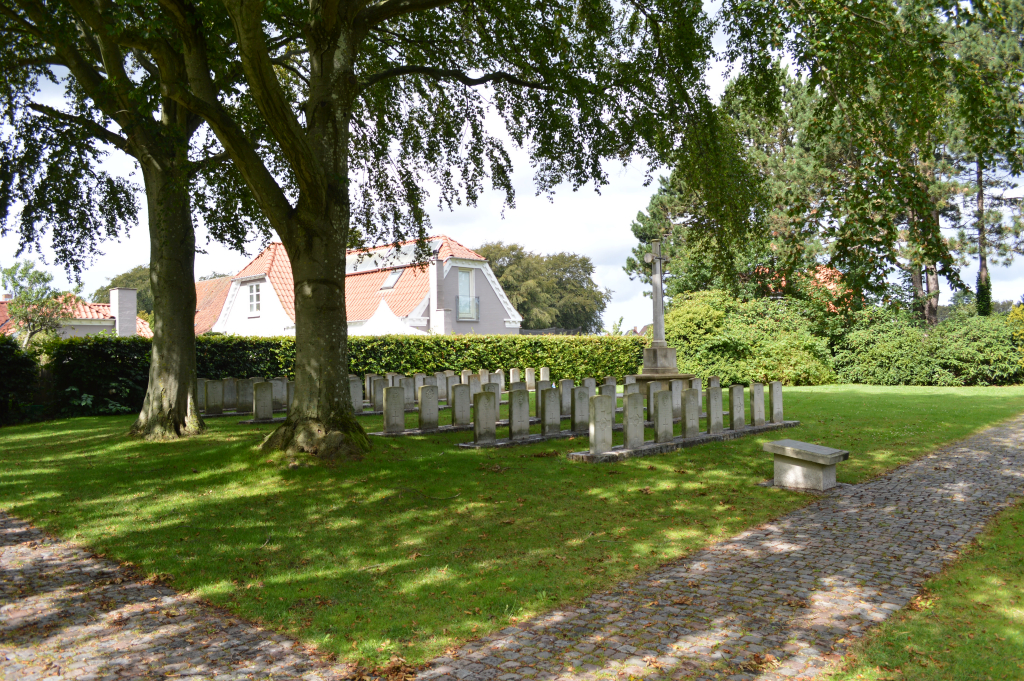 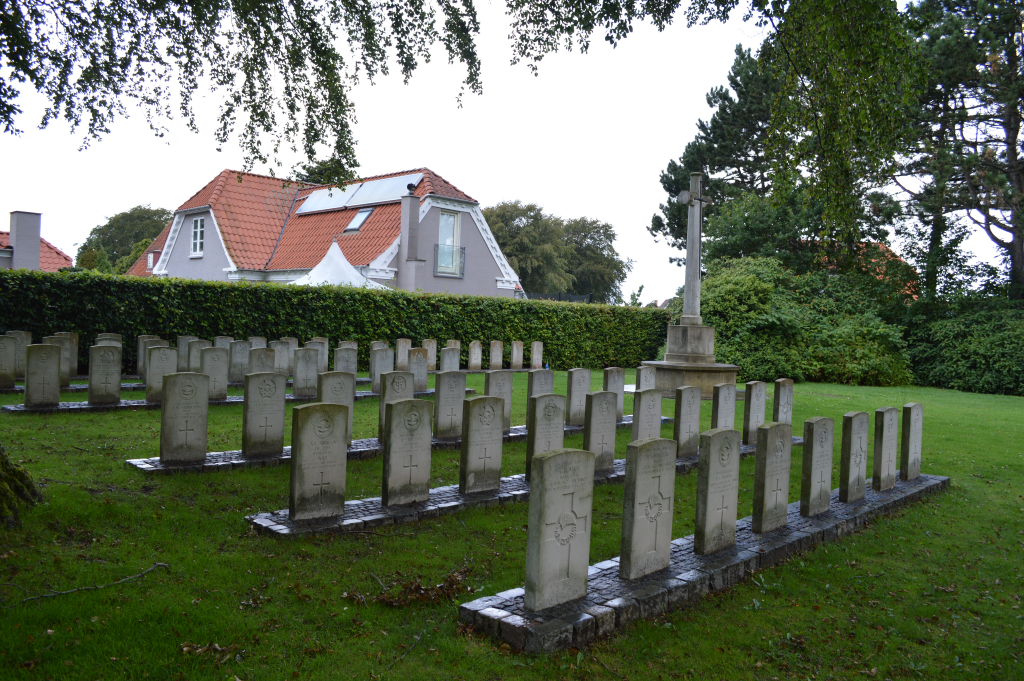 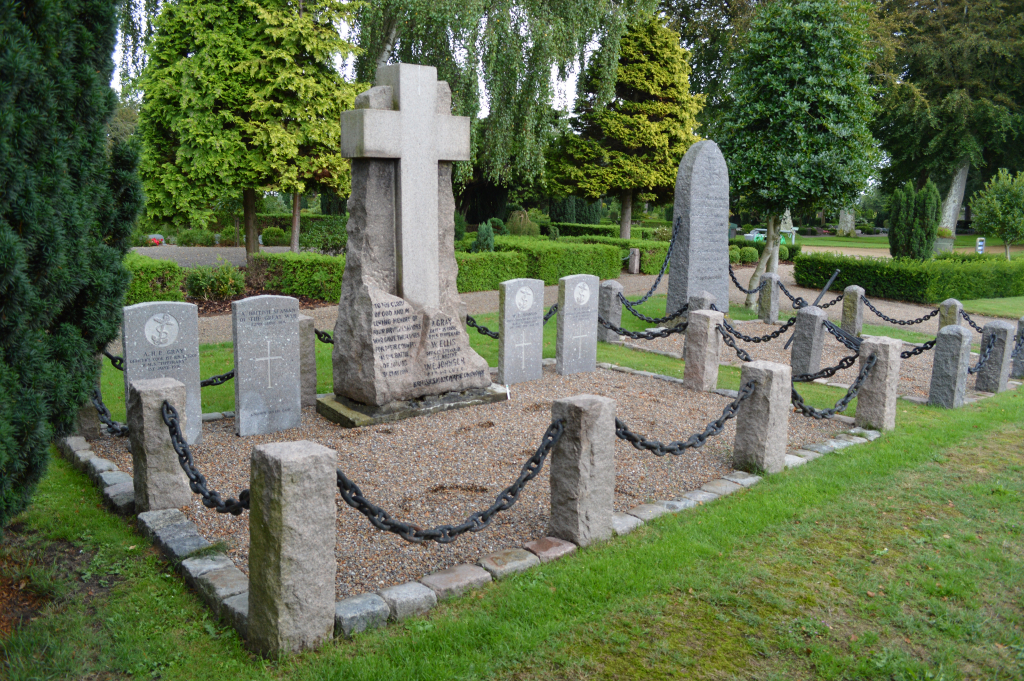 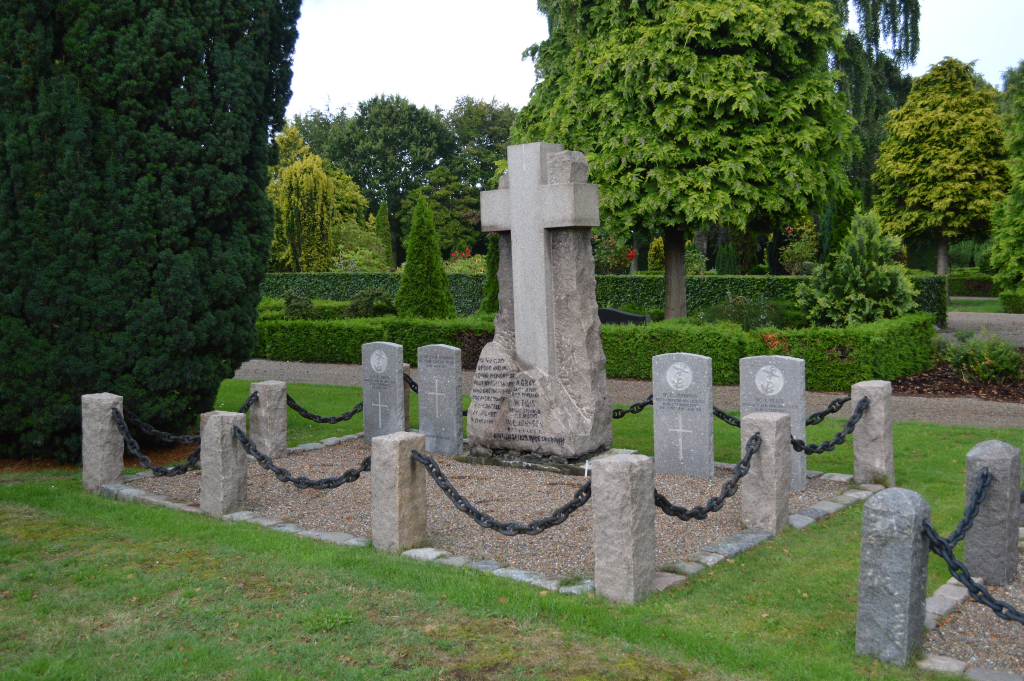 Frederikshavn is a major port in northern Jutland. Accessible by rail and by road from Copenhagen, take motorway E45 which terminates near Frederikshavn harbour from where main road 35 continues through the town. Signposted left to Hjørring, take the first right into Gammel Skagensvej. From the third cemetery entrance on the right in Gammel Skagensvej (marked with a green CWGC sign) take the path to the left to the boundary wall and follow the wall towards the north-east corner of the cemetery until the Cross of Sacrifice in the Commonwealth Second World War Plot comes into view. From this Plot, the First World War Commonwealth War Graves may be found by proceeding through the German War Graves Plot towards the opposite boundary wall after taking the path in line with the Cross of Sacrifice. The four WW1 granite headstones and private memorial are located approximately 50 metres beyond the German Plot.

Frederikshavn Cemetery contains a Commonwealth plot of 65 Second World War burials, mostly airmen, and five of them unidentified. Buried elsewhere in the cemetery are four First World War casualties, all naval ratings killed in the Battle of Jutland in 1916, one of whom is unidentified.

The Commonwealth plot also contains the grave of a Polish airman.