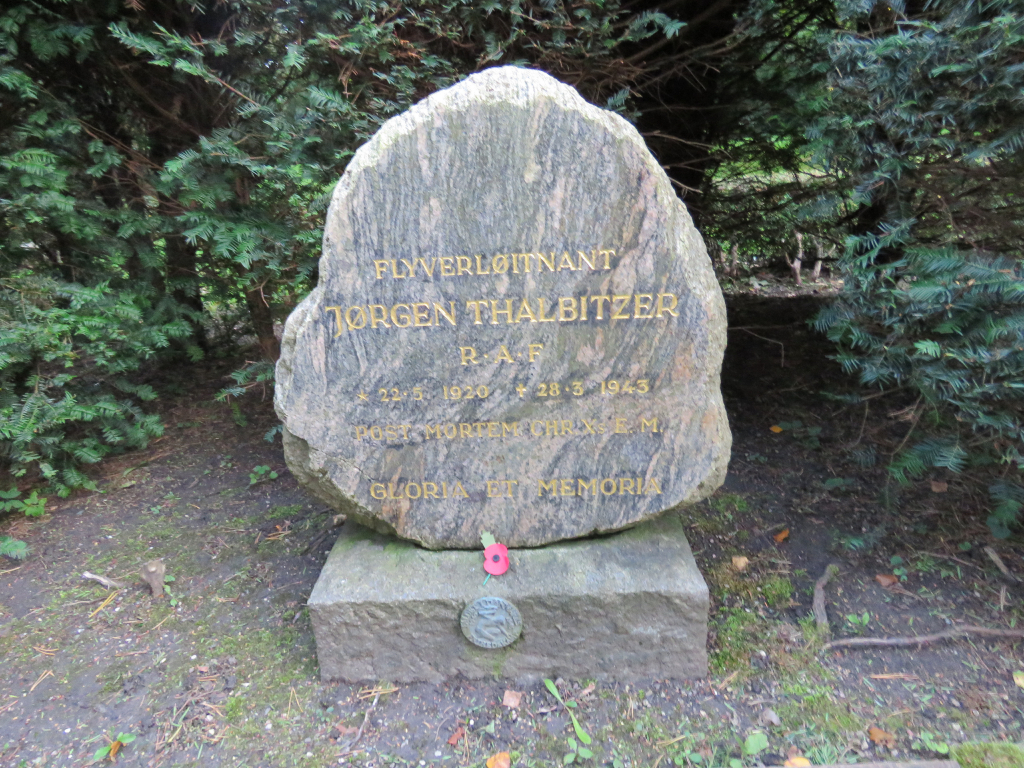 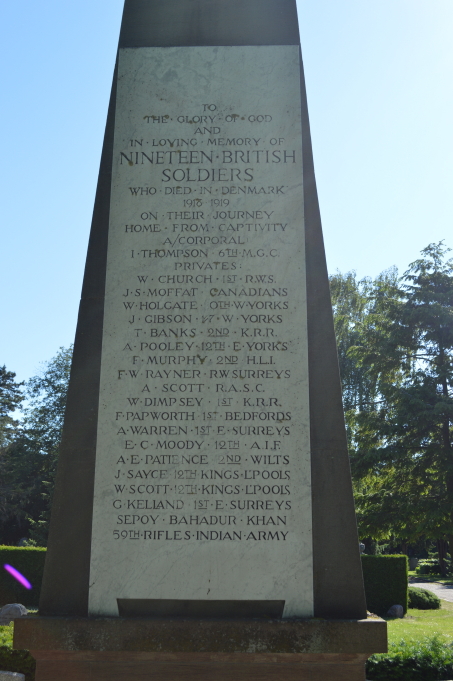 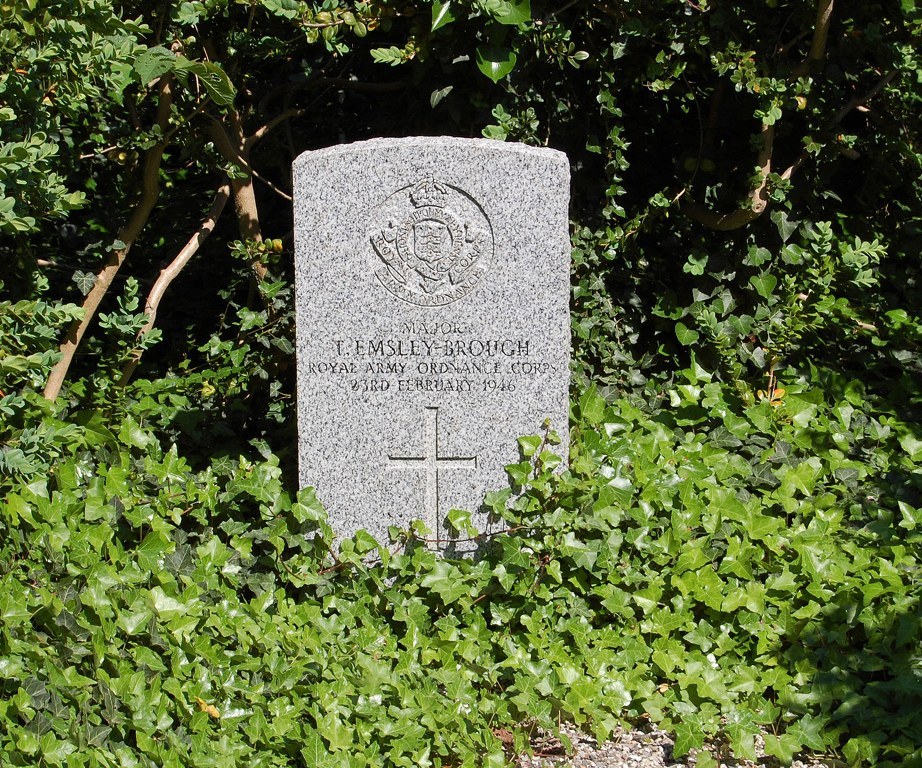 Copenhagen Western Cemetery is located in the south west part of the city in Vestre Kirkegårds Allee. Walk or drive through the main entrance (a box containing cemetery maps is on a wall to the right) and the road bears slightly left. Keep following this road westward to the end and turn right. The main CWGC Plot is on the right marked by a tall obelisk. One private memorial stands in Plot 24, at the western edge of the cemetery. Plot 24 is accessible via 2 sets of ramps to the lowest terrace fenced off from the main road. Take the right hand of these ramps down to Plot 24 and turn left to Grave 169 which you will within 50 metres. The second private memorial is in the triangular Area 5, Row 27. Grave 12 is in an enclosed hedged area to the centre left of this plot, found by a large pine tree.

Copenhagen Western Cemetery contains 24 Commonwealth burials of the First World War, most of whom were released prisoners of war who died in the winter of 1918/19 whilst awaiting repatriation to the UK (via the Danish Scheme).

The cemetery also contains the graves of three Commonwealth casualties of the Second World War.