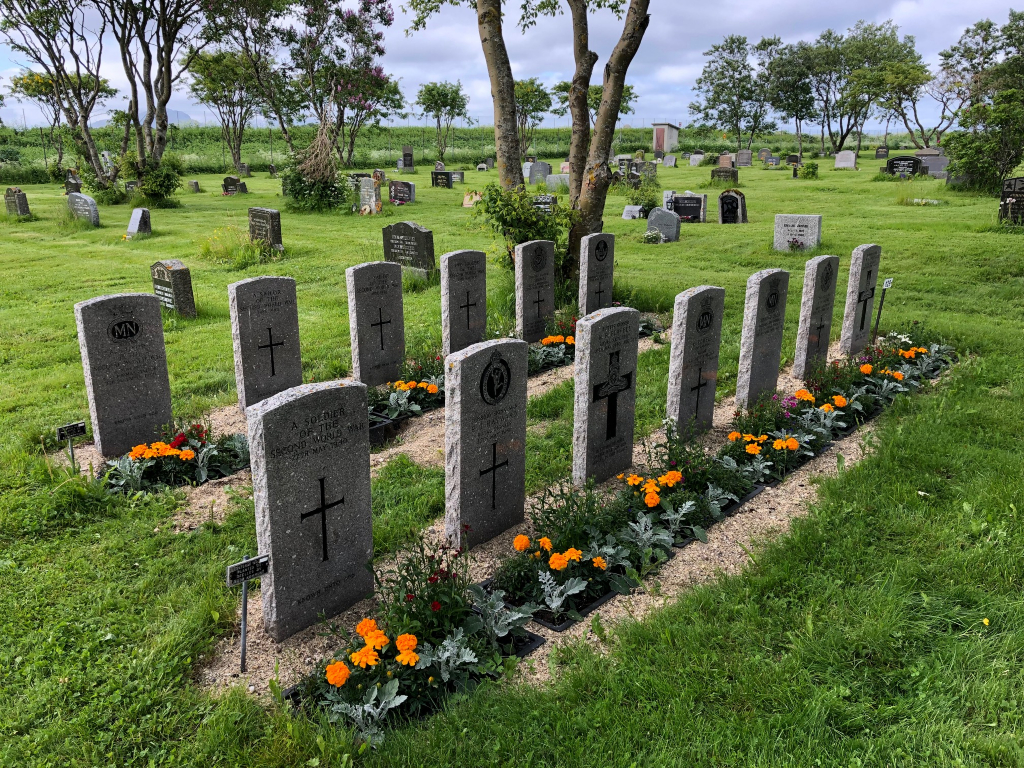 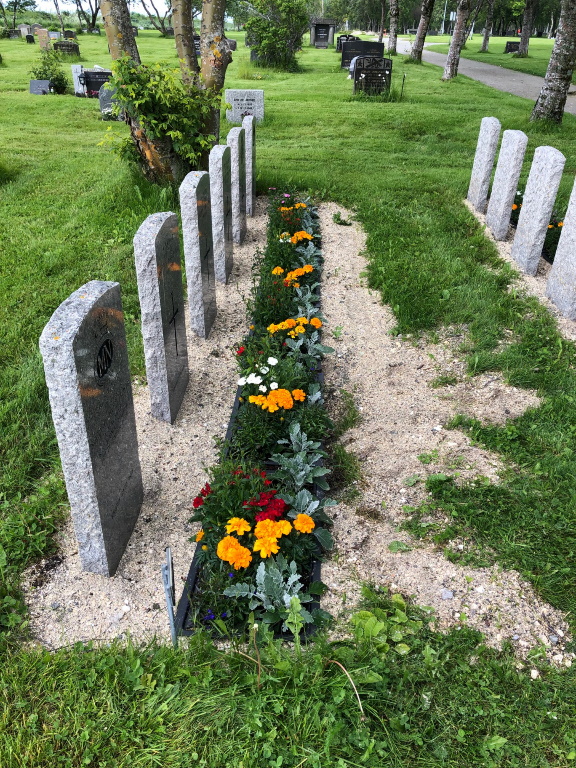 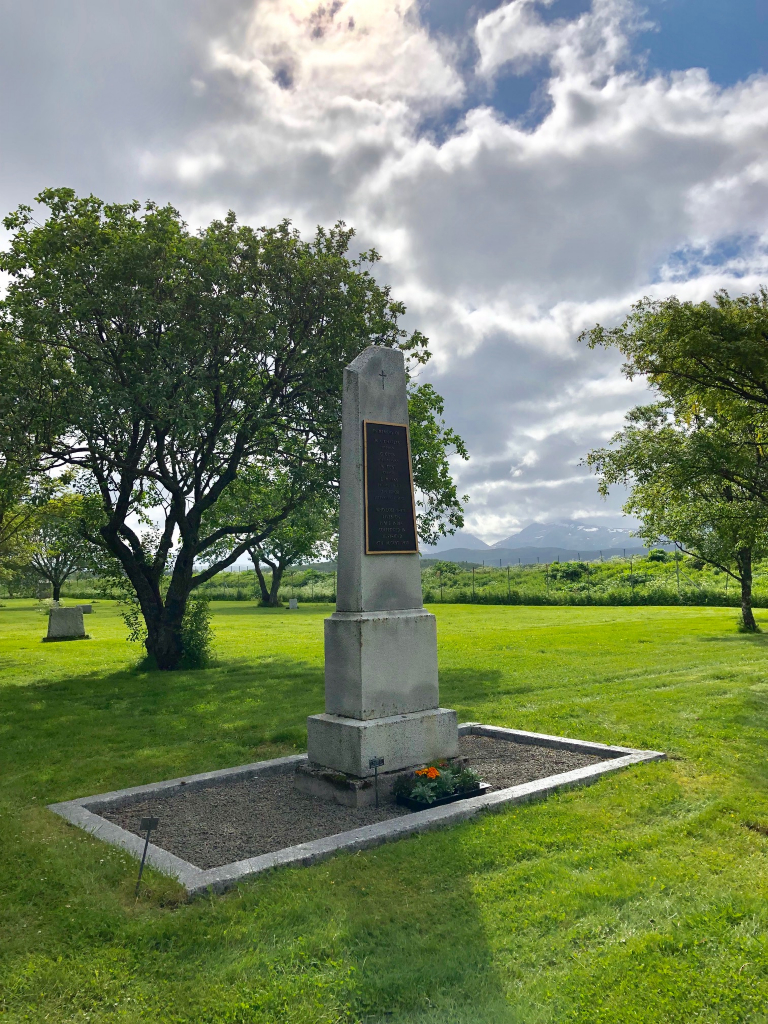 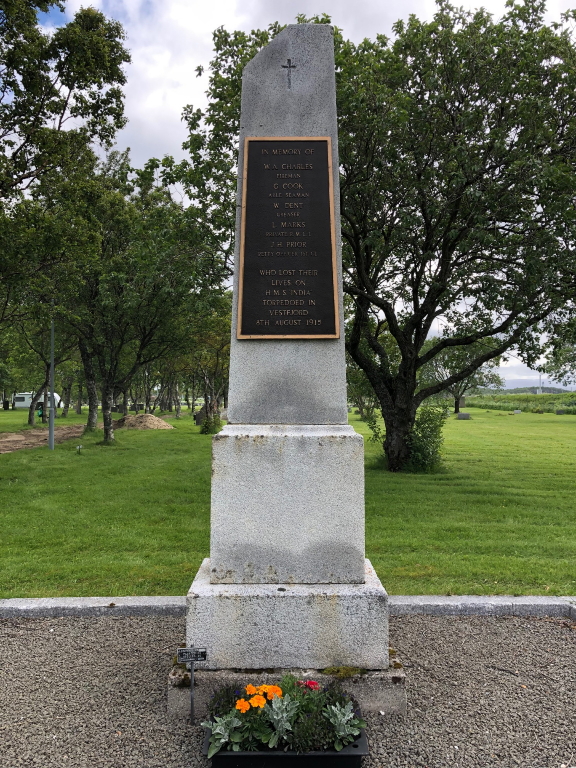 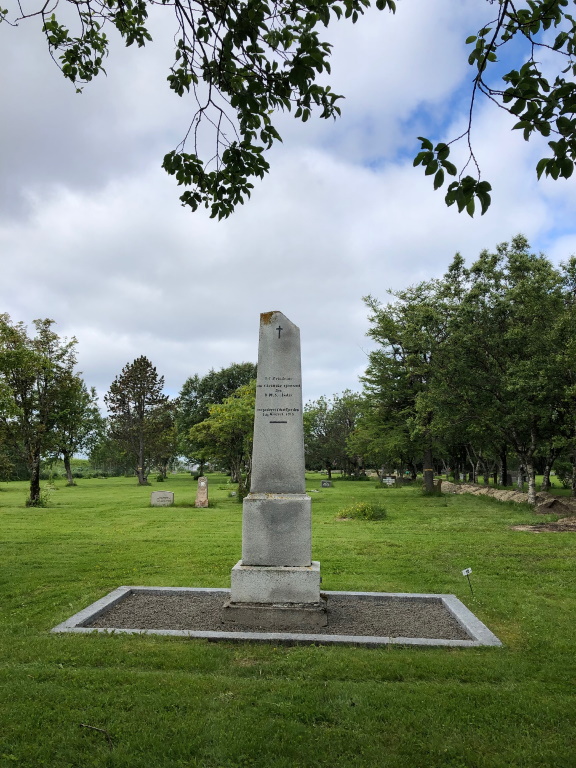 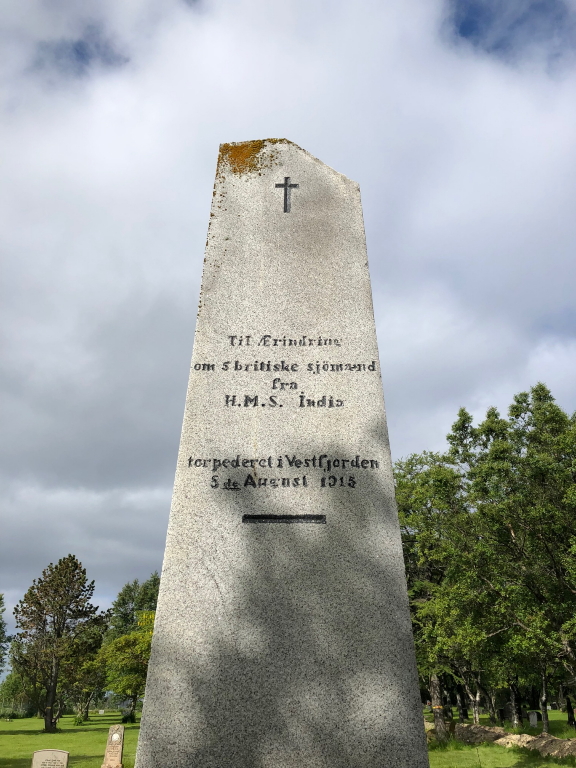 Bodo is a port on the north west coast of Norway. Branch off the main E6 route on to route 80 signposted to Bodo. At the junction where the town centre is signposted straight ahead and Bodo airport is signed to the left, follow the airport sign on to Olav V Gate. Continue on this road to the third roundabout, turn left here and the cemetery entrance is in front of you. From the entrance gate follow the path past the chapel for approximately 150 metres to the T junction. For the Second World War plot turn left and follow the path for 80 metres. The graves are on the right hand side in plot 129. For the First World War memorial turn right at the T junction and follow the path for 100 metres. The memorial, a four metre high granite obelisk surrounded by bollards and chains, is on the left hand side 10 metres in from the path in plot 10.

During the Second World War, Norway was of strategic importance to the Germans. Their invasion on 9 April 1940 was sudden and widespread and despite Allied intervention, the entire country was under German occupation by early June. Thereafter, Allied activity in Norway was confined to raids and special operations, with the Commonwealth air forces providing support to Norwegian resistance groups until the German capitulation in May 1945. There are no Commonwealth war cemeteries in Norway, those who died there being buried in civil cemeteries and churchyards. Bodo was occupied by Allied forces in April 1940 in order to cut off the Germans from their garrison at Narvik. Reinforcements began to arrive, but on 14 May, a ship carrying the 1st Battalion, Irish Guards from Harstad was set on fire by German aircraft while nearing Bodo, and although most of the troops were rescued, six officers were killed. On 20/21 May, fresh reinforcements arrived to form the "Bodoforce", but as a result of intense air attacks on the town, docks and aerodrome of Bodo, it was decided to withdraw. All the troops were evacuated on 29/31 May after a violent air raid which destroyed the town. A small Commonwealth war graves plot in Bodo cemetery contains 14 Second World War burials, six of them unidentified. Elsewhere in the cemetery is the collective grave of five naval ratings of the First World War, all of whom died when HMS "India", an armoured merchant cruiser, was sunk by submarine on 8 August 1915 in the Vest Fjord. The grave is marked by a large private memorial.