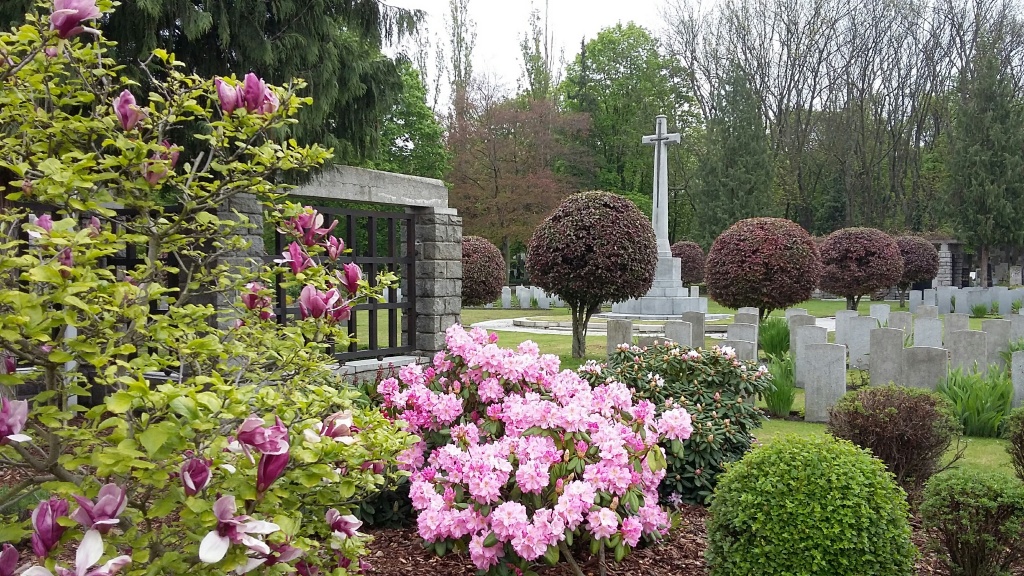 Prague War Cemetery is, in fact, a British plot adjoining a boundary wall on the north side of the Civil Cemetery of Olsany. The cemetery is located on the eastern outskirts of Prague on the road 333 to Stasnice. From the city centre take the Vinohradska road in the direction of Stasnice. After about 3 kilometres the wall of the large civil cemetery will be seen on the left hand side of the road. At the next junction turn left into Jana Zelviskeho which runs between the two sections of the civil cemetery. Entry to the eastern section is through a small gateway in the wall about 50 metres from the Vinohradska junction. The War Cemetery is left through the gate and straight on to the end.

The opening times are as follows:

Prague War Cemetery was constructed by the Czechoslovak Government, to plans provided by the Imperial War Graves Commission, under the terms of the War Graves Agreement of 3 March 1949. It contains 256 Commonwealth burials of the Second World War, 34 of which are unidentified. The graves were brought into the cemetery from 73 small cemeteries scattered all over the Czech Republic. Many of those buried here died as Prisoners of War. There are also eight Polish war graves.