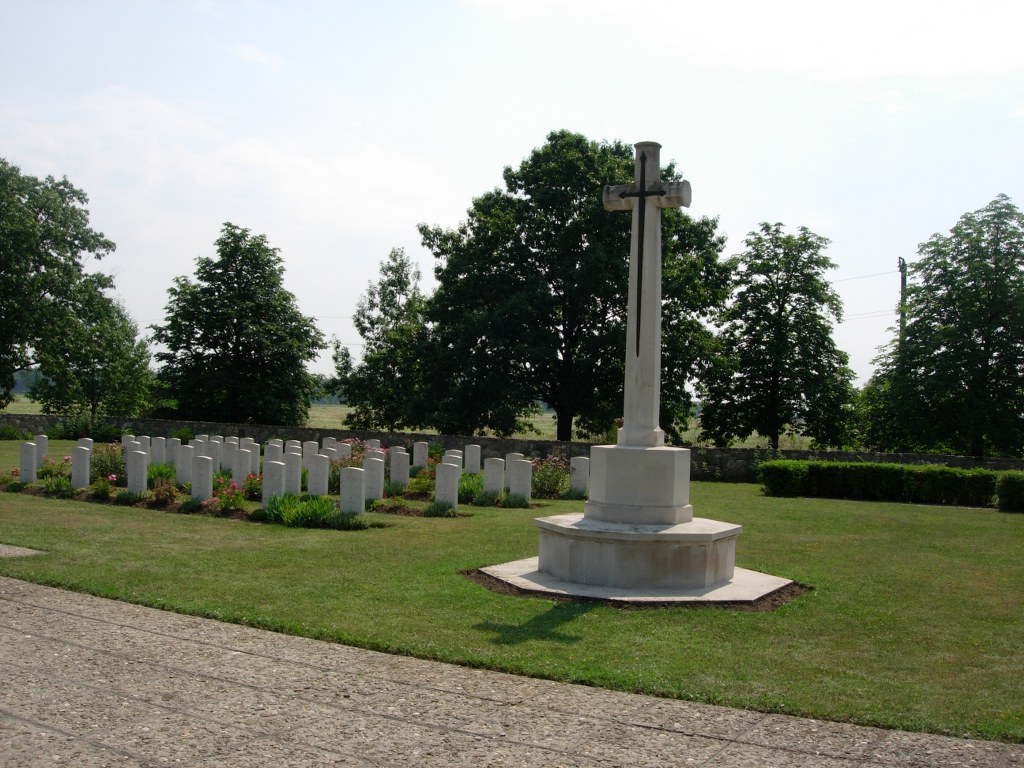 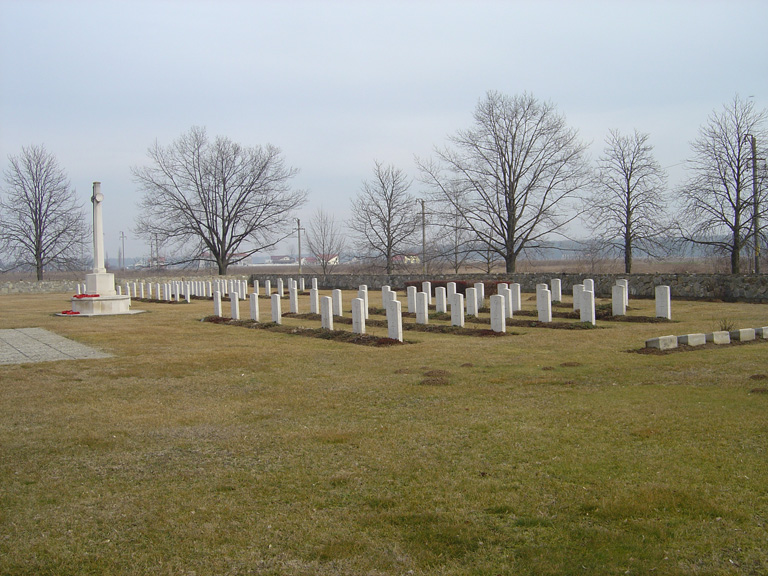 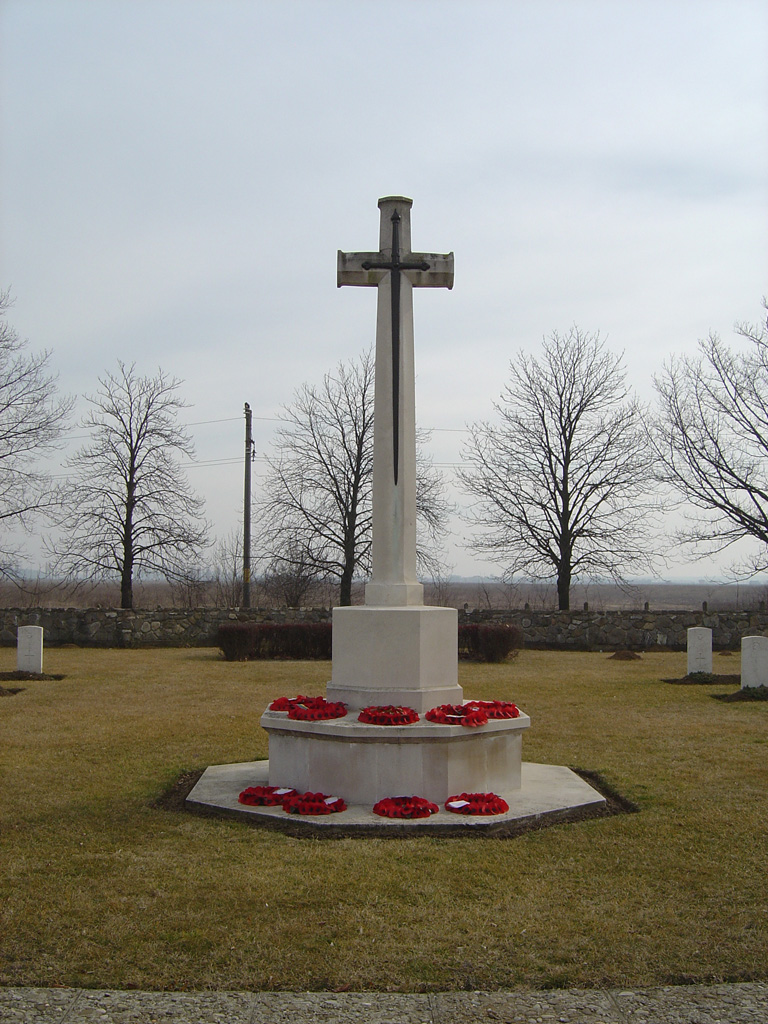 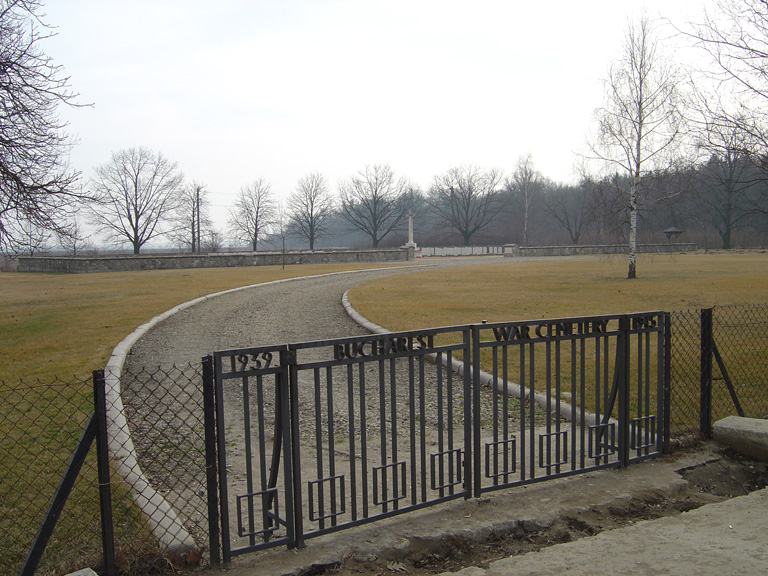 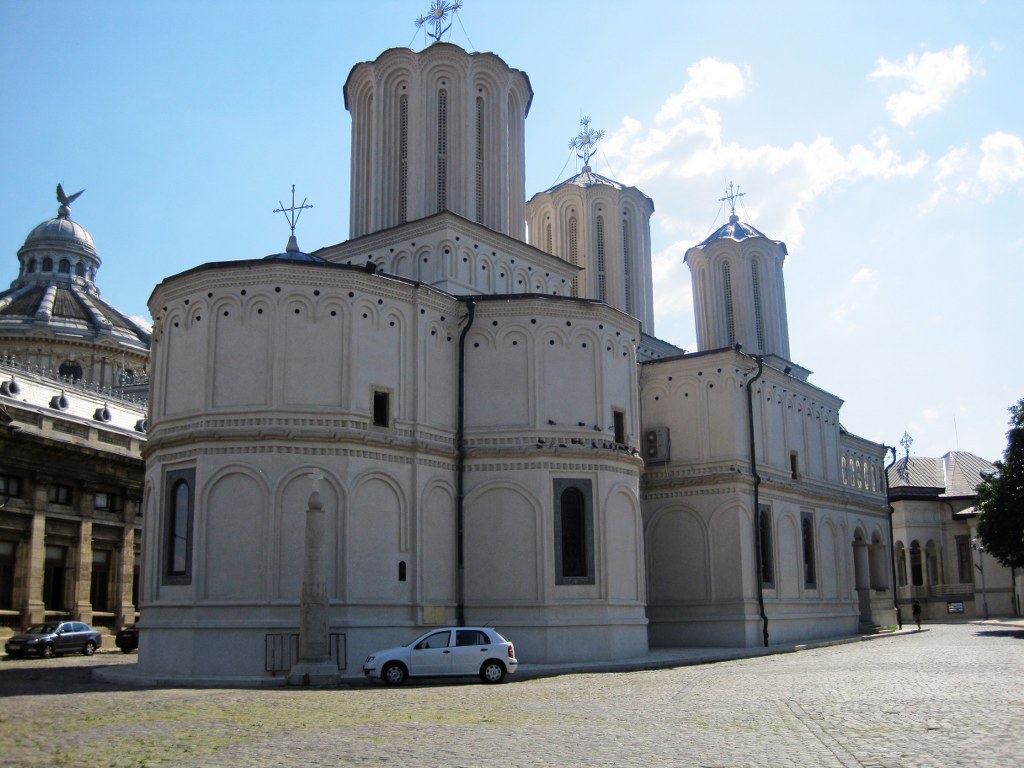 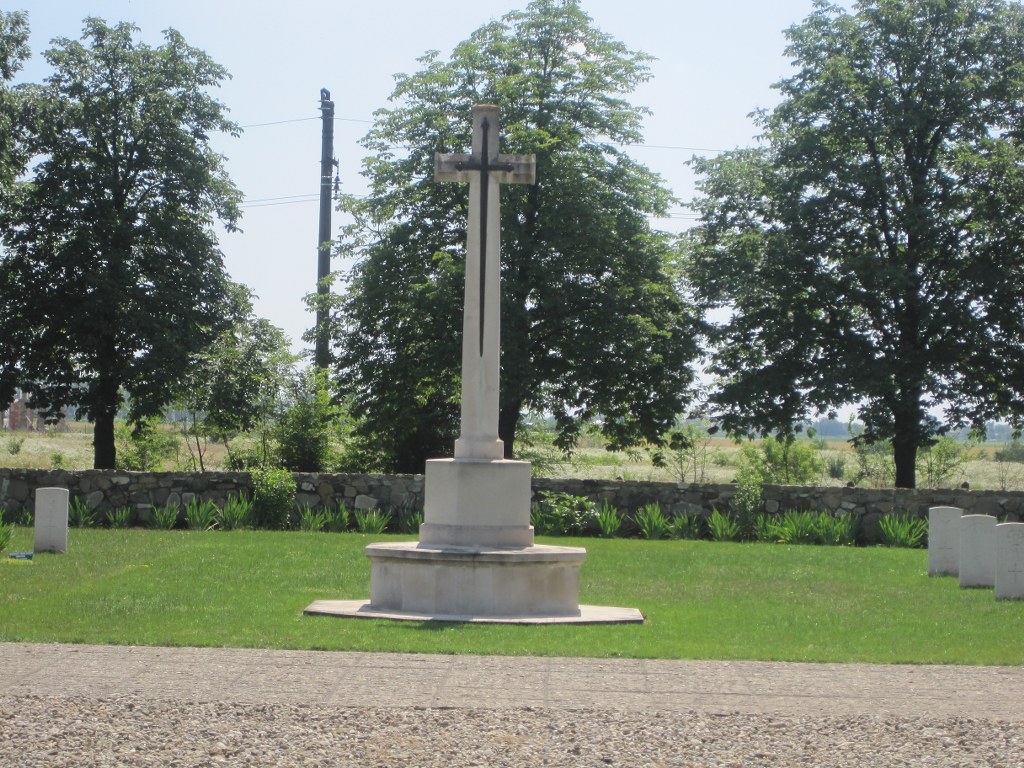 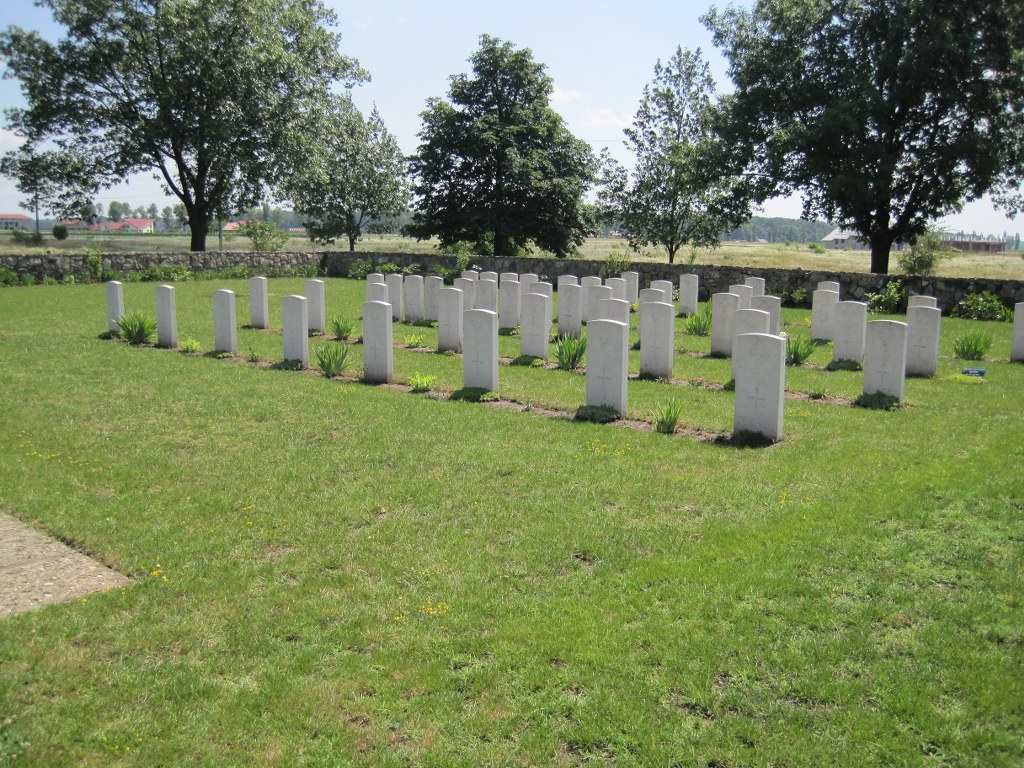 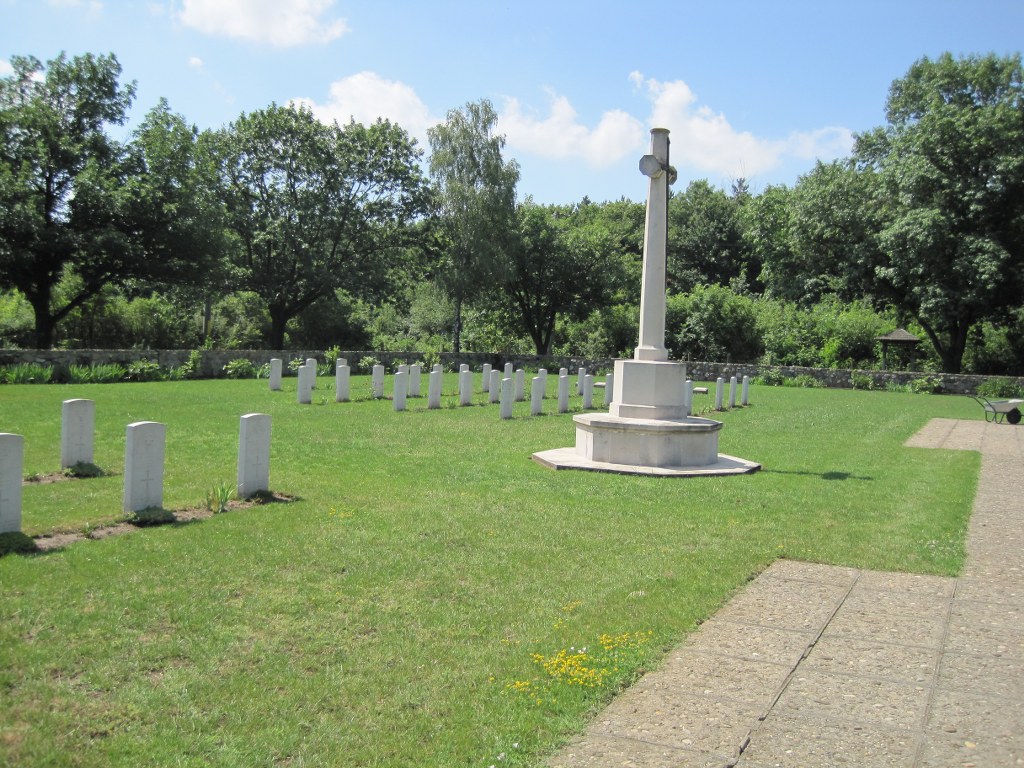 Bucharest is a cathedral and university city on the banks of the Dambovito River, and the capital of Romania. Bucharest War Cemetery lies outside of the Bucharest city limits. Heading north on Highway 1, on the road to Ploestei, it is approximately 20 kilometres from the Bucharest Henri Coanda International Airport. The Cemetery is between the villages of Tancabesti (to the south) and Cioplani (to the north) on the right hand (east) side of the road.

Great Britain and France made efforts before the Second World War to build up a Balkan bloc, which in the event of war would remain neutral. These efforts were not successful but in April 1939, Romania, who had fought against Germany during the First World War, accepted guarantees from the western powers and on 5 September that year, she declared her neutrality. The Romanian government, however, was subjected to pressure by both Germany, who wanted her oil and grain, and Russia, who wanted Bessarabia. On 26 May 1940 an oil pact with Germany was concluded and on 28 June, Russia occupied Bessarabia and a considerable part of Bukovina. Three months later the government fell, the king fled and General Antonescu, a friend of the Axis, assumed power. Under the guise of military missions, German land and air forces were sent into the country in ever increasing numbers and Romania rapidly became a satellite Axis state. Although this extension of Germany's political and military control into south-eastern Europe presented a potential threat to the strategic interests of the Western Allies in the Middle East, there was little that could be done at that time beyond encouraging the resistance which developed within the country and by sending in what war material was available. In October 1943 the Balkan Air Force was formed, consisting of Commonwealth, American, Greek, Yugoslav and Italian squadrons. Operating from bases in Italy, Greece and later Yugoslavia, it was possible to inflict crippling blows on the German forces in Romania, with the heavy and persistent bombing of oil fields, lines of communication and other strategic points.. The 83 Commonwealth burials of the second World War in Bucharest War Cemetery are all airmen, save for two soldiers who were members of British Military Missions. The cemetery contained only Second World War graves until 1974, when following the closure of Braila (St. Constantine) Protestant Cemetery, six First World War naval graves were transferred in. In addition, there is a special memorial to one Indian soldier of the First World War buried in Bucharest German Protestant Cemetery, whose grave is lost.