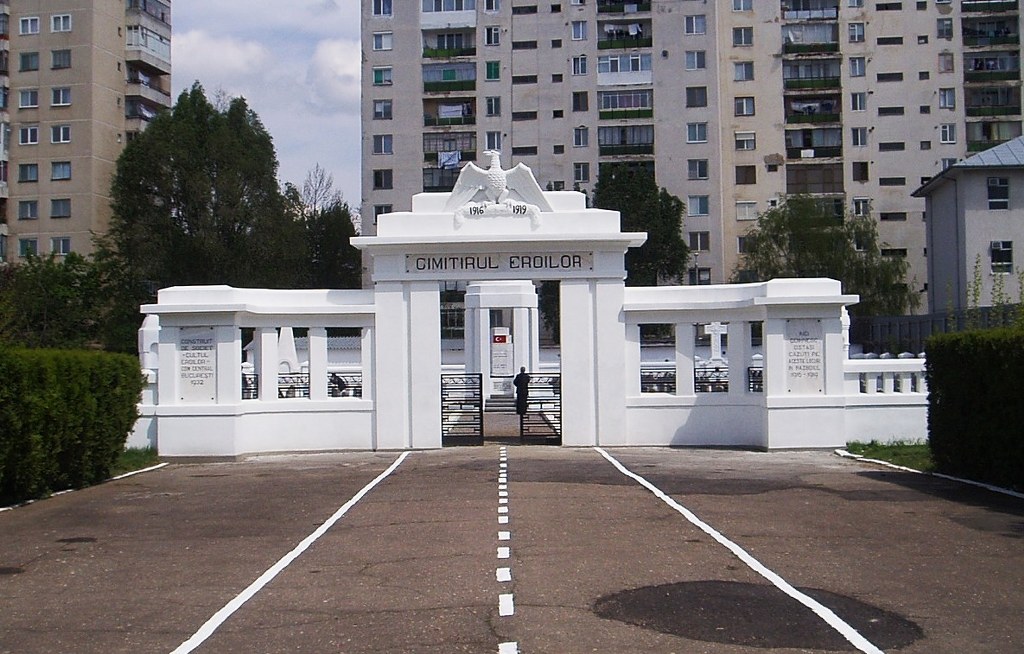 Slobozia is a town on the Jalomitza (Ialomita), approximately 125 kilometres east of Bucharest. The Commonwealth War Graves Plot is situated in what is well known locally as the 'Heroes Cemetery' in Strada Eternitatii.

Slobozia Military Cemetery is locked and visitors will need to collect the key from the funeral parlour at the end of the street (Strada Eternitatii) to gain access.

Slobozia Military Cemetery was made in 1920 by the Romanian Government for the reburial of those Indian soldiers, captured by the Germans and sent to work in Romania, who died in captivity. The majority, mainly Gurkhas, died at Morile and Marculesci, to the east of Slobozia.

The cemetery contains 83 Commonwealth burials of the First World War, eight of them unidentified.