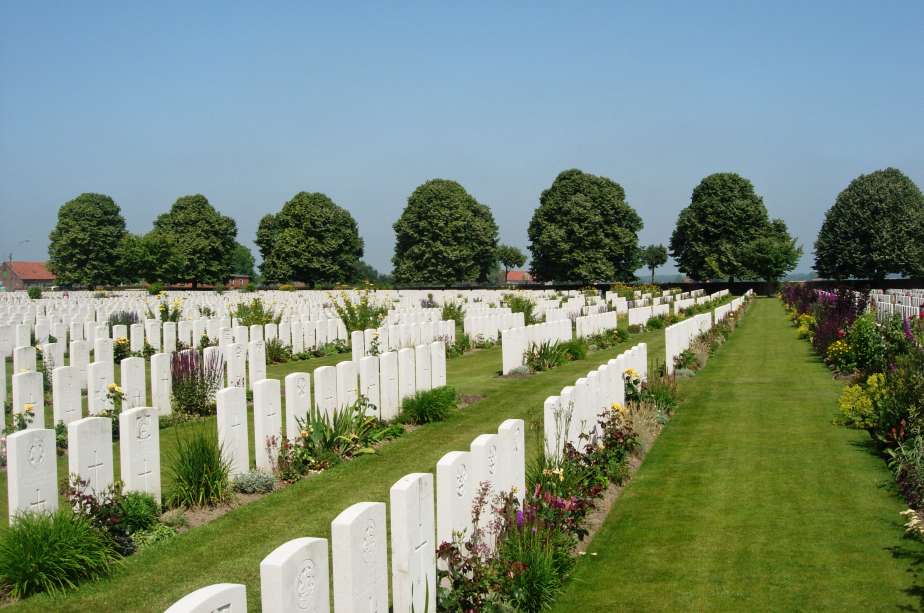 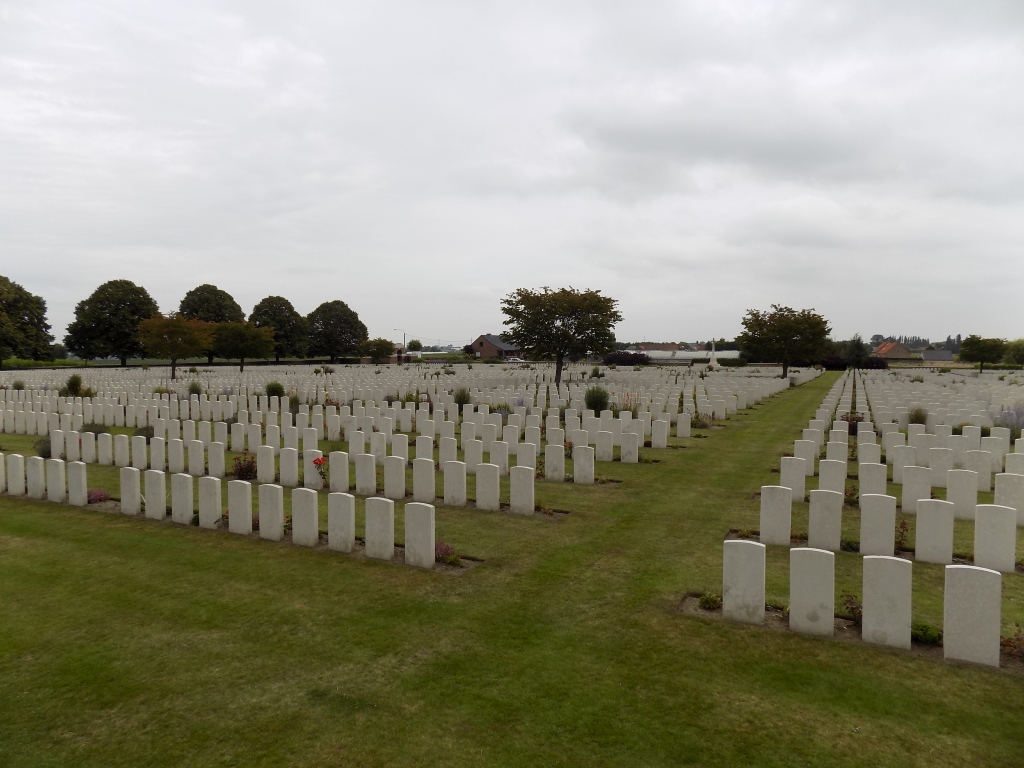 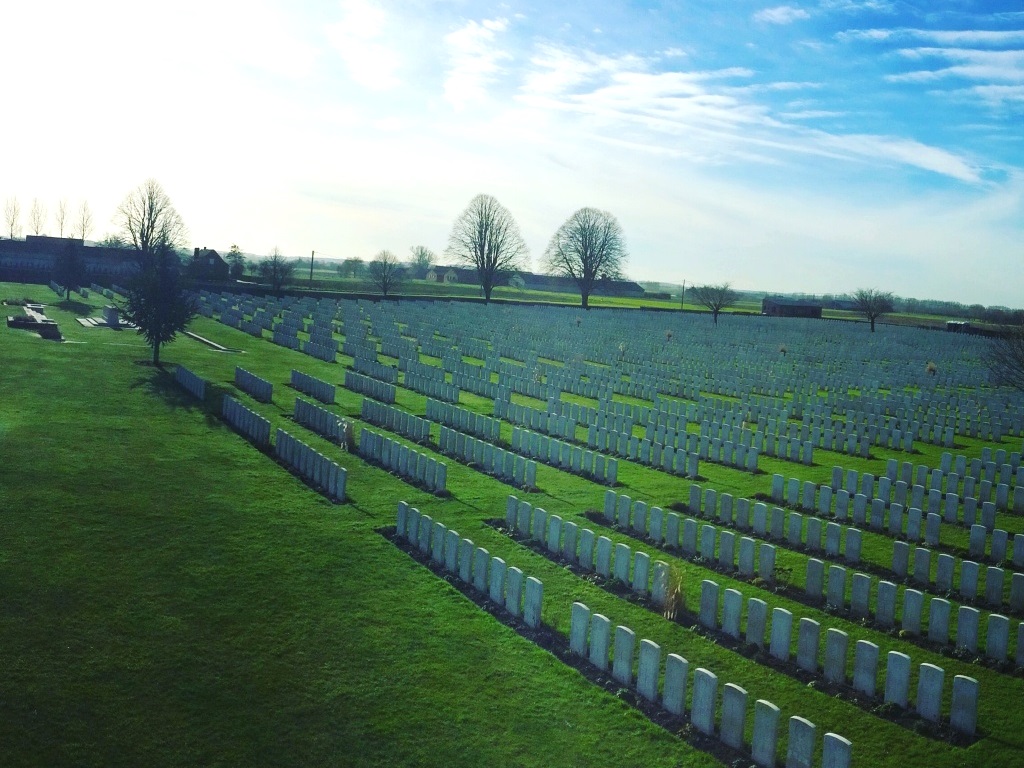 Poelcapelle British Cemetery is located 10 Kms north-east of Ieper town centre on the Brugseweg (N313), a road connecting Ieper to Brugge. Two streets connect Ieper town centre onto the Brugseweg; Torhoutstraat leads from the market square onto the Kalfvaartstraat. At the end of Kalfvaartstraat is a large junction on which Brugseweg is the first right hand turning. The cemetery itself lies 10 Kms along the Brugseweg on the right hand side of the road after passing through the village of Poelkapelle.

Wheelchair access to the site is possible, but may be by an alternative entrance. For further information regarding wheelchair access, please contact our Enquiries Section on telephone number 01628 507200

Poelcapelle (now Poelkapelle) was taken by the Germans from the French on 20 October 1914, entered by the 11th Division on 4 October 1917, evacuated by Commonwealth forces in April 1918, and retaken by the Belgians on 28 September 1918.

Poelcapelle British Cemetery was made after the Armistice when graves were brought in from the surrounding battlefields and the following smaller cemeteries:-

HOUTHULST FOREST NEW MILITARY CEMETERY, LANGEMARCK, near the South side of the Forest, on the road from Poelcapelle to Houthulst. Here were buried a number of French soldiers, as well as 21 soldiers and two airmen from the United Kingdom, who fell in the winter of 1917-18.

KEERSELAERE FRENCH CEMETERY, LANGEMARCK, about 800 metres West of the hamlet of Keerselaere, in which 29 French soldiers, five Canadian and two from the United Kingdom were buried in 1915, apparently by the enemy.

PILCKEM ROAD GERMAN CEMETERY, LANGEMARCK, on the South-West side of the bridge over the Hannebeek, in which 13 soldiers from the United Kingdom and one from Canada were buried by the enemy in 1914-17.

POELCAPELLE COMMUNAL CEMETERY, in which one soldier from the United Kingdom was buried in 1915.

POELCAPELLE GERMAN CEMETERY No.2, nearly 1.6 Kms South-East of the village, which contained the graves of 96 soldiers from the United Kingdom and Canada who fell in 1914-15.

ST. JEAN CHURCHYARD, in which 44 soldiers from the United Kingdom were buried in 1915, but which was completely destroyed in later fighting.

STADEN FRENCH MILITARY CEMETERY, made by the 169th Infantry Regiment and containing the graves of 80 French soldiers and one R.A.F. Officer.

VIJFWEGEN GERMAN CEMETERY No.1, close to the railway halte, in which three soldiers from the United Kingdom were buried by the enemy.

The great majority of the graves date from the last five months of 1917, and in particular October, but certain plots (IA, VIA, VIIA, LI and LXI) contain many graves of 1914 and 1915.

There are now 7,479 Commonwealth servicemen of the First World War buried or commemorated in Peolcappelle British Cemetery. 6,230 of the burials are unidentified but special memorials commemorate 8 casualties known or believed to be buried among them. Other special memorials commemorate 24 servicemen buried by the Germans in other burial grounds in the area whose graves could not be located. There is also 1 burial of the Second World War within the cemetery.

Among those buried in the cemetery is Private John Condon of the Royal Irish Regiment, who at 14 is thought to be the youngest battle casualty of the First World War commemorated by the Commission.