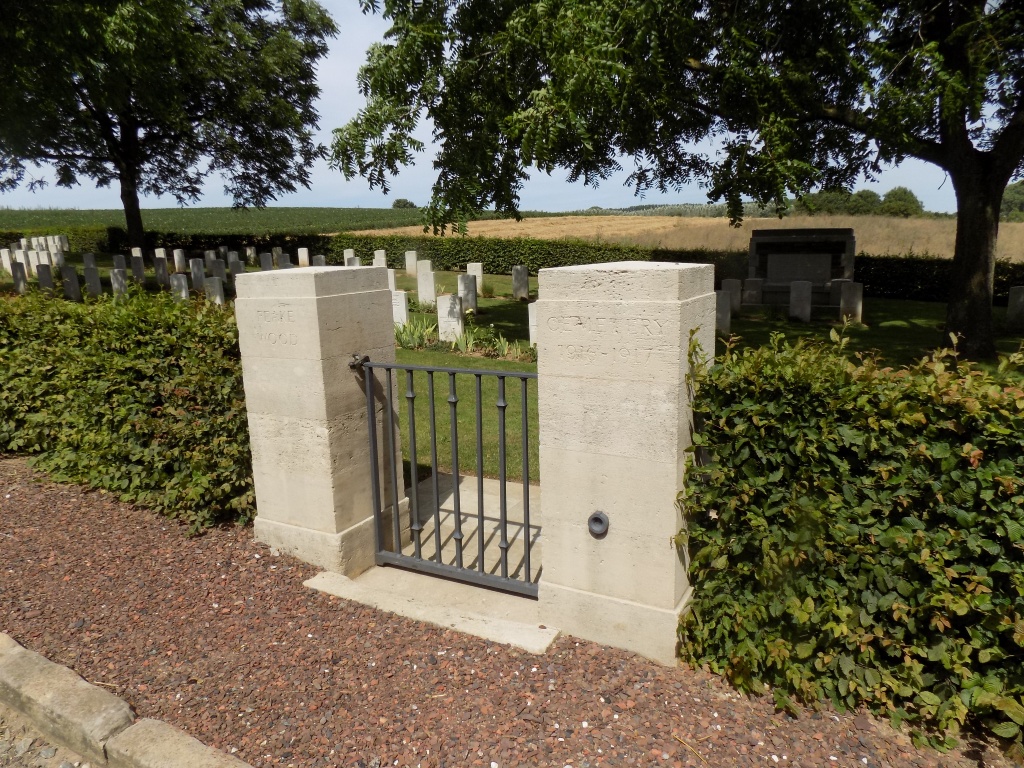 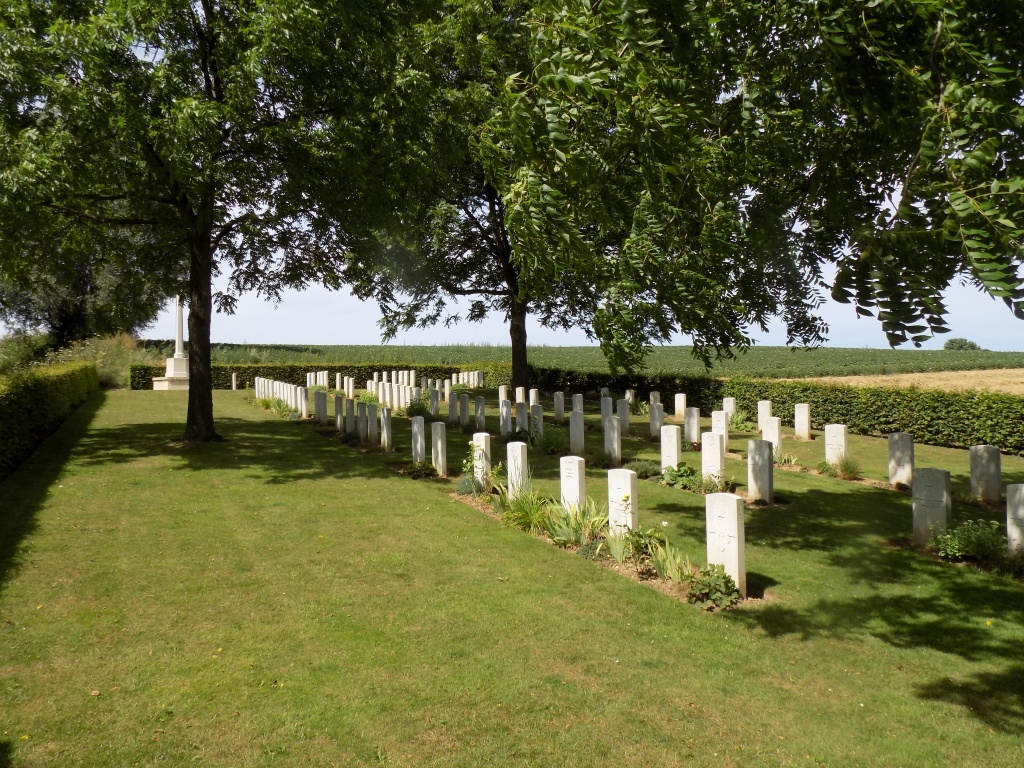 Fricourt is a village about 5 kilometres east of Albert. Peake Wood Cemetery will be found on the north-west side of the road about one kilometre from Contalmaison.

Peake Wood was the name given by the army to a copse on the south-east side of the road to Contalmaison. The wood fell into Allied hands on 5 July 1916, but the cemetery was not begun until later in the month. It was used as a front line cemetery until February 1917 and was in German hands from the end of March 1918, until nearly the end of the following August. The cemetery contains 103 burials and commemorations of the First World War, including special memorials to six casualties believed to be buried there but whose graves could not be located. The cemetery was designed by W H Cowlishaw.