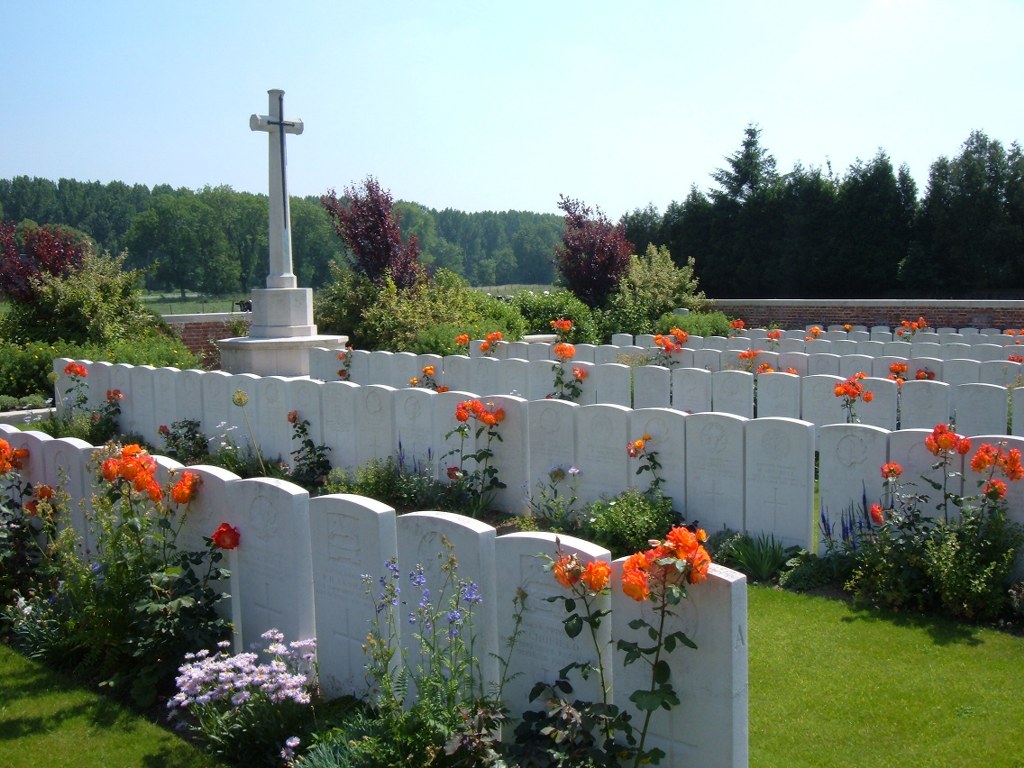 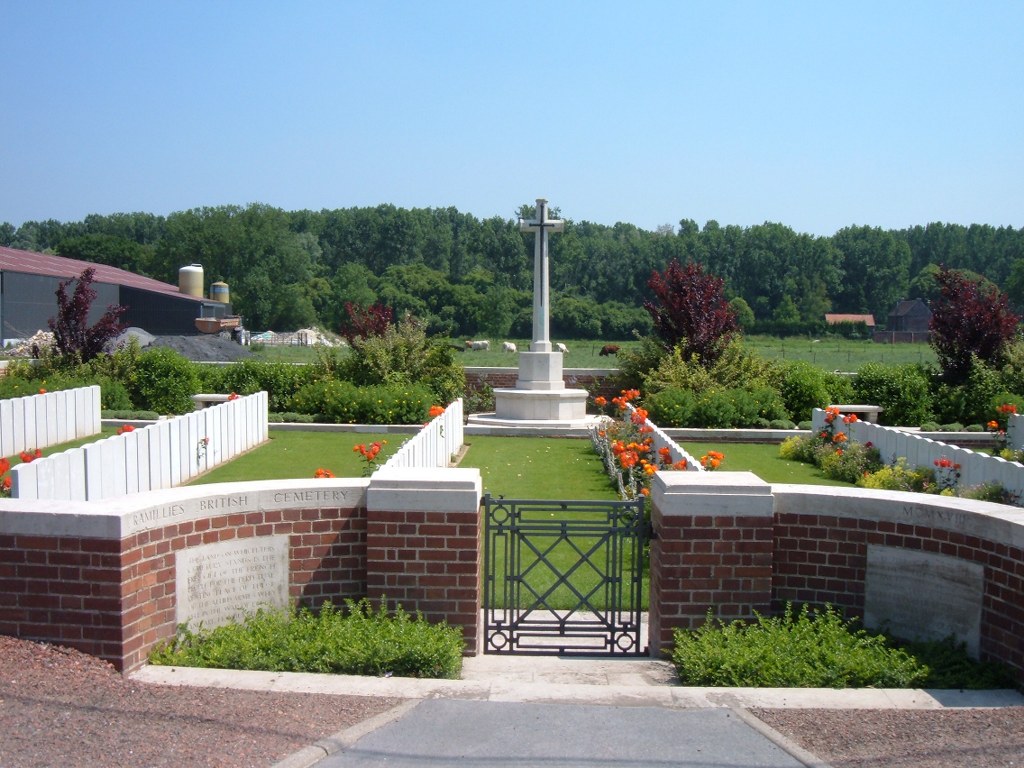 Ramillies is a village approximately 3 kilometres north-east of Cambrai. The Cemetery is signposted from the centre of the village and is situated just outside Ramillies on Rue d'erre.

The village of Ramillies was captured by the Canadian Corps on the night of 8-9 October 1918. The original cemetery contained 93 graves dating from 30 September to 17 October but after the Armistice, further graves were brought into the cemetery from the following:- ESCAUDOEUVRES CONVENT CEMETERY, which was South-West of the village of Escaudoeuvres, close to the road to Cambrai, in the grounds of the Convent of the Little Sisters of the Poor. It contained the graves of 80 soldiers from the United Kingdom, six from Canada, 43 German soldiers and two French civilians). MALINCOURT GERMAN CEMETERY, which contained the grave of a Chinese labourer. Ramillies British Cemetery now contains 180 First World War burials. The cemetery was designed by W C Von Berg.