Due to damage to the steps and paving at the entrance to this cemetery we have closed off the main entrance for safety reasons until further notice. Access is possible via the service entrance. A temporary register box has been installed so that visitors can still consult the cemetery register and visitor book. 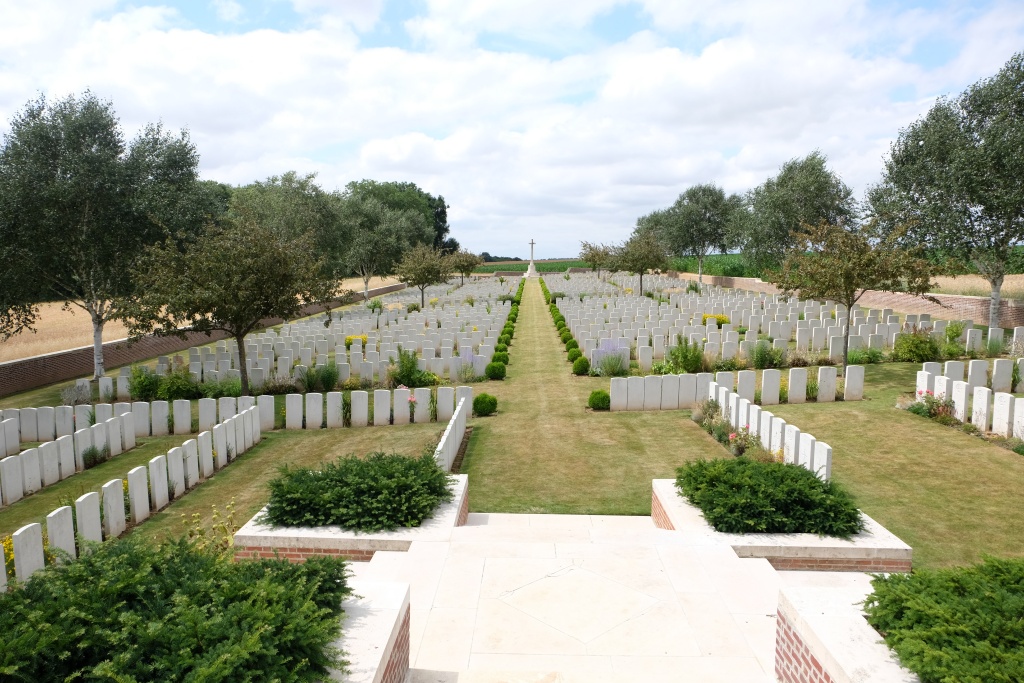 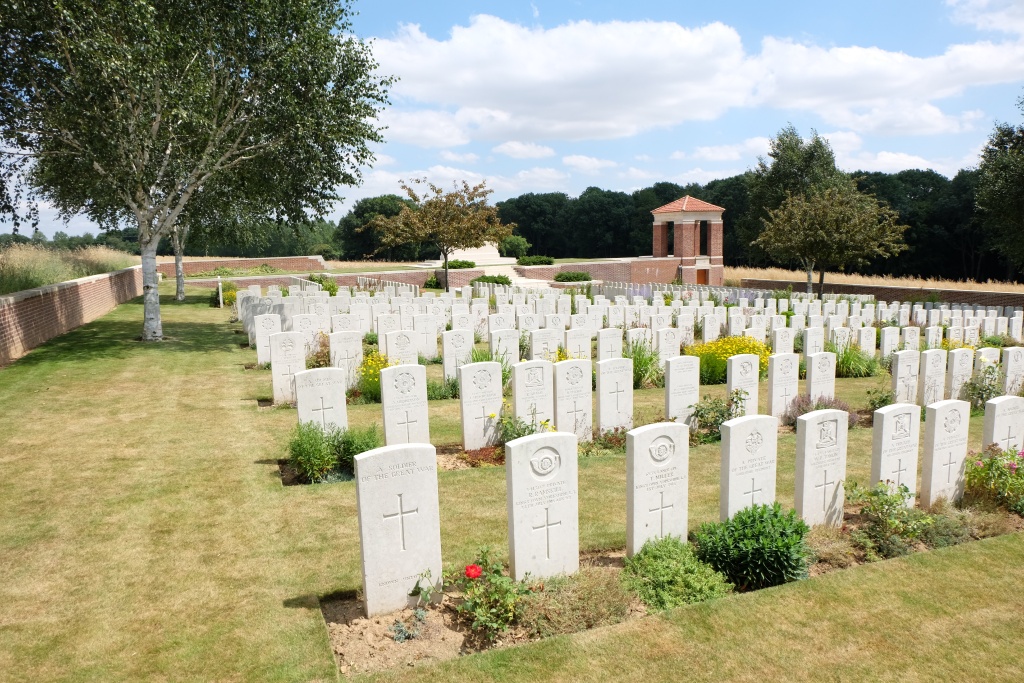 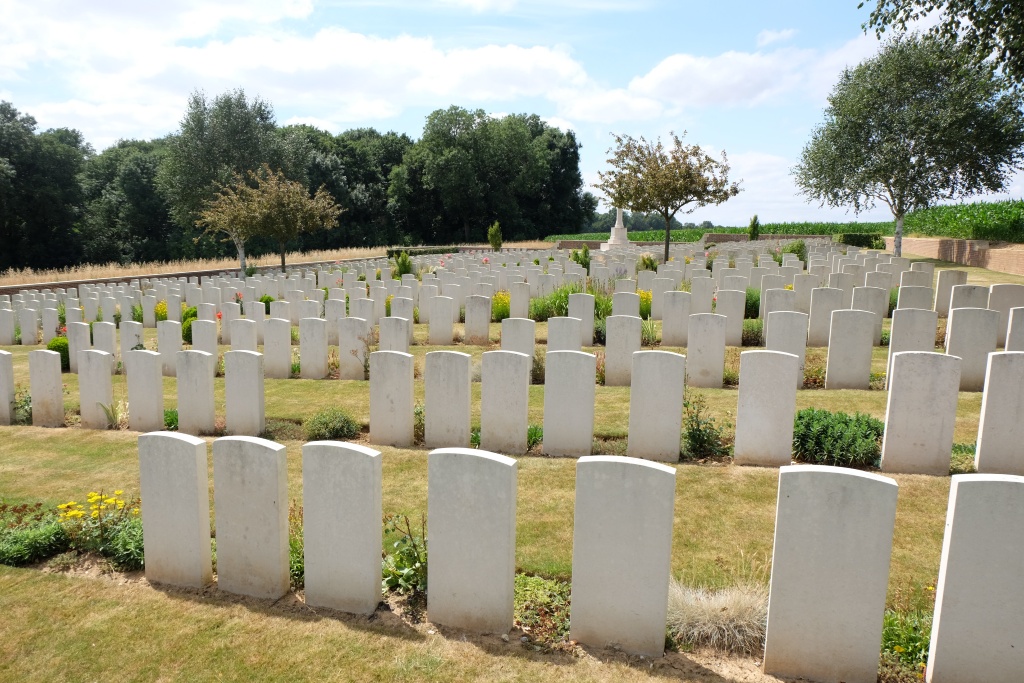 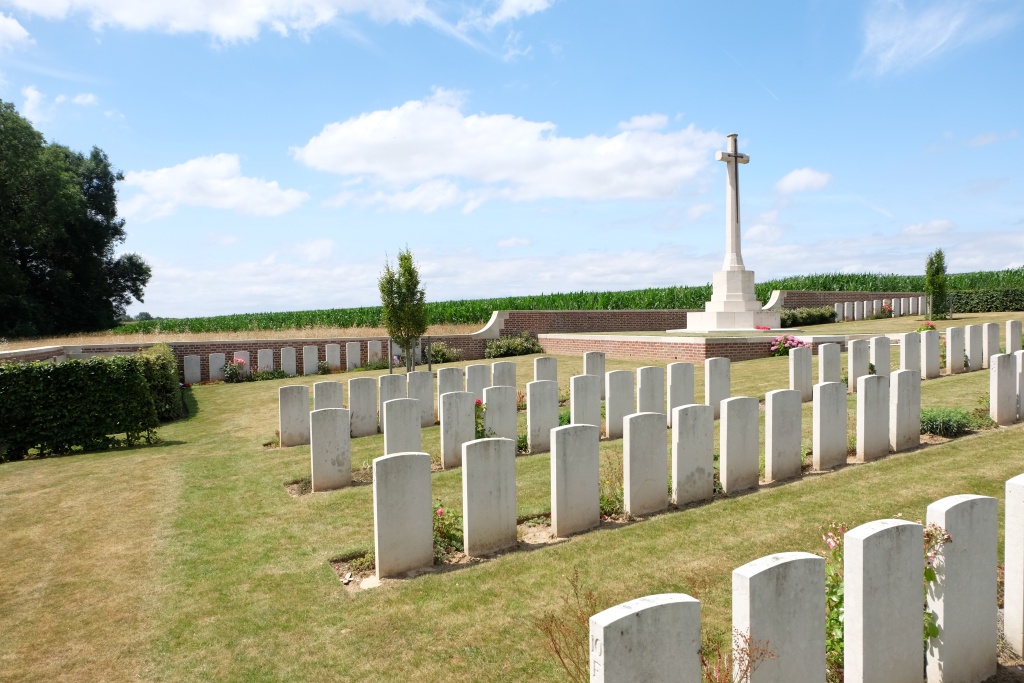 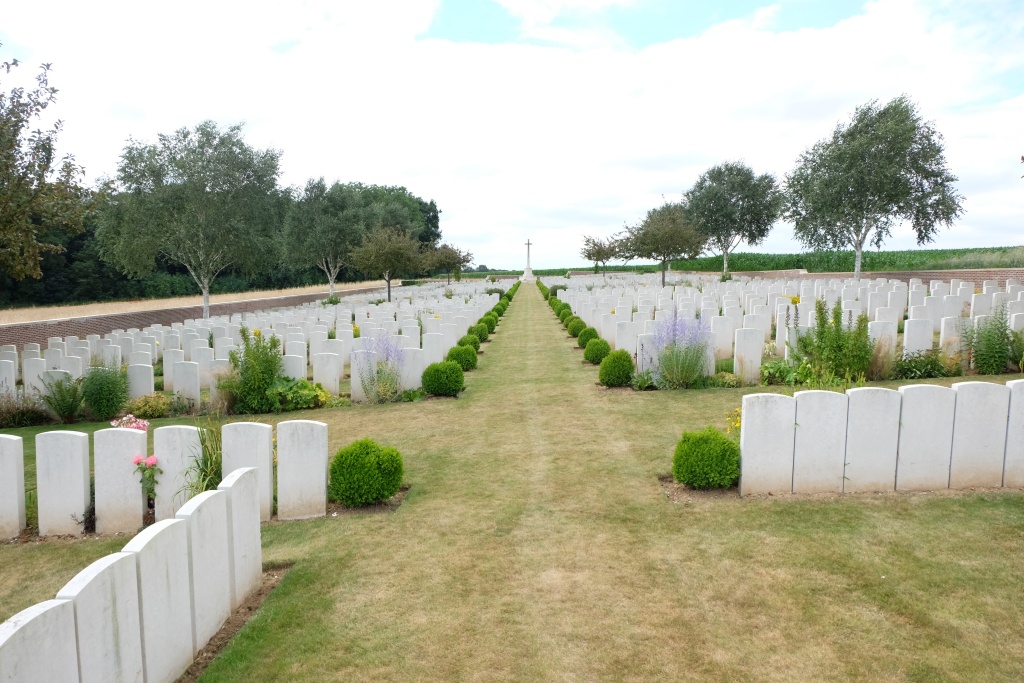 Authuille is a village 5 kilometres north of the town of Albert on the D151 road to Grandcourt. The Cemetery (signposted in the centre of Authille) is 1 kilometre east of the village. Access to the cemetery, 500 metres from the road, is by a grass pathway (unsuitable for cars).

On 1 July 1916, the first day of the Battle of the Somme, the 32nd Division, which included the 1st Dorsets and the 11th (Lonsdale) Battalion of the Border Regt attacked the German line at this point and stormed the Leipzig Salient, but were compelled to retire later in the day. In the spring of 1917, after the German withdrawal to the Hindenburg Line, V Corps cleared these battlefields and made a number of new cemeteries, including Lonsdale No.1 and No.2.

Lonsdale Cemetery No.1 (the present Lonsdale Cemetery) contained originally 96 graves (now in Plot I), the great majority of which were those of officers and men of the 1st Dorsets and the 11th Borders. It was enlarged after the Armistice when graves, almost all of 1916, were brought in from the surrounding battlefields and from other small burial grounds, including:-

LONSDALE CEMETERY No.2, which was about 500 metres further East. It contained the graves of 38 soldiers from the United Kingdom (31 of whom belonged to the 11th Borders) and two German soldiers.

NAB ROAD CEMETERY, Ovillers-la-Boisselle, which was on the road running up Nab Valley, about 900 metres East of Lonsdale Cemetery. It contained the graves of 27 soldiers from the United Kingdom, who fell in July, September and October 1916.

PAISLEY AVENUE and PAISLEY HILLSIDE CEMETERIES, which were on the South side of Thiepval Wood. They contained the graves of 284 soldiers and Marines from the United Kingdom (mainly of the 49th (West Riding) Division), who fell in July 1916 - February 1917, and two German soldiers.

Lonsdale Cemetery now contains 1,542 Commonwealth burials and commemorations of the First World War. 816 of the burials are unidentified but there are special memorials to 22 casualties known or believed to be buried among them.