Please be aware that access may be difficult during the winter months. 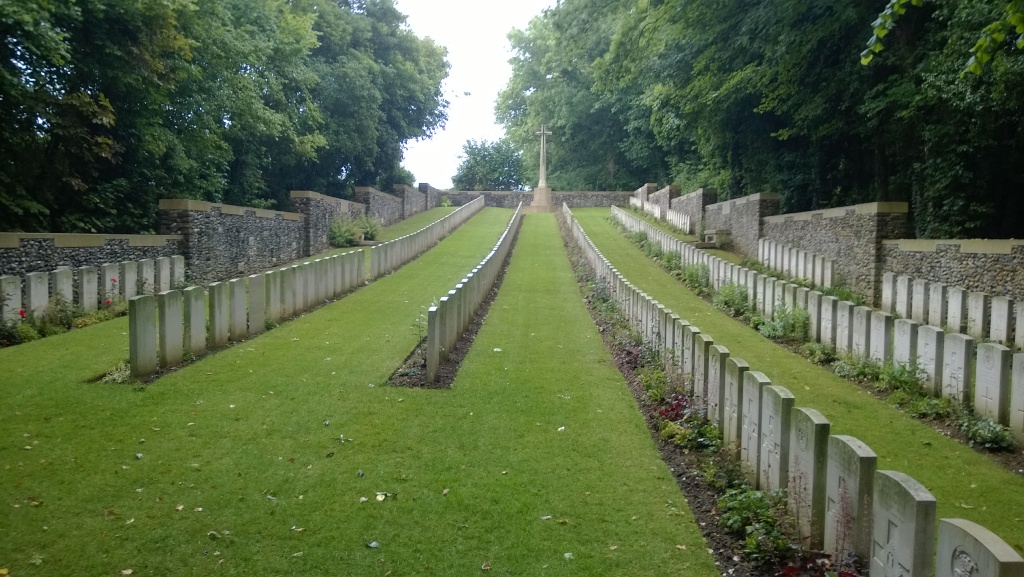 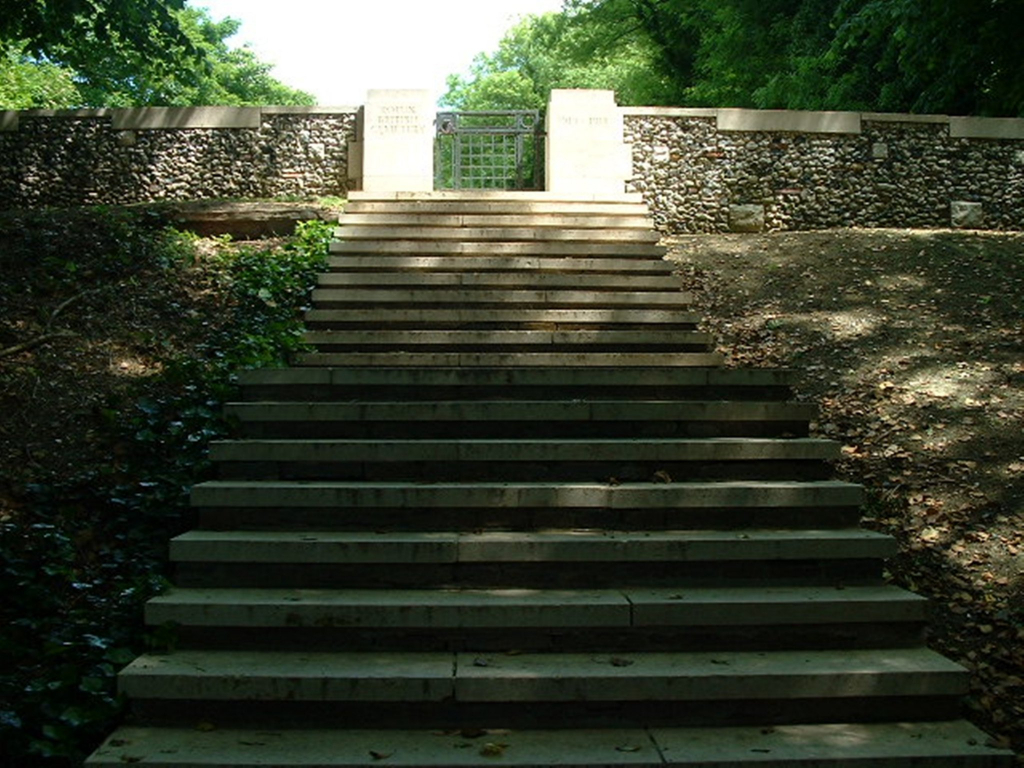 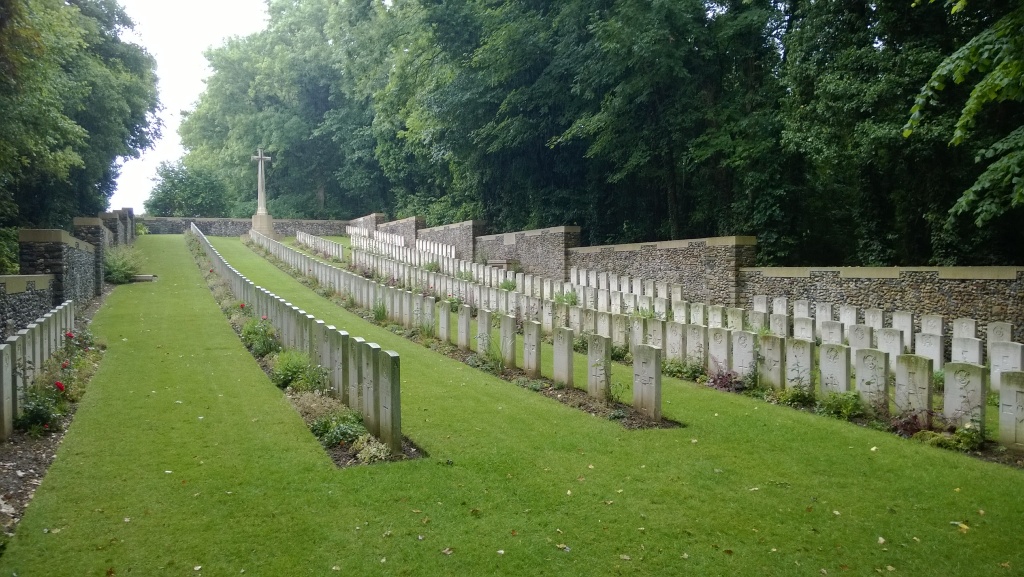 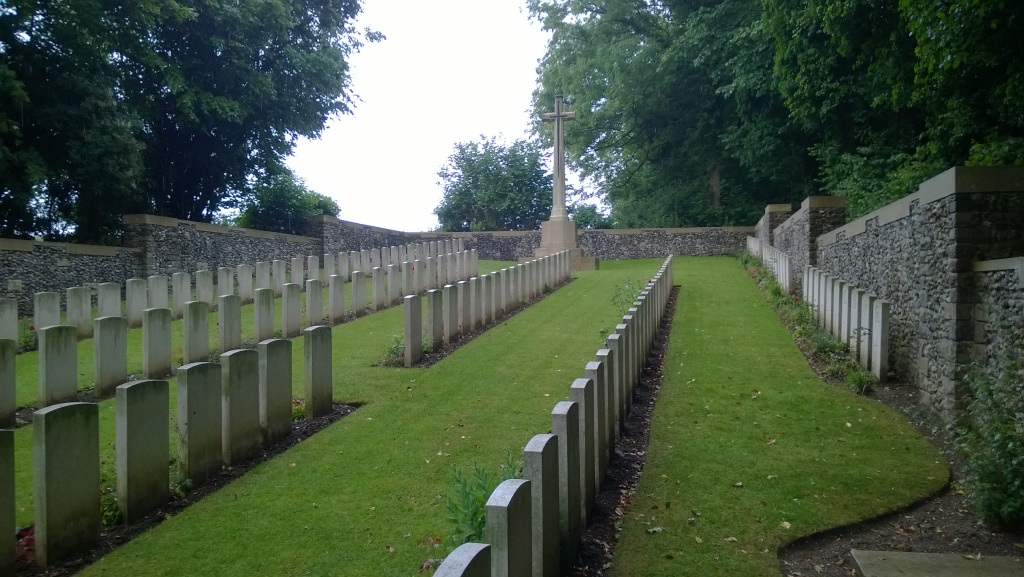 Roeux is a village 13 kilometres east of Arras on the D33. From Roeux, take the Chemin de Fampoux towards Fampoux. 200 metres outside the village take the track, followed by a smaller track, to the cemetery.

Roeux was built over a system of caves which helped to make its capture in 1917 exceptionally difficult. It was attacked by the 9th (Scottish) Division without success on 12 April. The chemical works close to the railway station were taken by the 51st (Highland) Division on 22 April, and after incessant fighting the village was cleared by the same Division on 14 May. The chemical works were lost on 16 May, and it was finally taken by the 51st Division on the following 26 August. Roeux British Cemetery was made by fighting units between April and November 1917. The cemetery contains 350 burials and commemorations of the First World War. 31 of the burials are unidentified and 82 graves destroyed by shell fire are now represented by special memorials.