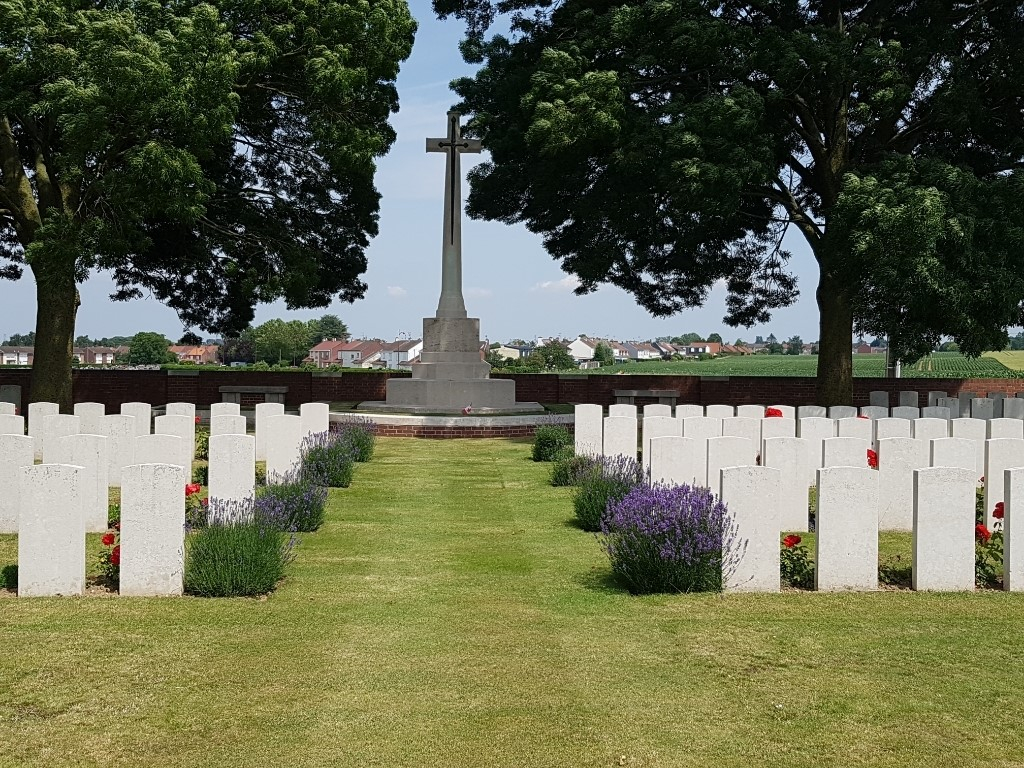 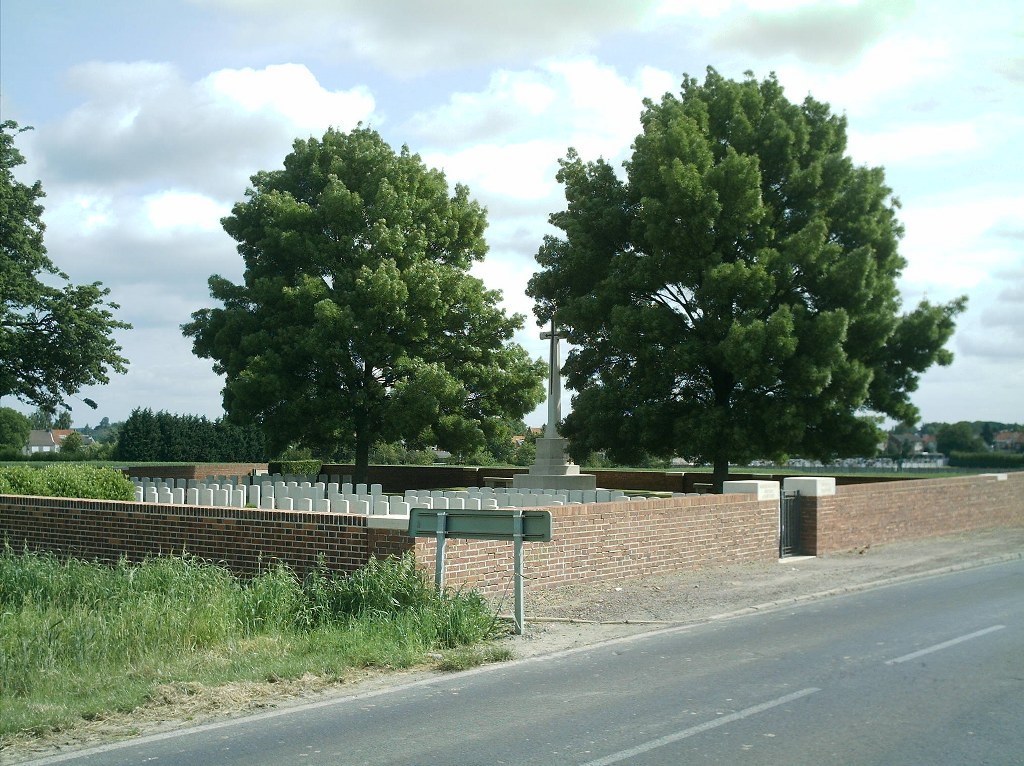 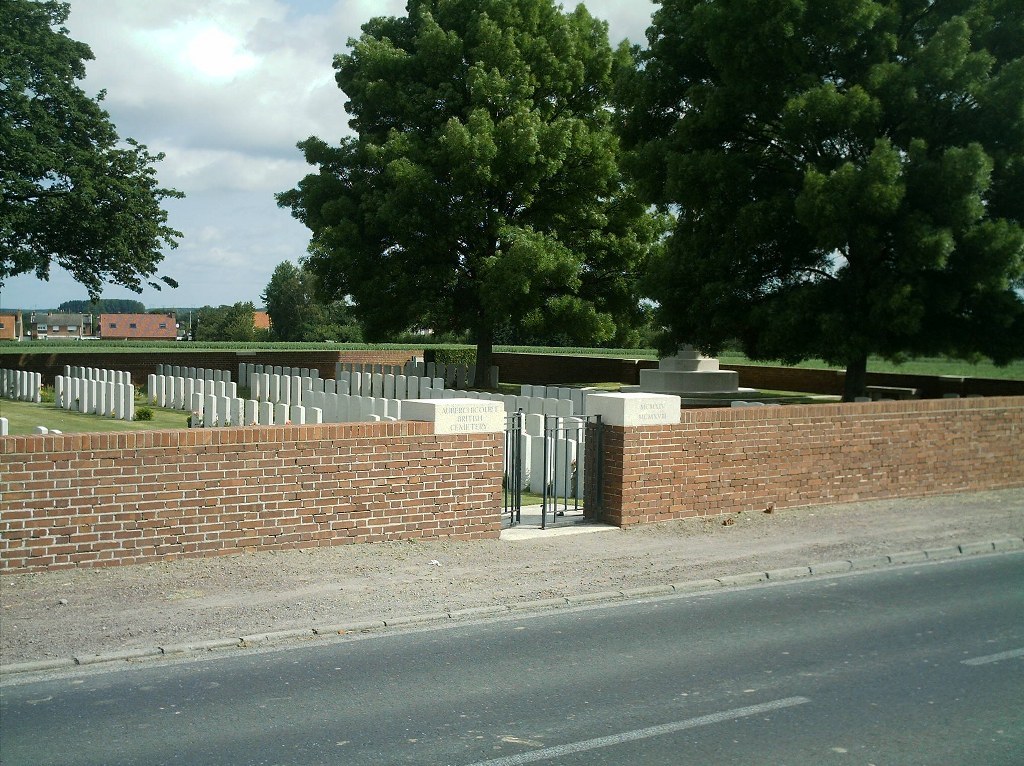 Auberchicourt is a village 11.5 Kms east of Douai on the road to Valenciennes. Auberchicourt British Cemetery is 1 Km west of the village on the northside of the road to Erchin, 300 yards away from the Communal Cemetery.

The village was occupied by Commonwealth troops in October 1918. The cemetery was begun at the end of that month and used until February 1919 while the 6th, 23rd and 1st Canadian Casualty Clearing Stations were in the neighbourhood. These original graves are in Plot I, but the cemetery was enlarged after the Armistice when graves (mainly of 1918-19, but also of August 1914) were brought in from the surrounding battlefields and from the following smaller burial grounds. AUBERCHICOURT CHURCHYARD, in which one Canadian soldier was buried in October 1918. LIEU-ST. AMAND BRITISH CEMETERY, at the South-West corner of the village, used by units and Field Ambulances of the 51st and another Division, in October 1918, for the burial of 28 soldiers from the United Kingdom. MONTIGNY BRITISH CEMETERY (Nord, East of Douai), near the South-West angle of the Bois de Montigny. This cemetery, made by the 6th Casualty Clearing Station in November 1918-February 1919, contained the graves of 20 Canadian soldiers, 16 (and one airman) from the United Kingdom, and one of the United States Army. SOMAIN COMMUNAL CEMETERY, in which one R.F.C. officer who fell in 1916, is still buried. The graves of seven Canadian soldiers who fell in October 1918, and one from the United Kingdom buried by the enemy in March 1918, have been removed. WALLERS COMMUNAL CEMETERY EXTENSION, in which nine Canadian soldiers were buried in October 1918. Auberchicourt British Cemetery contains 288 Commonwealth burials and commemorations of the First World War. 19 of the burials are unidentified and special memorials are erected to one soldier from the United Kingdom but there is a special memorial to one casualty known to be buried among them.