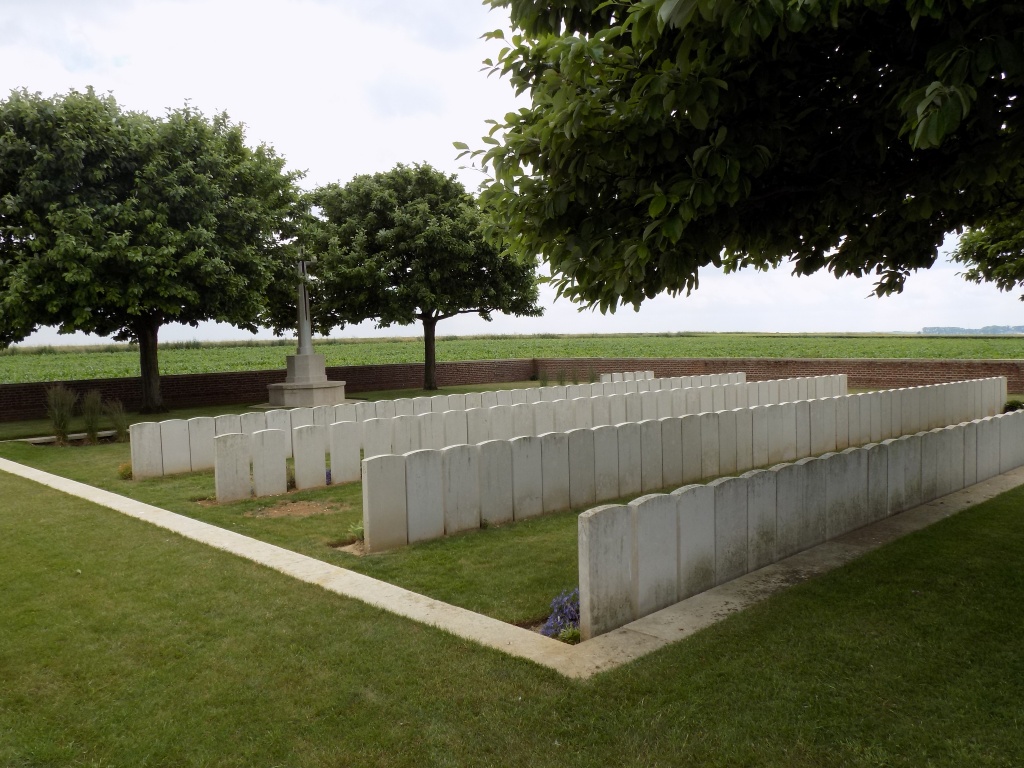 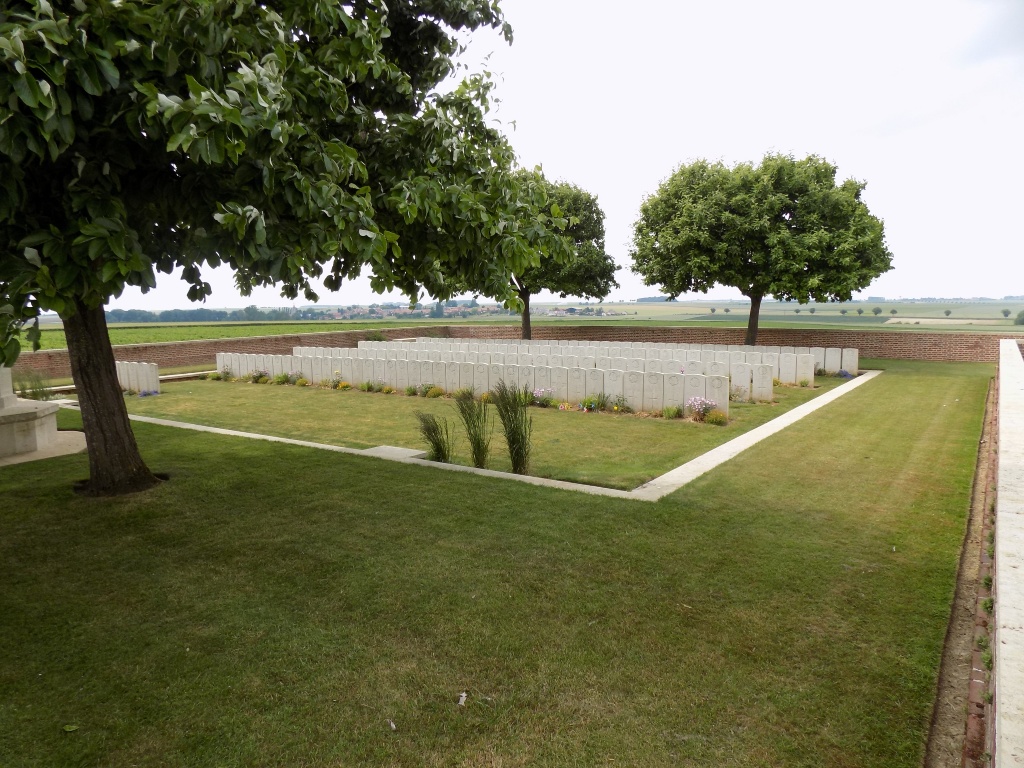 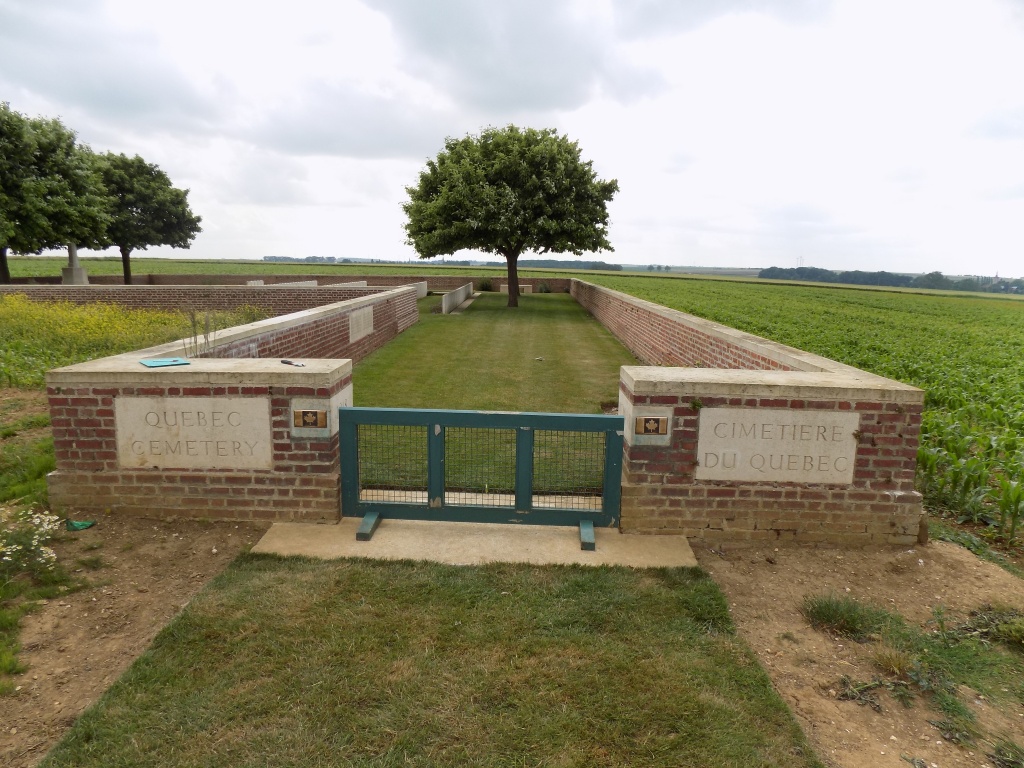 Cherisy is a village and commune in the Department of the Pas-de-Calais, a little South of the straight main road (D939)from Arras to Cambrai. Take the D38 from Cherisy to Hendecourt. Approximately 2 kilometres from Cherisy turn left just before Sun Quarry Cemetery onto a dirt track. Continue for 1 kilometre before turning left to arrive at Quebec Cemetery.

Cherisy village was captured by the 18th Division on 3 May 1917, but lost the same night. It then remained in German hands until it was retaken by the Canadian Corps on 27 August 1918. Quebec Cemetery was made by fighting units and those buried there, mainly men of the 22nd and 24th Battalions Canadian Infantry (both from Quebec), were killed between 26 August and 28 September 1918. Quebec Cemetery contains 195 First World War burials, 12 of them unidentified. The cemetery was designed by G H Goldsmith.