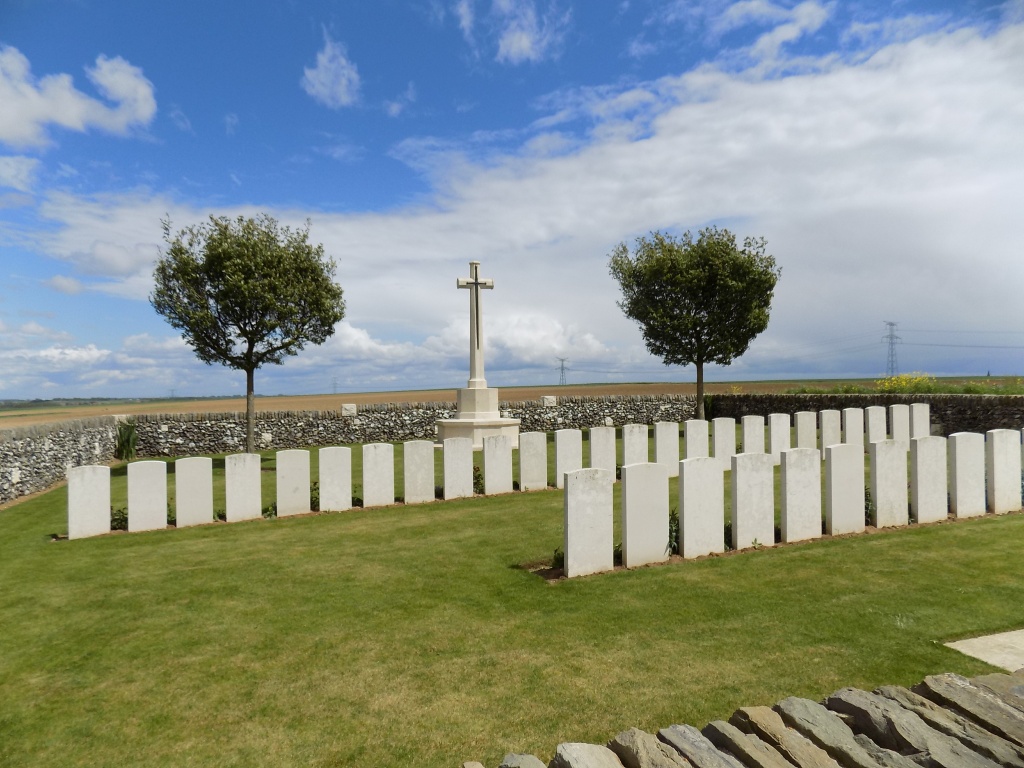 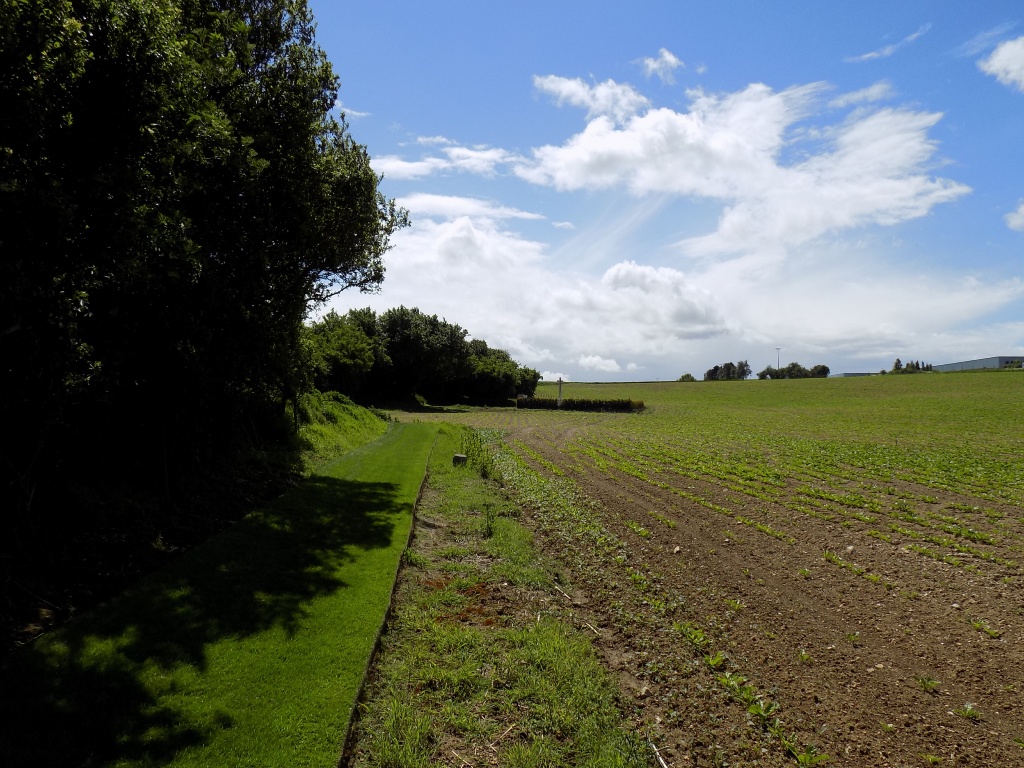 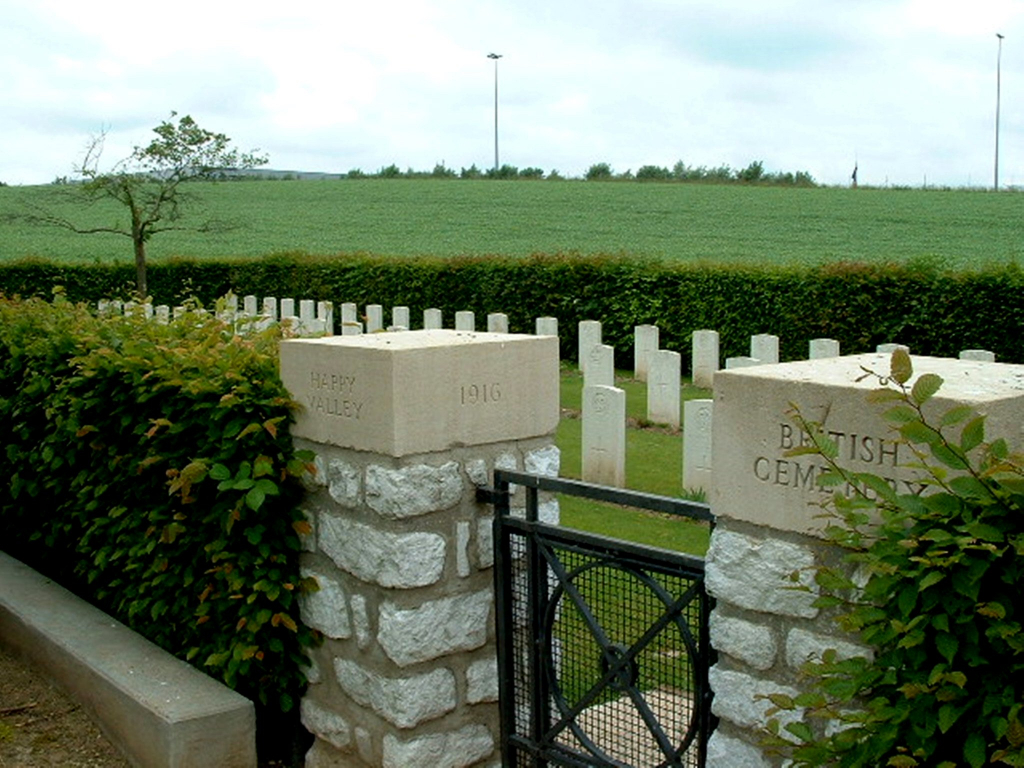 Fampoux is a village 7 kilometres east of Arras (D33). Happy Valley British Cemetery is 5 kilometres south of the village down a 2 kilometre track on the road to Monchy-le-Preux.

Happy Valley was the name given to the long valley which ran eastward from Orange Hill, and along which Commonwealth troops fought their way on 10-11 April 1917 during the early stages of the Battle of Arras. The cemetery was begun by the 12th (Eastern) Division after the battle, and used again by the 4th Division in December 1917. Happy Valley Cemetery contains 76 First World War burials and commemorations. Six of the burials are unidentified but there is a special memorial to a casualty known to be buried among them. The cemetery was designed by Sir Edwin Lutyens.