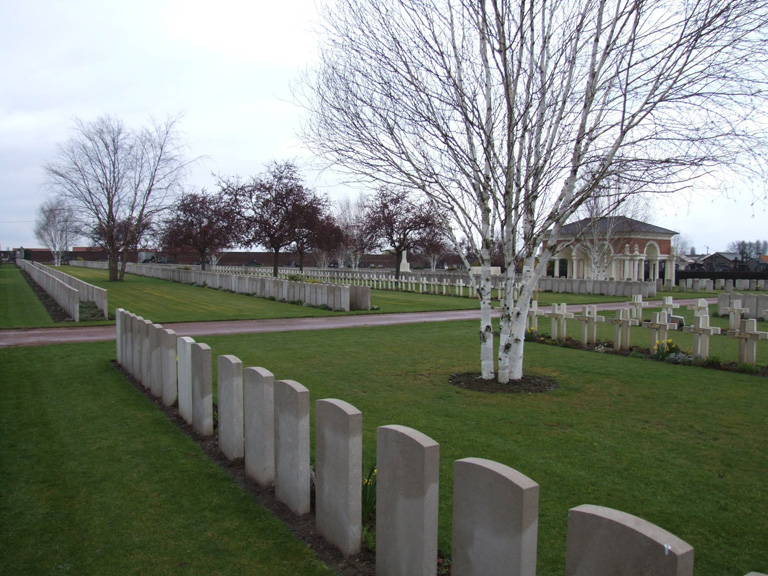 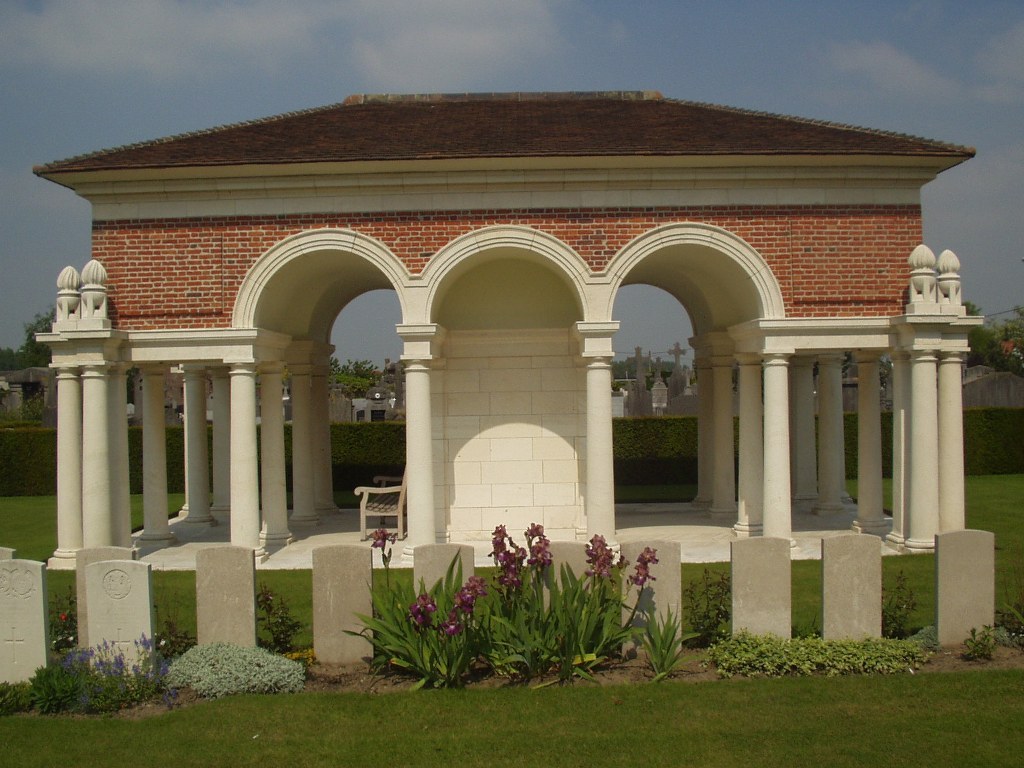 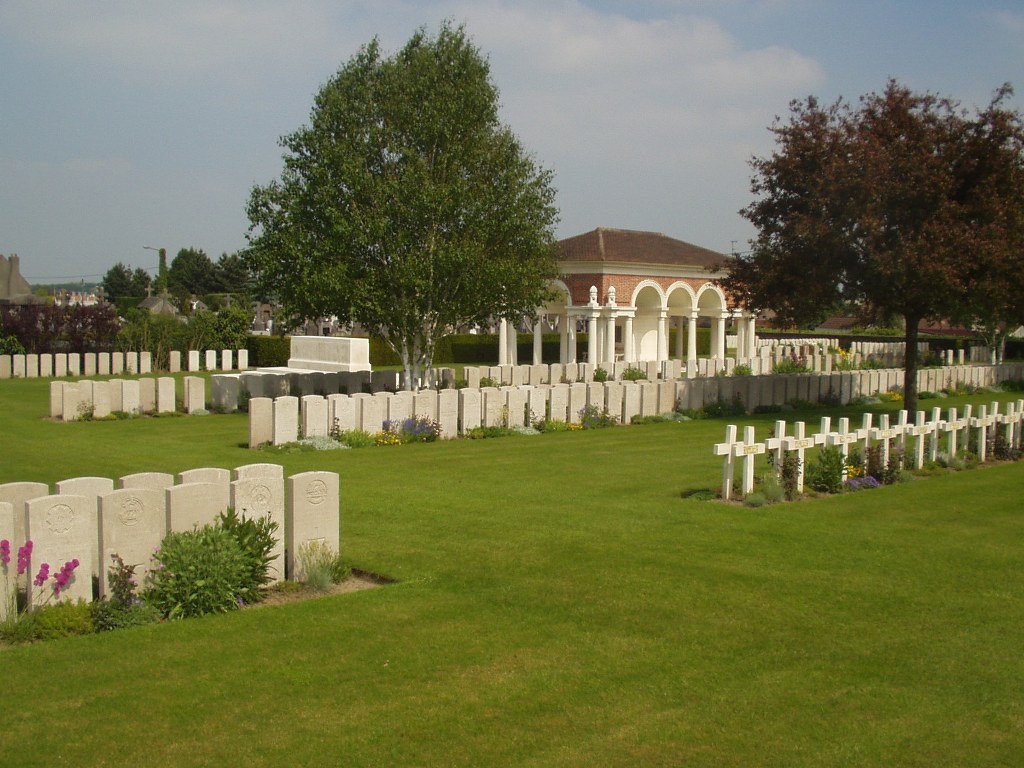 Bethune is a town 29 kilometres north of Arras. The cemetery can easily be found, from any point in Bethune, by following the French signs indicating 'CIMETIERE NORD'. More precisely, head northwards from the Grand Place along the rue Sadi Carnot and Place Lamartine for about 450 metres. Just beyond the Tribunal, turn right into rue Arthur Lamendin and follow the road to the bottom of the hill (350 metres). Turn right into the cul-de-sac and the cemetery entrance can be found after 50 metres on your left hand side.

For much of the First World War, Bethune was comparatively free from bombardment and remained an important railway and hospital centre, as well as a corps and divisional headquarters. The 33rd Casualty Clearing Station was in the town until December 1917. Early in 1918, Bethune began to suffer from constant shell fire and in April 1918, German forces reached Locon, five kilometres to the north. The bombardment of 21 May did great damage to the town and it was not till October that pressure from the Germans was relaxed.

Bethune Town Cemetery contains 3,004 Commonwealth burials of the First World War,11 being unidentified. This icludes 26 men of the 1/8th Manchester Regiment who were killed by a bomb on 22 December 1917 while marching to rest billets. Second World War burials number 19, 2 being unidentified. There are also 122 French and 87 German war graves, 38 of the German burials are unidentified.

The Commonwealth section of the cemetery was designed by Sir Edwin Lutyens.