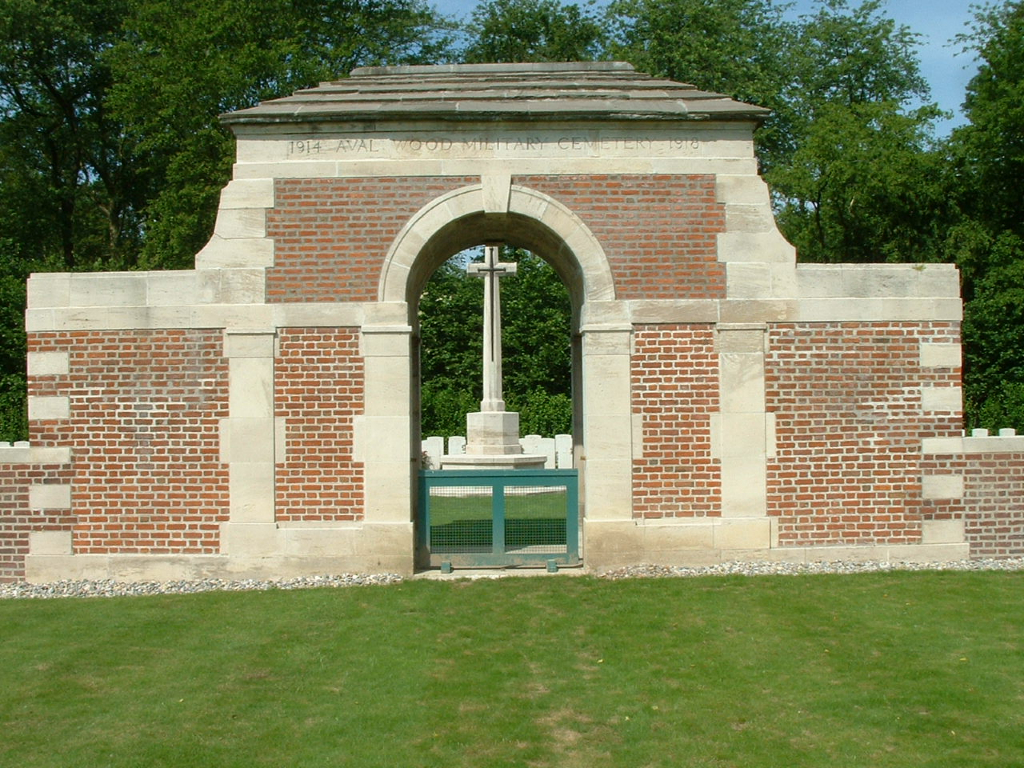 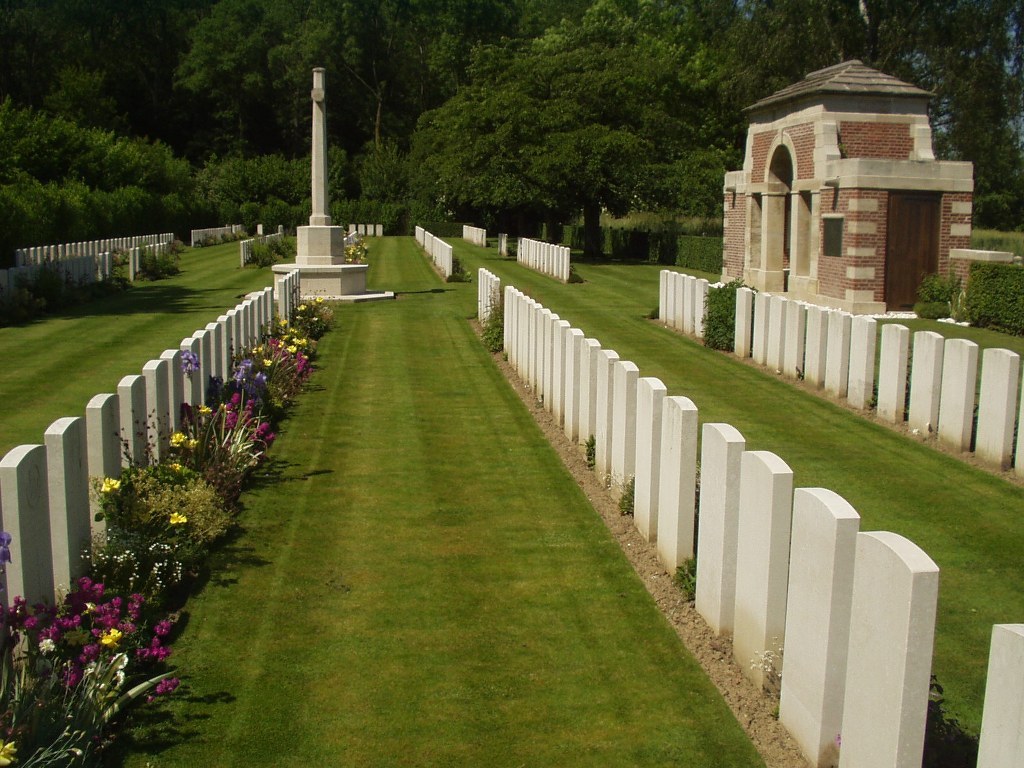 Vieux-Berquin is a village 8 Kms south-west of Bailleul and a similar distance south-east of Hazebrouck. Leave the village on the 947 heading for Neuf-Berquin/Estaires. Turn right 800 metres from the centre of the village on the Rue Merville. Continue for 700 metres to the junction and take the right hand fork towards Caudescure on the D69. The Cemetery is another 1.5 Kms along this road on the right hand side.

The Battle of Hazebrouck (one of the Battles of the Lys), including the Defence of Nieppe Forest, lasted from 12 to 15 April 1918. The line east of Nieppe Forest was defended against overwhelming forces by the 29th and 31st Divisions, the latter including the 4th Guards Brigade. Although Vieux-Berquin village was lost on 13 April, the rest of the line was held until the 1st Australian Division had detrained and arrived on the field.

The cemetery was made in June and August 1918, largely by the 11th Battalions of the East Yorkshire and East Lancashire Regiments, who started Plot I. Plots II and III were added after the Armistice when graves were brought in from the battlefields of Vieux-Berquin and Merville and from CAUDESCURE BRITISH CEMETERY, which lay South of Aval Wood, a little West of the hamlet of Caudescure. It contained the graves of 35 soldiers from the United Kingdom and one German prisoner, who fell in April-August, 1918.

Aval Wood Military Cemetery contains 410 Commonwealth burials and commemorations of the First World War. 155 of the burials are unidentified, but special memorials commemorate two casualties believed to be buried among them. The cemetery also contains two burials from the Second World War and one German grave.