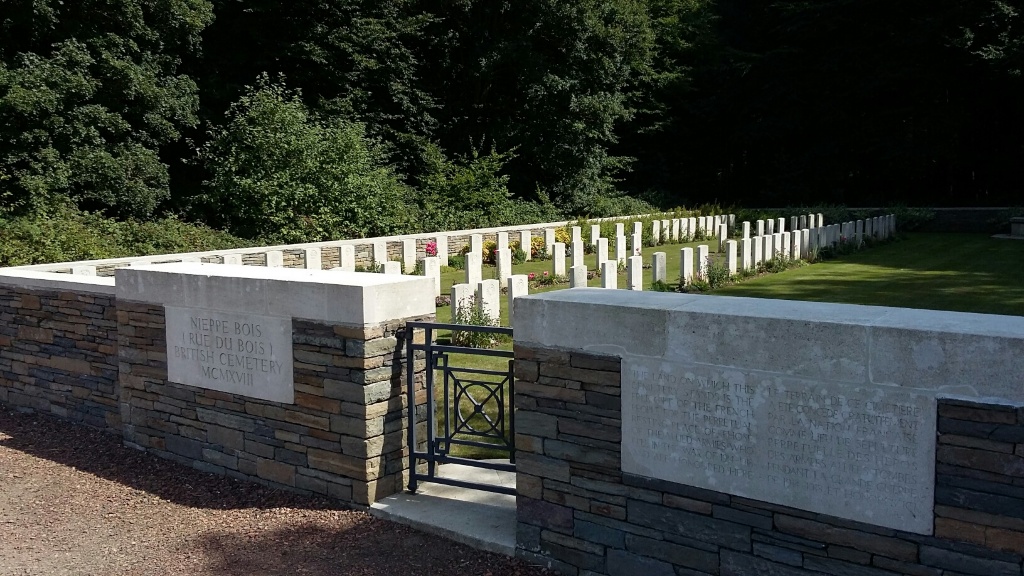 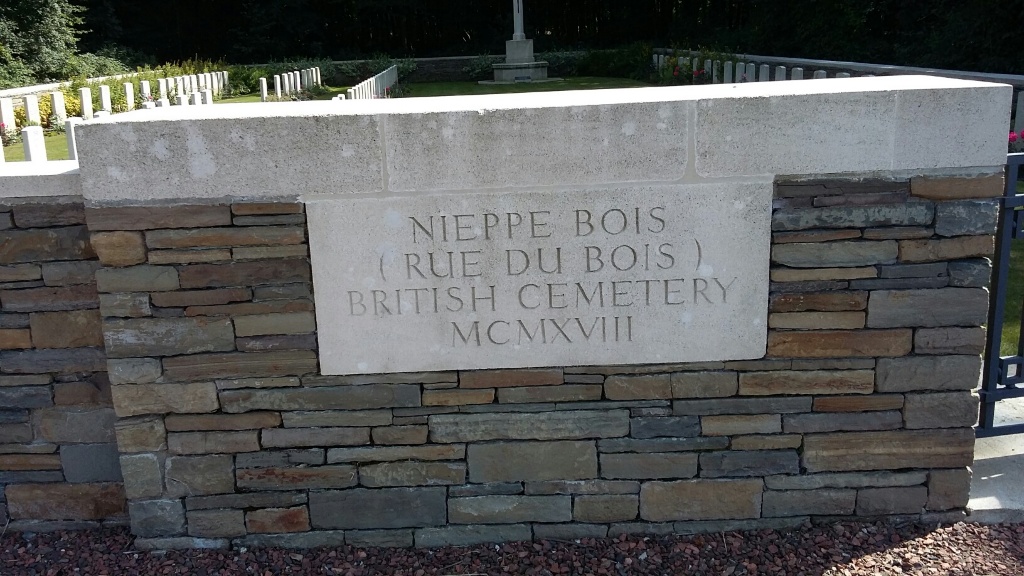 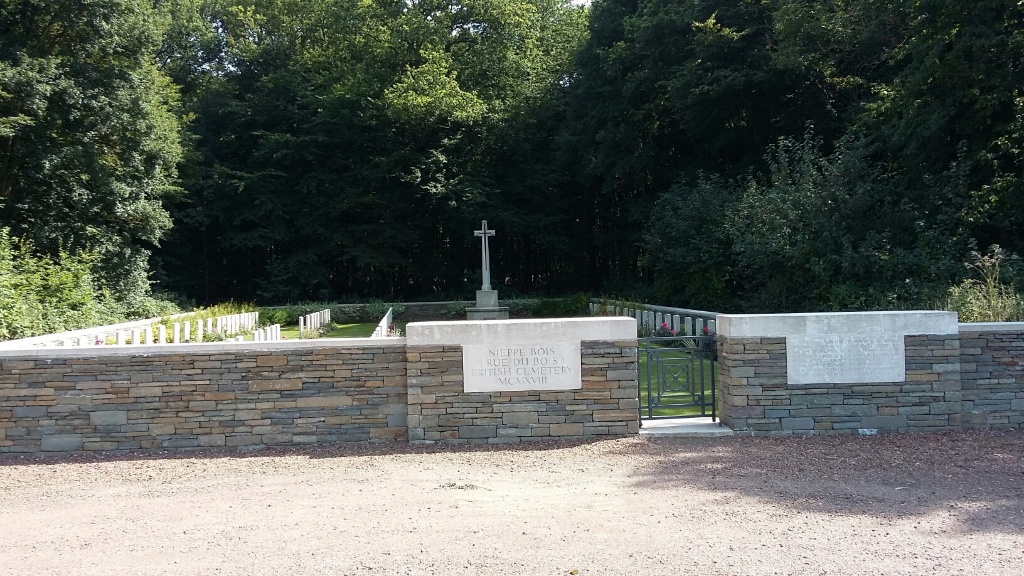 La Motte-au-Bois is a village approximately halfway between Hazebrouck and Merville,. From the church in La Motte-au-Bois, take the D188 towards Vieux Berquin. The cemetery will be found on the right set on the northern edge of the wood 2 kilometres from the village.

The Battle of Hazebrouck (one of the Battles of the Lys), including the Defence of Nieppe Forest, lasted from 12 to 15 April 1918. The line east of Nieppe Forest was defended against overwhelming forces by the 29th and 31st Divisions, the latter including the 4th Guards Brigade. Although Vieux-Berquin village was lost on 13 April, the rest of the line was held until the 1st Australian Division had detrained and arrived on the field. The cemetery was used from April until September 1918. The grave of one British officer who fell in 1915 was brought to this cemetery after the Armistice from LA MOTTE-AUX-BOIS COMMUNAL CEMETERY. The cemetery was used again during the Second World War for the burial of casualties of the battles covering the withdrawal to Dunkirk in May 1940. Nieppe-Bois (Rue-du-Bois) British Cemetery now contains 70 First World War burials and 33 from the Second World War. The cemetery was designed by A J S Hutton.