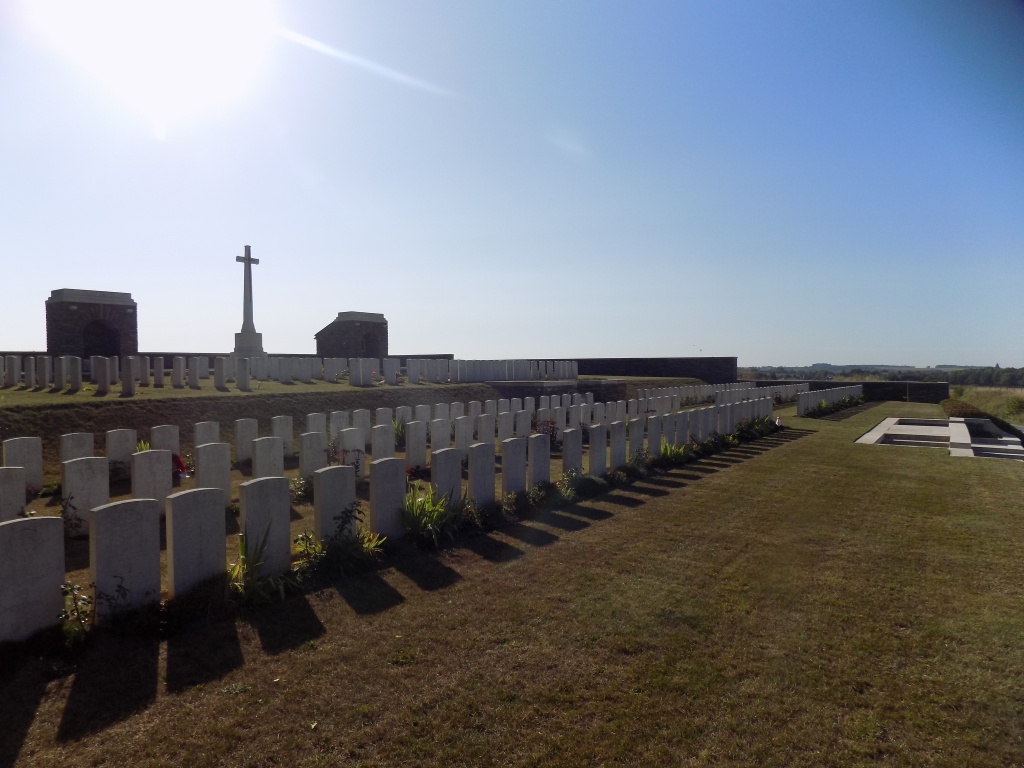 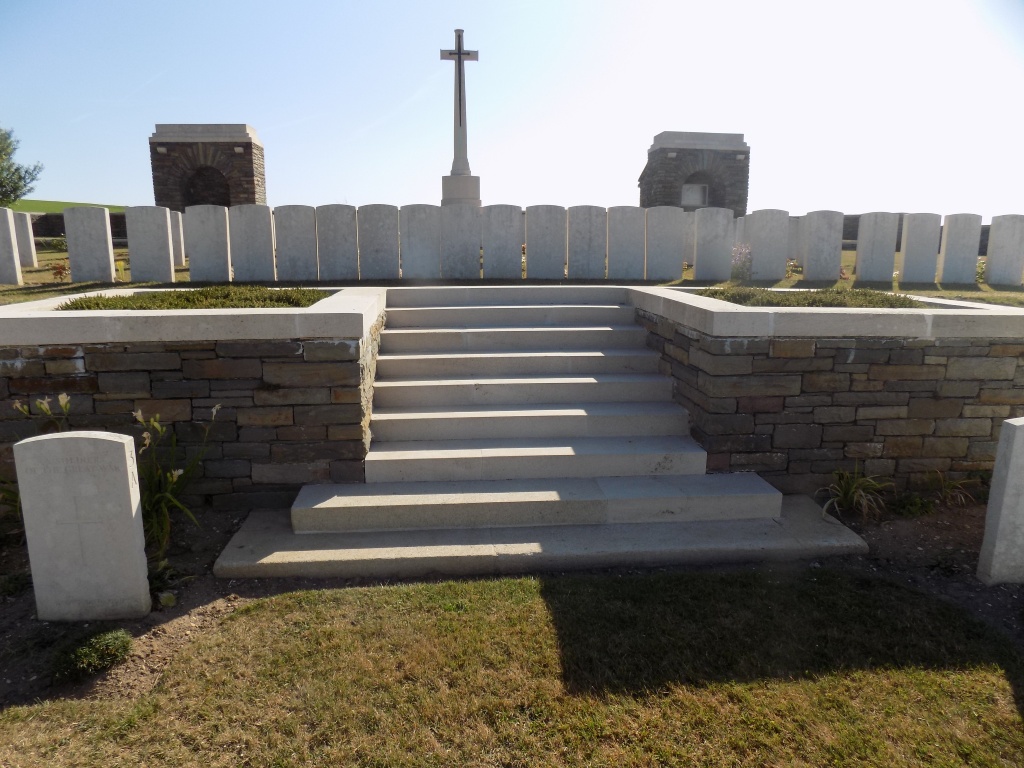 Bray-sur-Somme is a village and commune in the Department of the Somme, 8 kilometres south-east of Albert and 16 kilometres west of Peronne. Bray Vale British Cemetery is on the east side of the town of Albert.

Bray-sur-Somme fell into German hands in March 1918, but it was retaken by the 40th Australian Battalion on the following 24 August. Bray Vale British Cemetery (called at one time Bray No.2 British Cemetery) consisted originally of the 25 graves (of August 1918) in Plot II, Row A, but it was enlarged soon after the Armistice when further graves were brought in from the neighbourhood. In 1923 the space between the cemetery and the road, now Plots III and IV, was filled by graves brought in mainly from the battlefields of 1916 round Thiepval and Courcelette. The cemetery contains 279 First World War burials, 172 of them unidentified. The cemetery was designed by A J S Hutton.