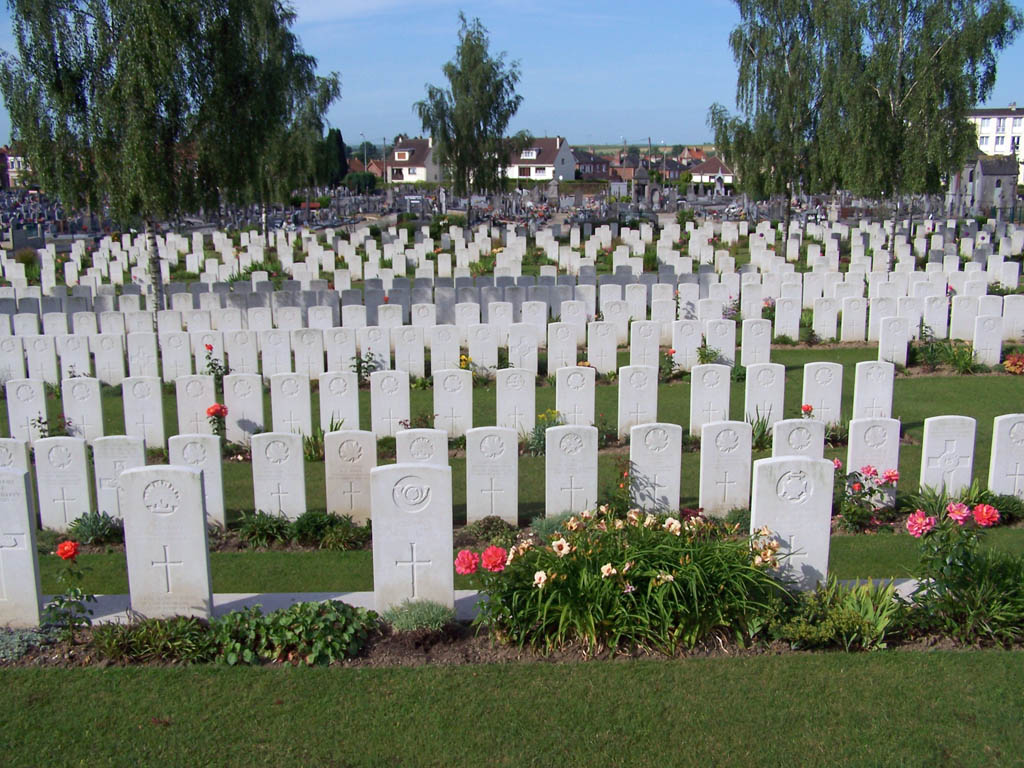 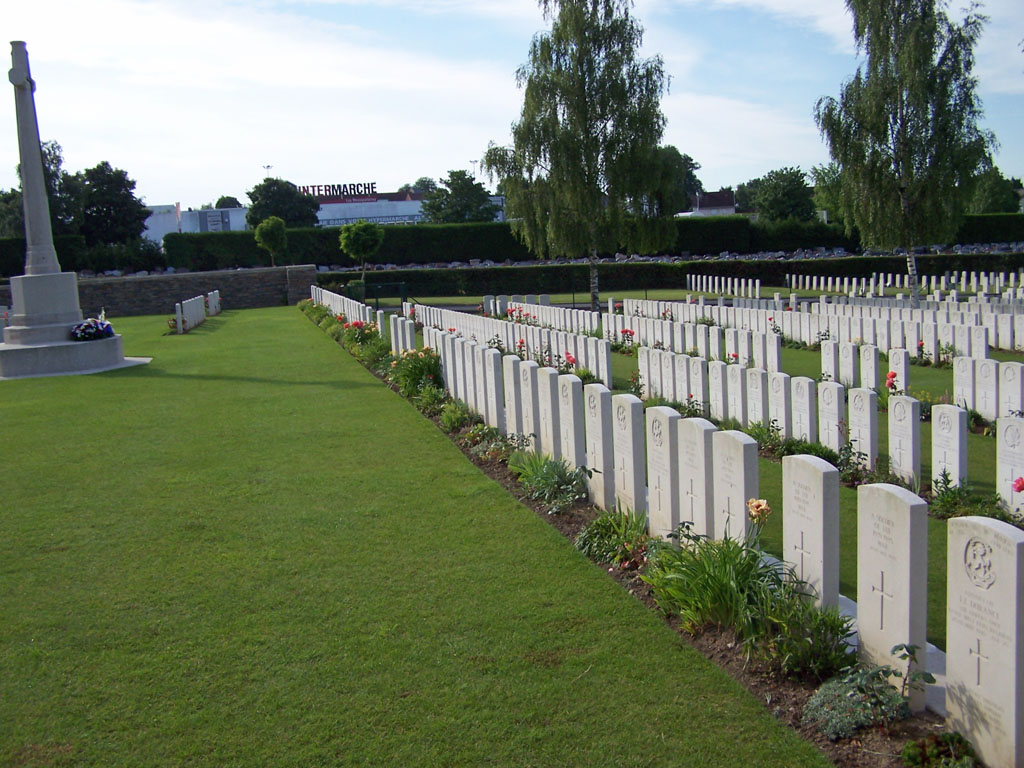 Albert is a town 28 Kms north-east of Amiens. The Communal Cemetery is on the south-east side of Albert and at the junction of the roads to Peronne (D938) and Bray sur Somme (D329), and the extension is entirely enclosed by it. The main entrance to the cemetery is on the Peronne road.

Albert was held by French forces against the German advance on the Somme in September 1914. It passed into British hands in the summer of 1915; and the first fighting in July 1916, is known as the Battle of Albert, 1916. It was captured by the Germans on the 26th April 1918, and before its recapture by the 8th East Surreys on the following 22nd August (in the Battle of Albert, 1918,) it had been completely destroyed by artillery fire. The Extension was used by fighting units and Field Ambulances from August 1915 to November 1916, and more particularly in and after September 1916, when Field Ambulances were concentrated at Albert. From November 1916, the 5th Casualty Clearing Station used it for two months. From March 1917, it was not used (except for four burials in March, 1918) until the end of August 1918, when Plot II was made by the 18th Division. During the Second World War the extension was used again, when the French moved into it British casualties from isolated graves in and around Albert. There are now 862 First World War and 25 Second World War casualties commemorated in this site. Of these, 12 First World War casualties and 8 Second World War casualties are unidentified. Five graves, destroyed by shellfire, are now represented by special memorials. Two soldiers known to be among the casualties buried here, but whose graves could not be identified, are commemorated by special memorials, inscribed, "Known to be buried in this cemetery". This cemetery was designed by Sir Edwin Lutyens.