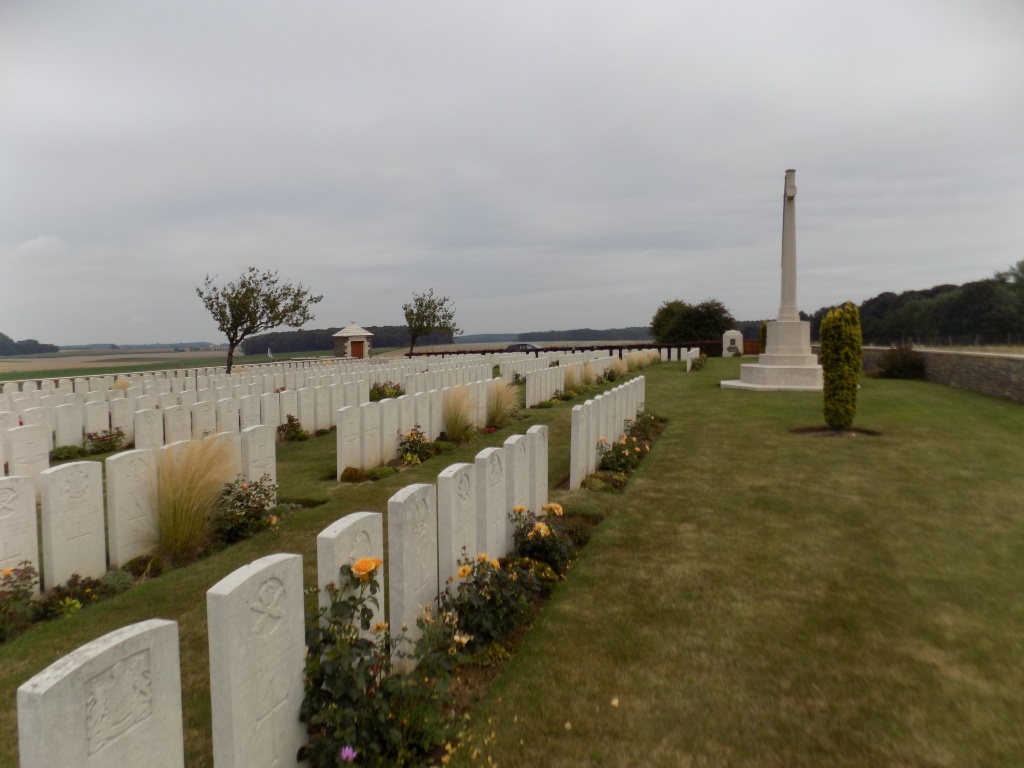 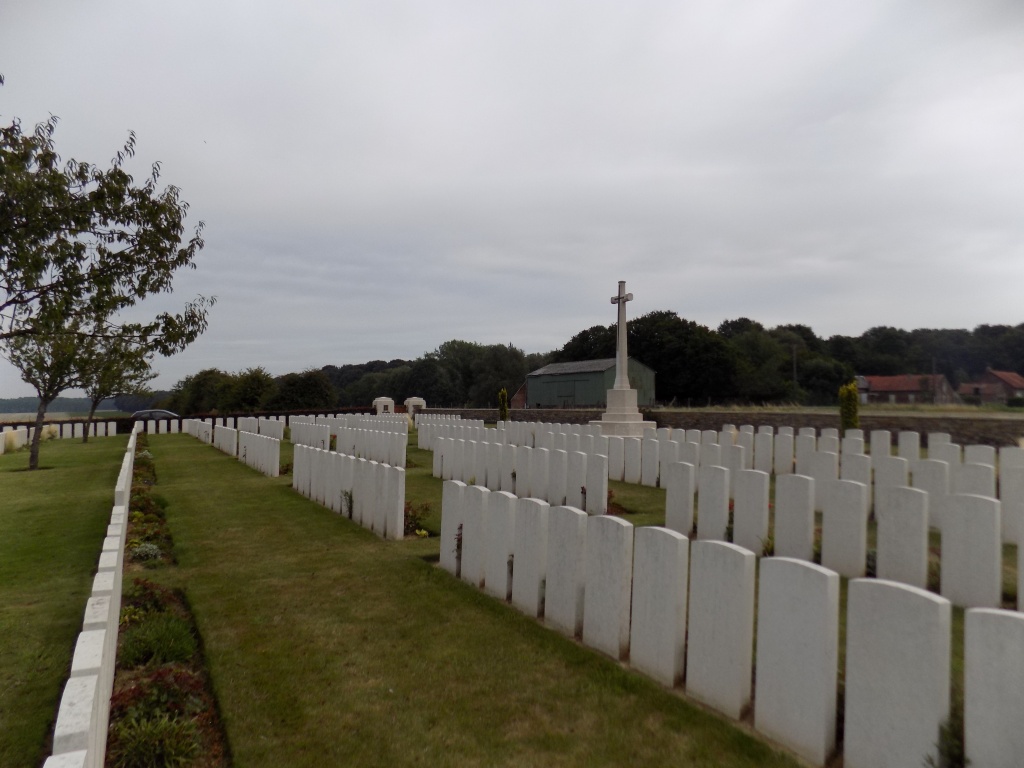 Premont village was captured by the 30th American Division on the 8th October 1918. Premont British Cemetery was made and used by four Casualty Clearing Stations (the 20th, 50th, 55th and 61st), which came to Bohain in October 1918, and it was closed in the following December. Some years later 165 graves were added to it from the following sites:-

BOHAIN STATION MILITARY CEMETERY, which was on the West side of the cross-road immediately West of Bohain railway station. It was made by the Germans, but one plot of 47 graves was added by the 11th Essex and other British units in October 1918. It contained in all 806 German graves, 155 British, 14 Russian, twelve French, one Italian and one Rumanian.

SEBONCOURT COMMUNAL CEMETERY, which contained the graves of six soldiers from the United Kingdom buried by the enemy in January, March and April 1918.

Four from a site near Honnechy.