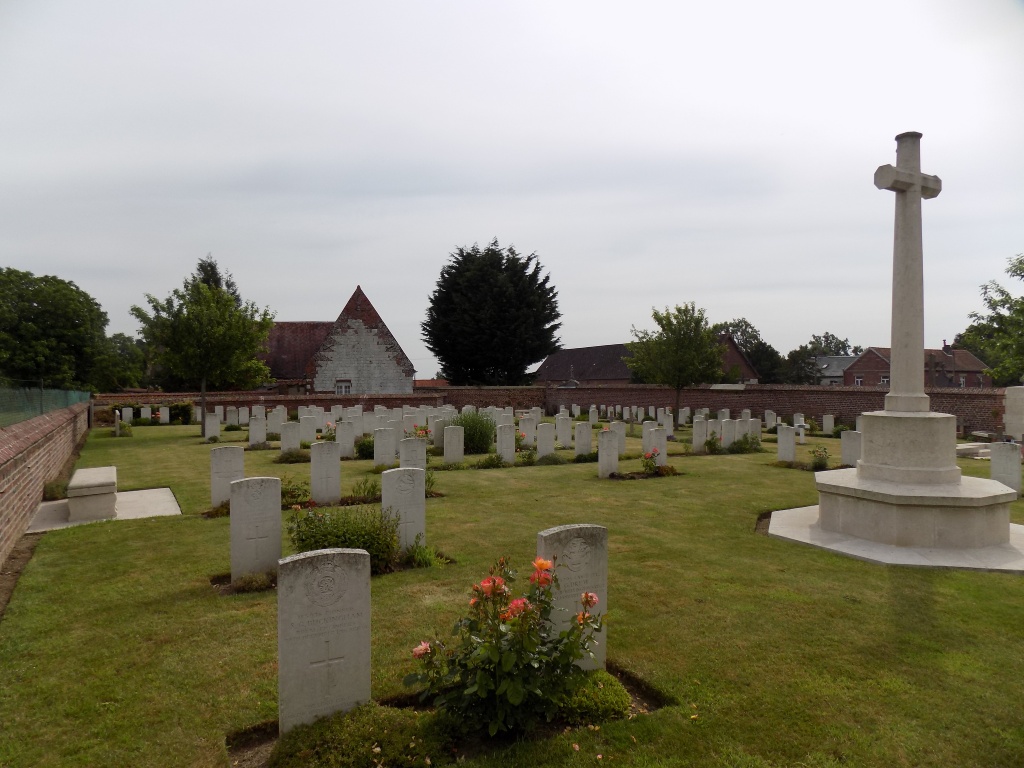 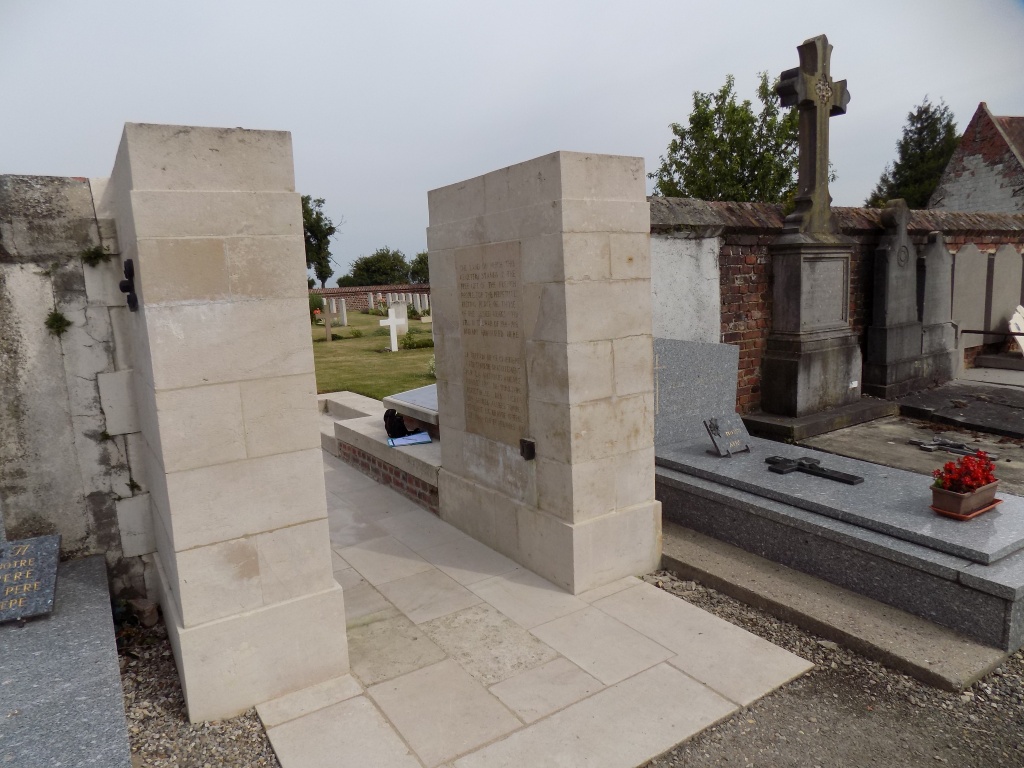 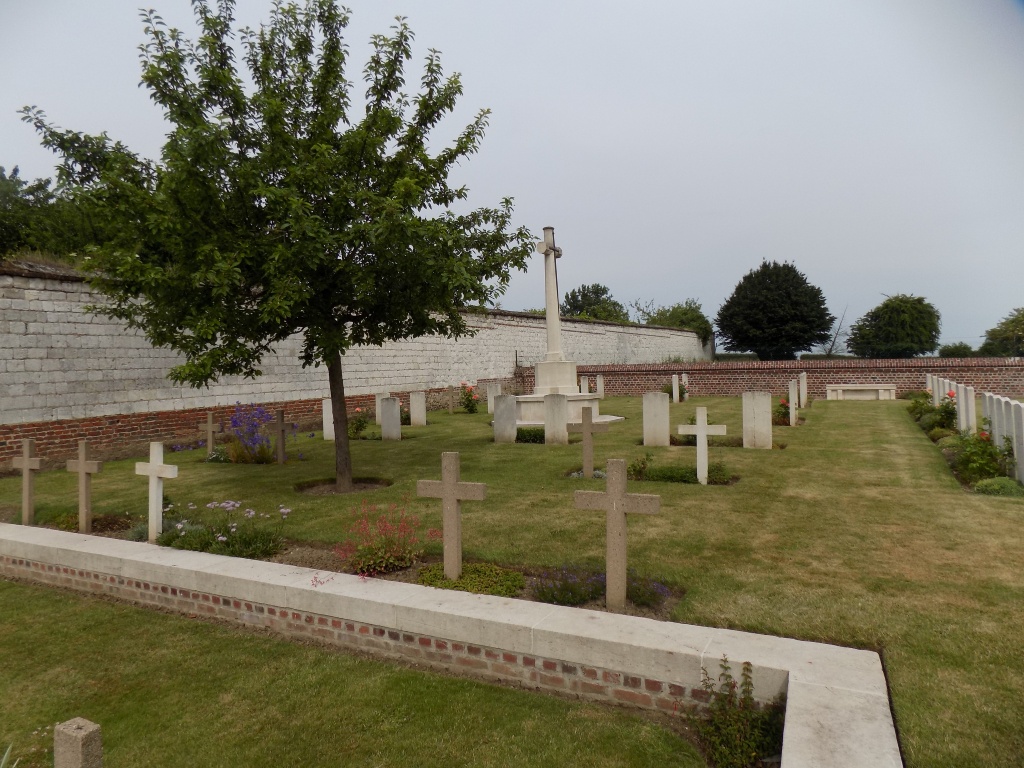 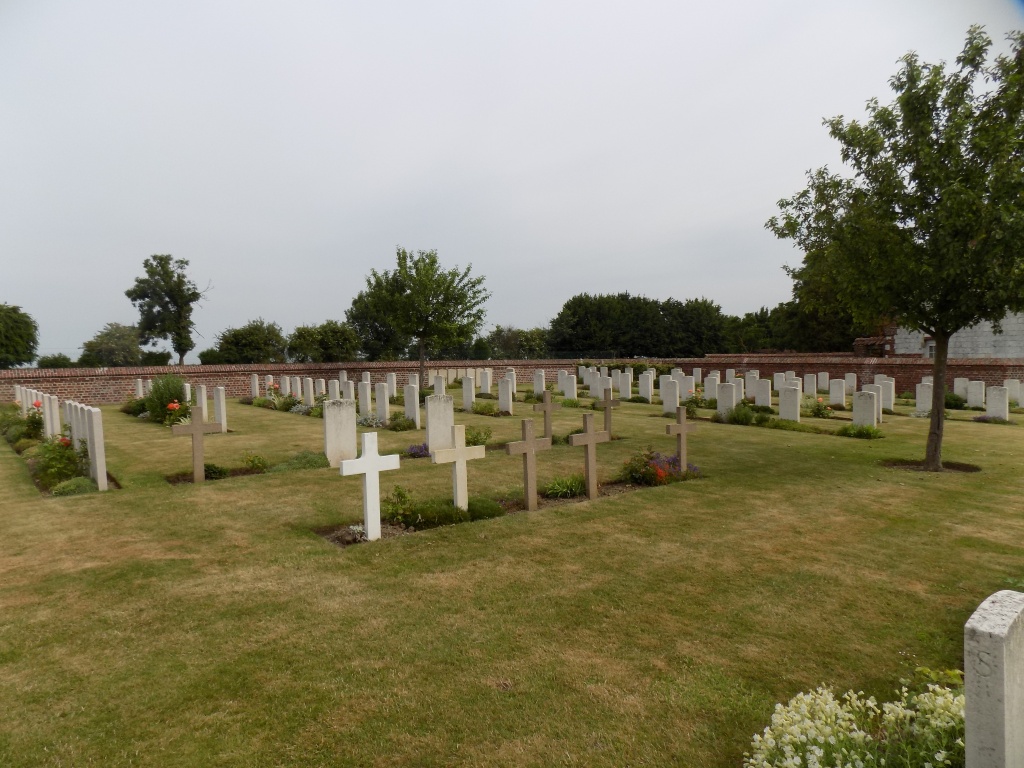 The village remained in British hands from the summer of 1915, when it was taken over from French troops, until the end of the War. It suffered at times from severe shelling, which caused the destruction of the original church. However, its replacement was erected 400 metres distant from the original site, leaving the churchyard seperated from the church. The village was 'adopted' after the war by the County of Wolverhampton. Berles-au-Bois Churchyard Extension was begun by French troops, whose graves are in the South corner. It was continued by the 46th North Midland and other Divisions from September 1915, until January 1917, when it was closed. There are now 144 Commonwealth burials of the 1914-18 war, 2 of which are unidentified in this site. Of these, one grave destroyed by shell fire, is represented by a special memorial. The British burials were in many instances made in groups by Brigades. There are also 44 French and 1 German burials of the 1914-1918 war and 8 German burials of the 1939-1945 war here. The Extension covers an area of 1,066 square metres and is enclosed by brick walls.