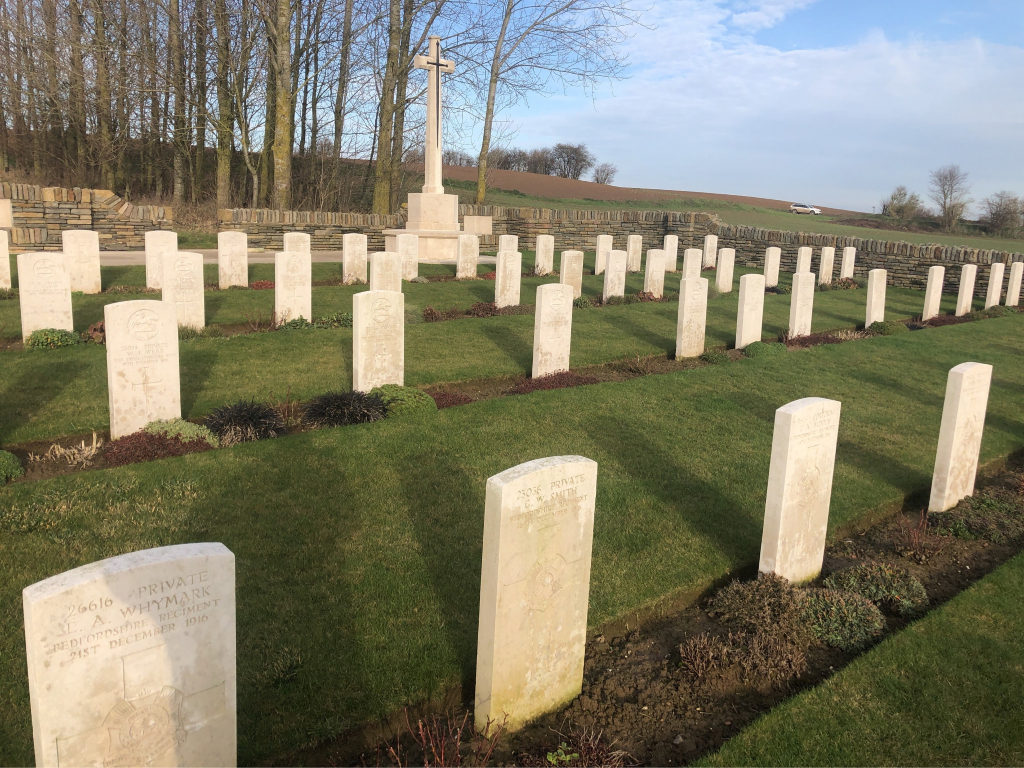 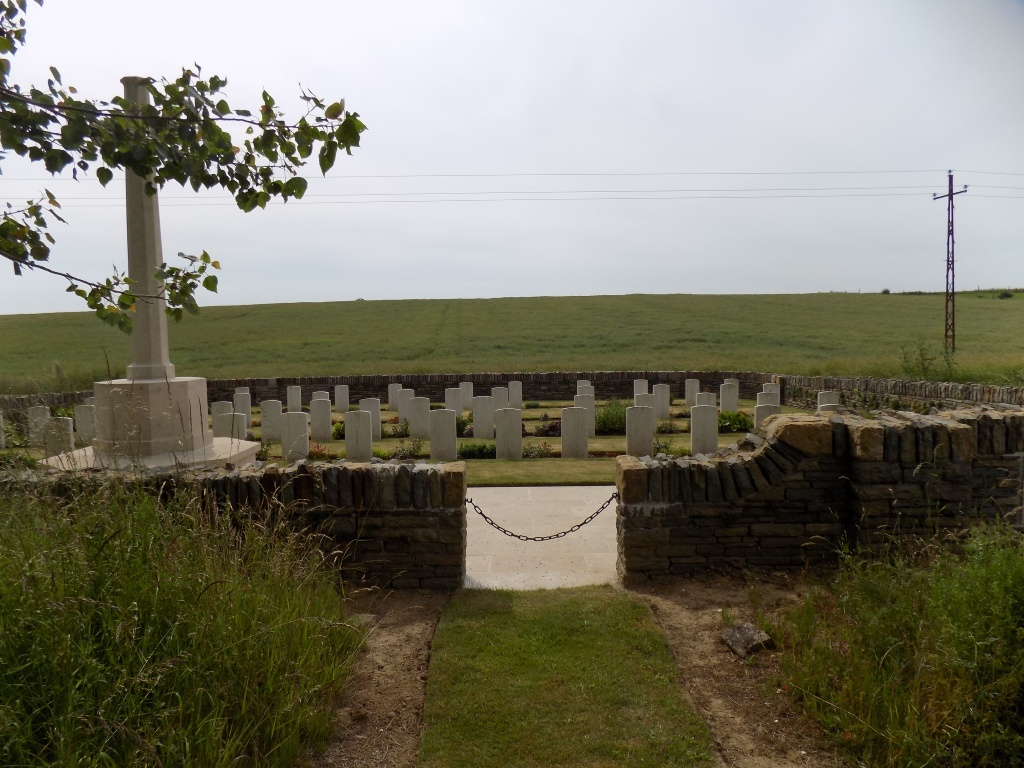 The village of Berles-au-Bois remained in British hands from the summer of 1915, when it was taken over from French troops, until the end of the War; but it suffered at times from severe shelling.

The village was later "adopted" by the County Borough of Wolverhampton.

Berles Position Military Cemetery was begun by the 46th (North Midland) Division in July, 1916, and used (largely by the same Division) until February, 1917. It lies in a long dip; and it was known also as The Ravine Cemetery and as Nobs Walk Cemetery.

There are now over 50, 1914-18 war casualties commemorated in this site. Of these, a small number are unidentified.

The cemetery covers an area of 379 square metres and is enclosed by a low rubble wall.