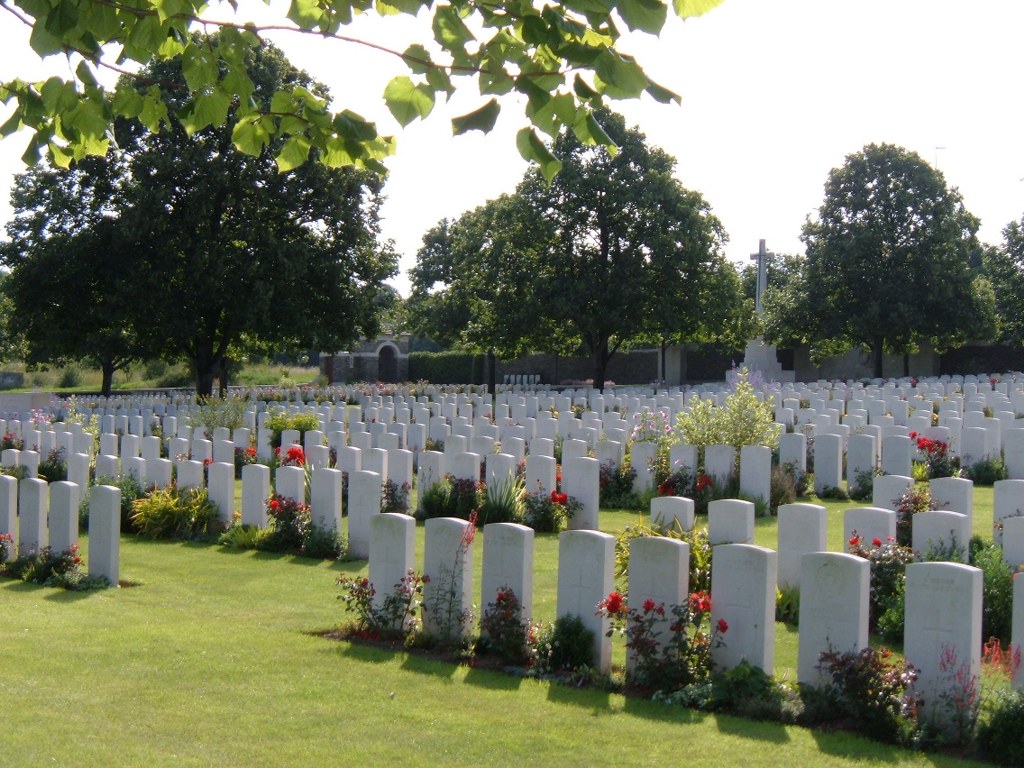 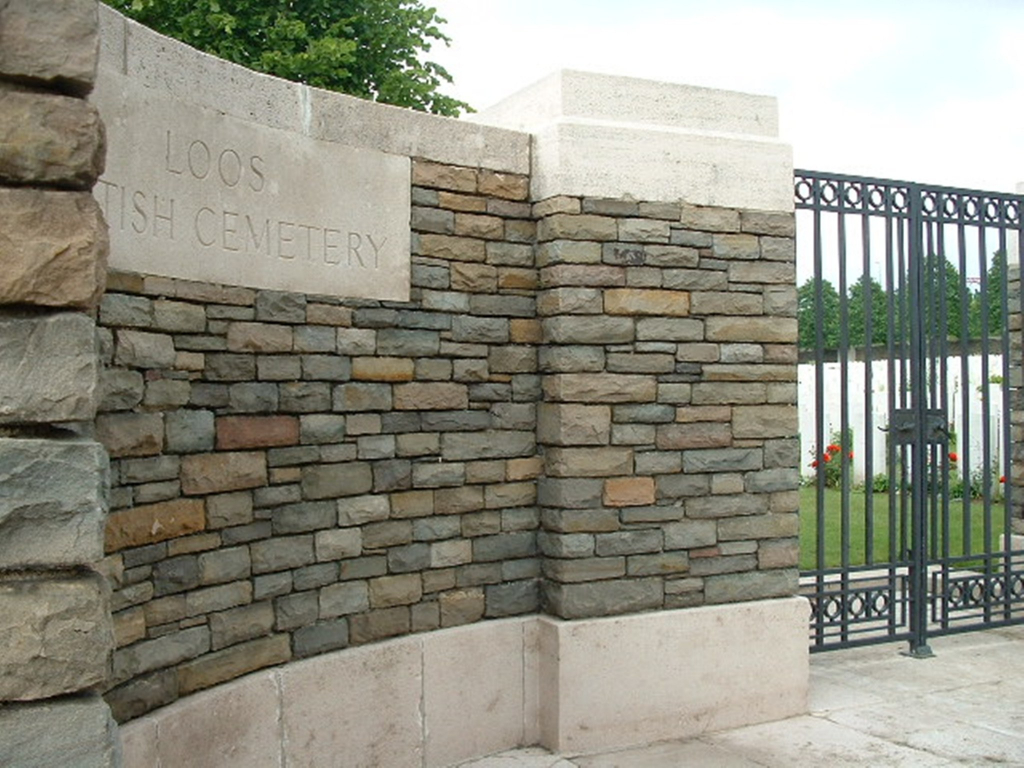 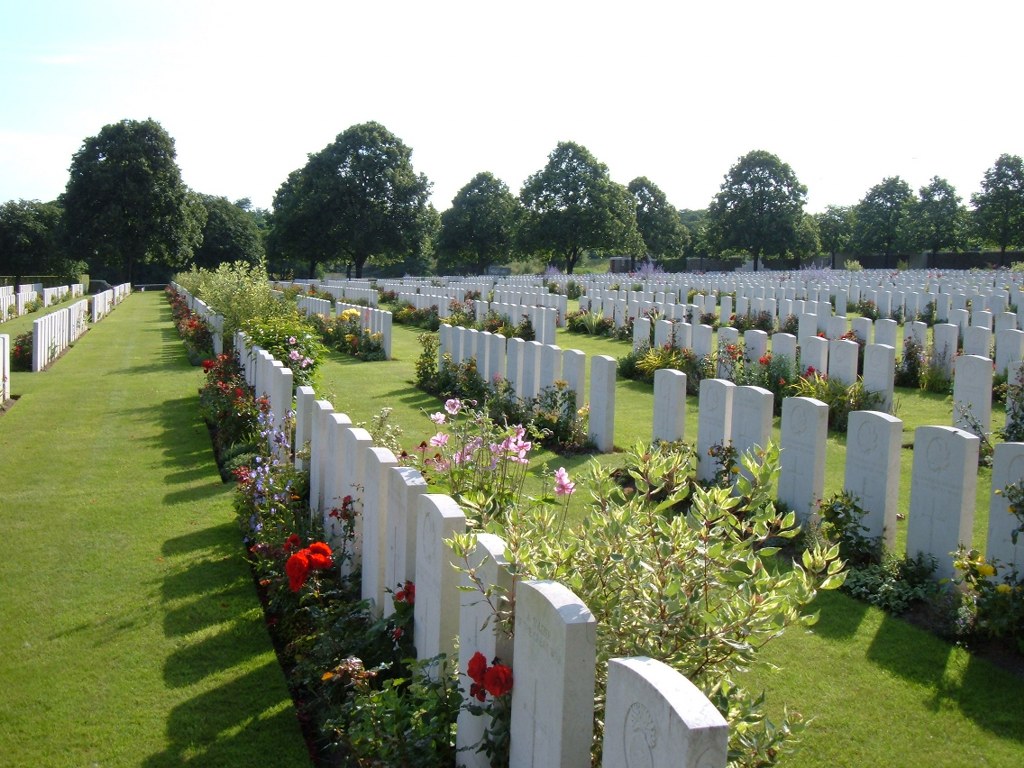 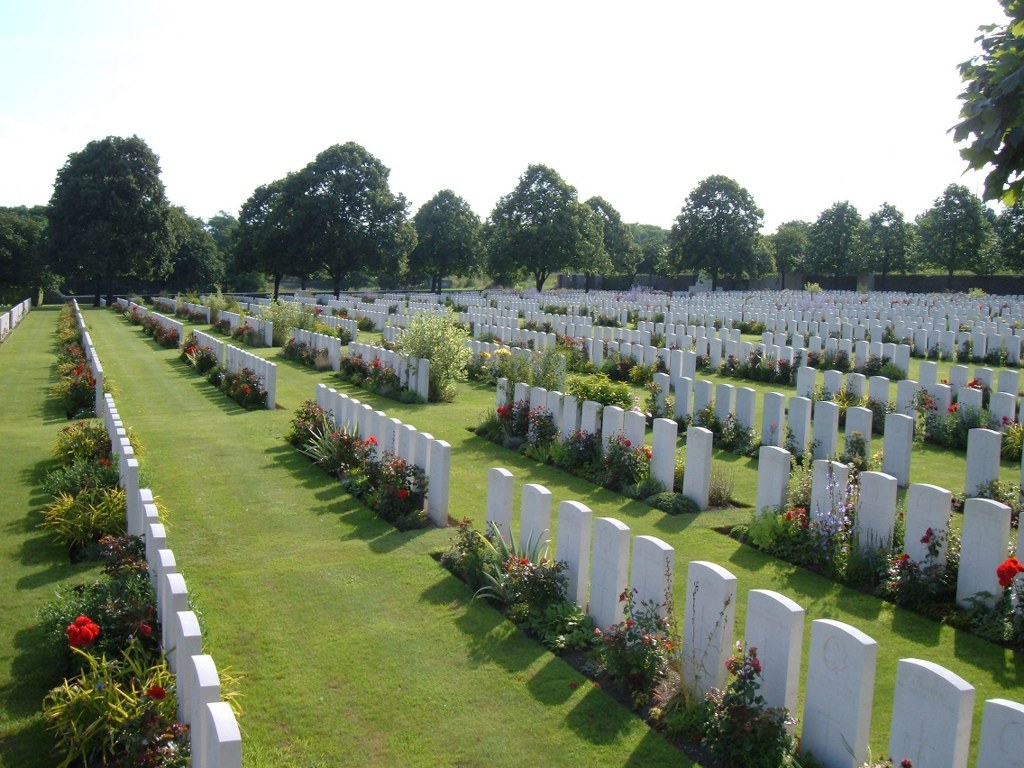 Loos (Loos-en-Gohelle) is a village to the north of the road from Lens to Bethune. From Lens, take the N43 towards Bethune. Arriving at Loos, turn right at CWGC sign post. The cemetery is about 1 kilometre from Loos Church in the southern part of the village.