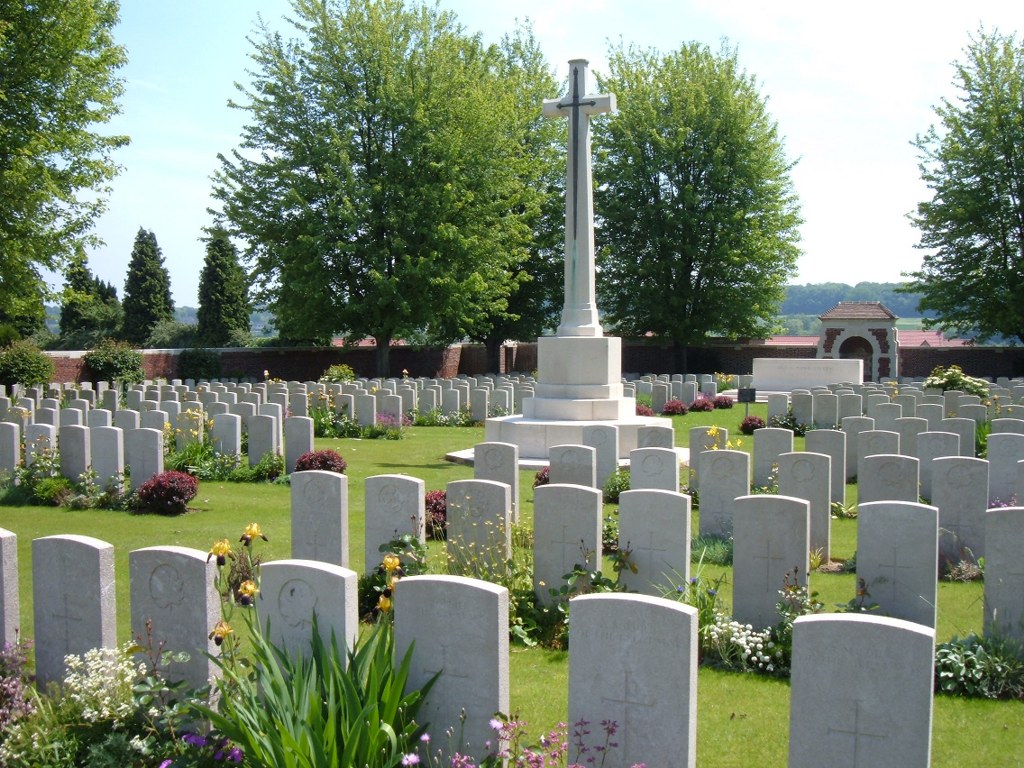 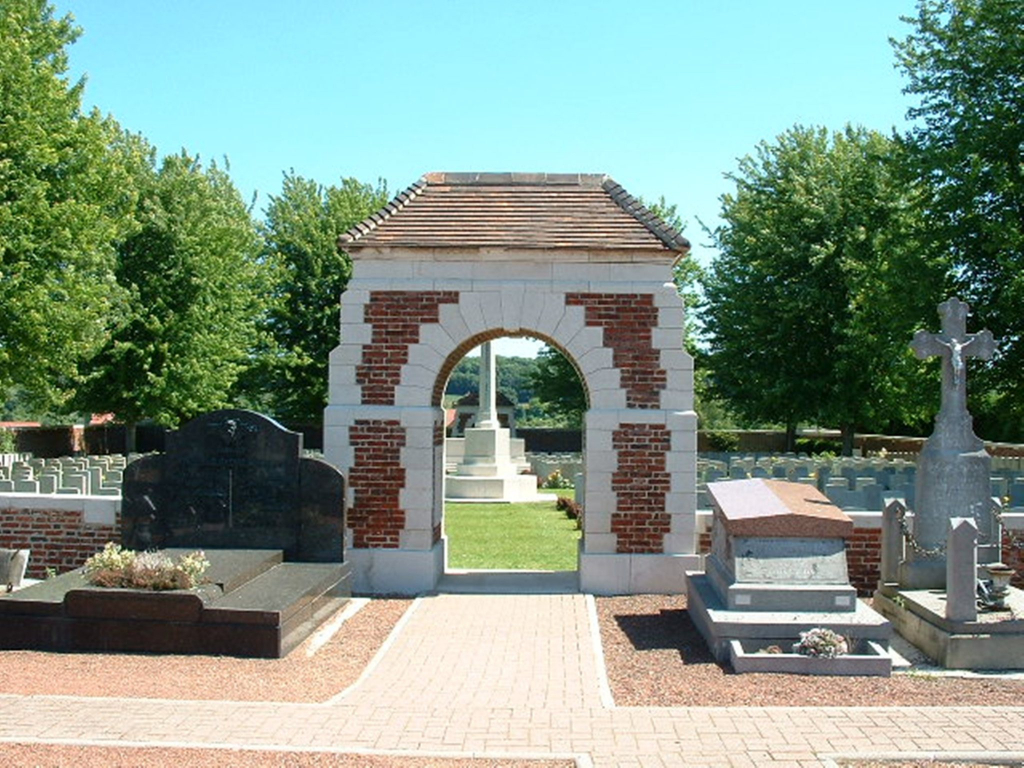 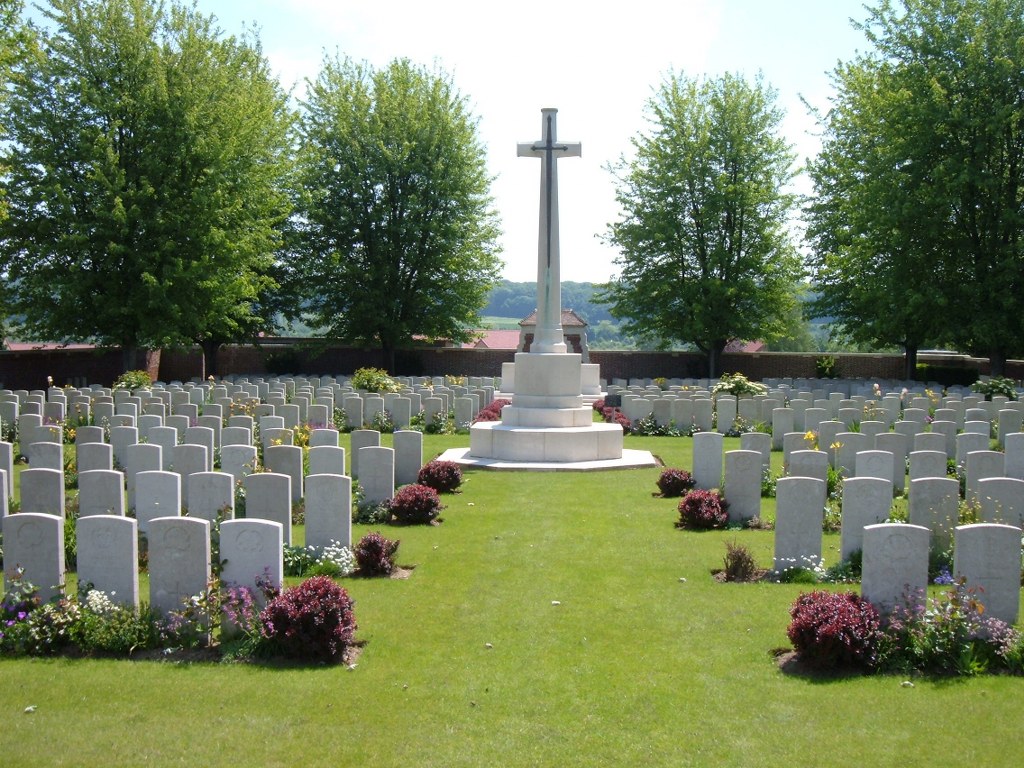 Lievin is a small town in the Department of the Pas-de-Calais, 3.5 kilometres west of Lens. The Communal Cemetery is on the south-west side of the town on the road to Givenchy-en-Gohelle.