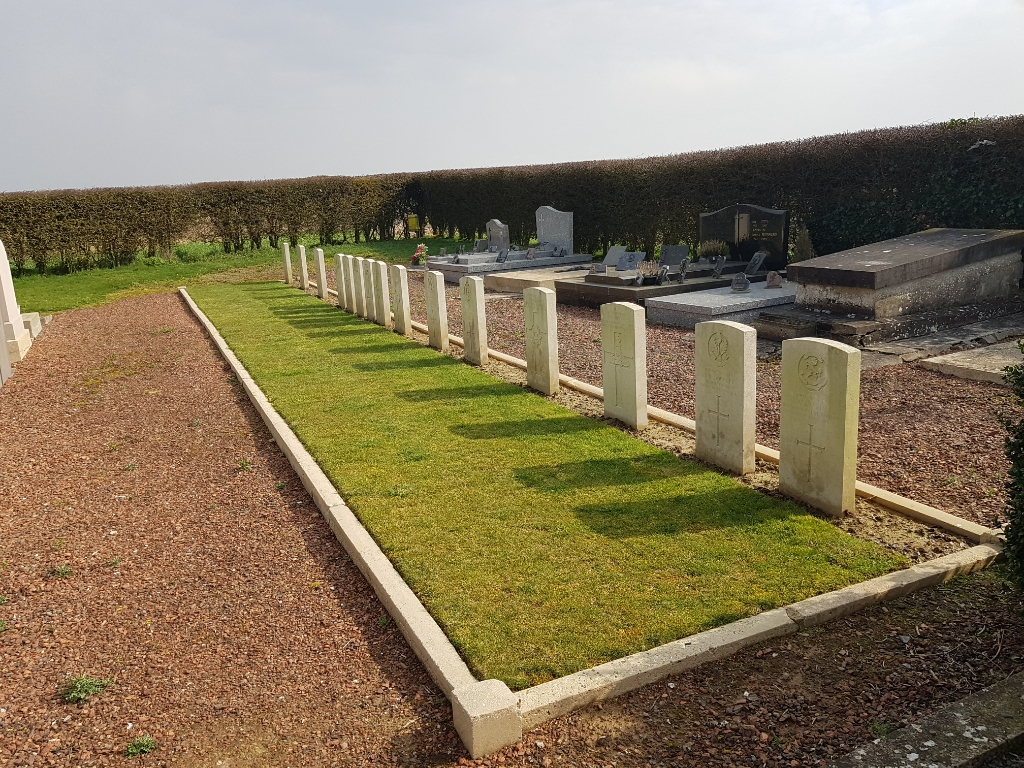 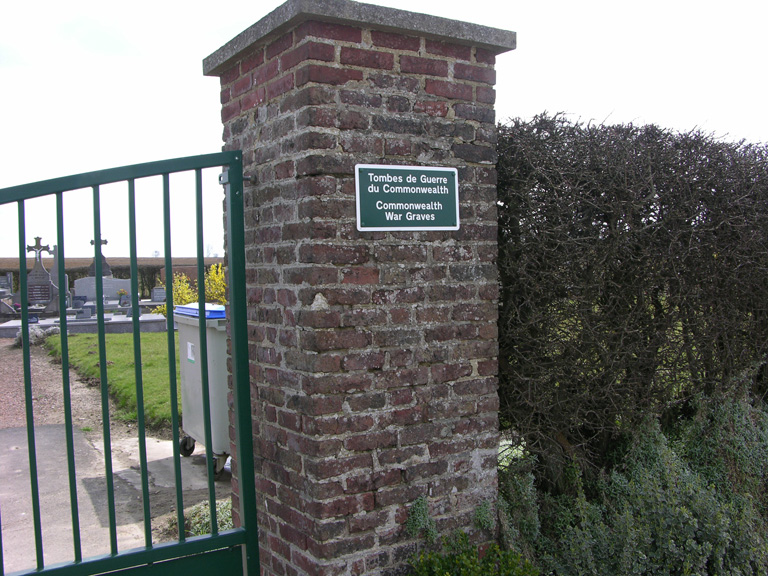 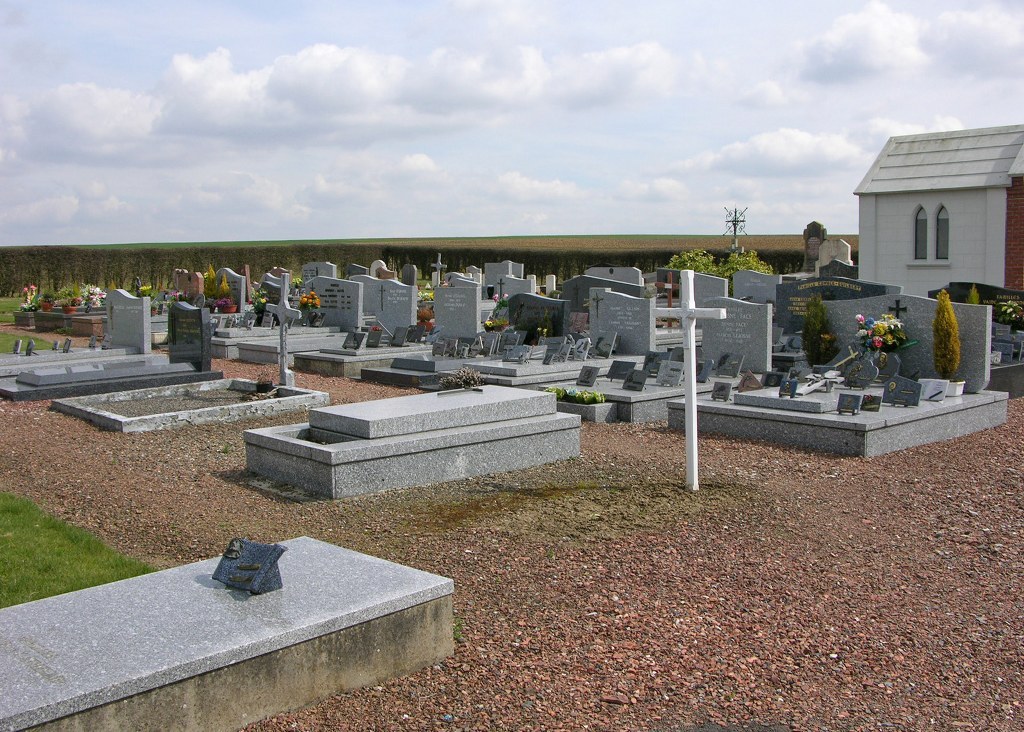 Barastre Communal Cemetery is on the north side of the village of Barastre, which is 6 kilometres south-east of the town of Bapaume.

Barastre was occupied by British troops in March, 1917, lost in March, 1918, and cleared by the 42nd (East Lancashire) Division on the following 5th September. There are now over 10, 1914-18 war casualties commemorated in this site. One of whom was buried by the Germans in 1916 and the remainder by their comrades in September, 1918. The German Extension has been removed, together with 225 German and four French graves from the Communal Cemetery itself.