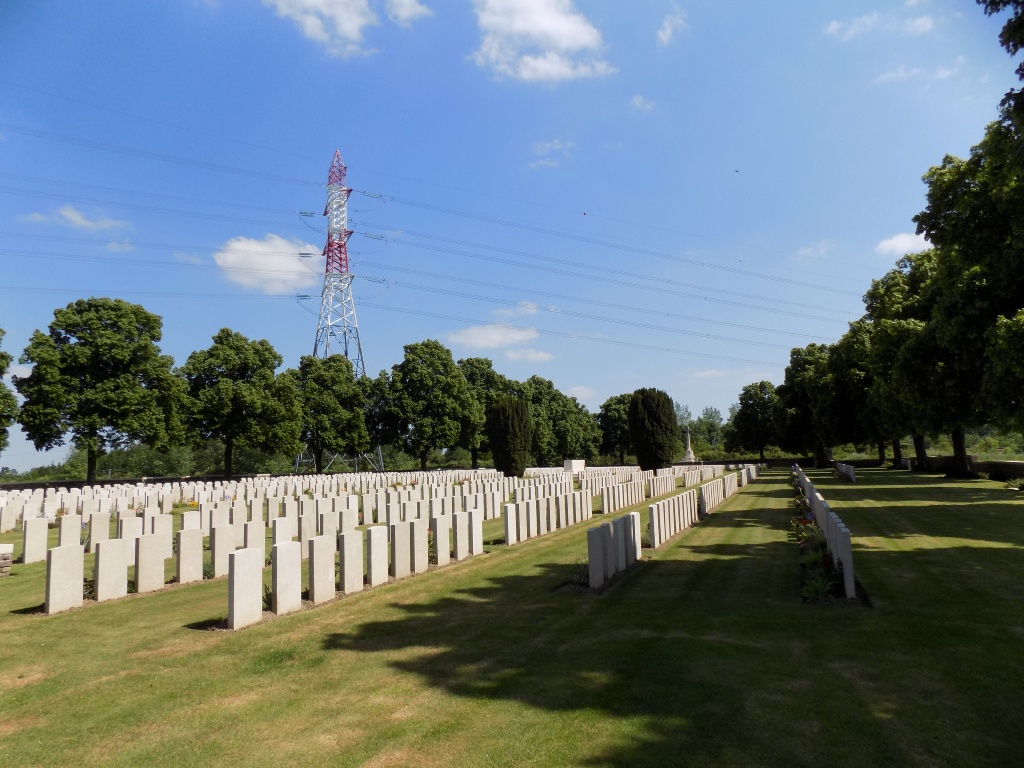 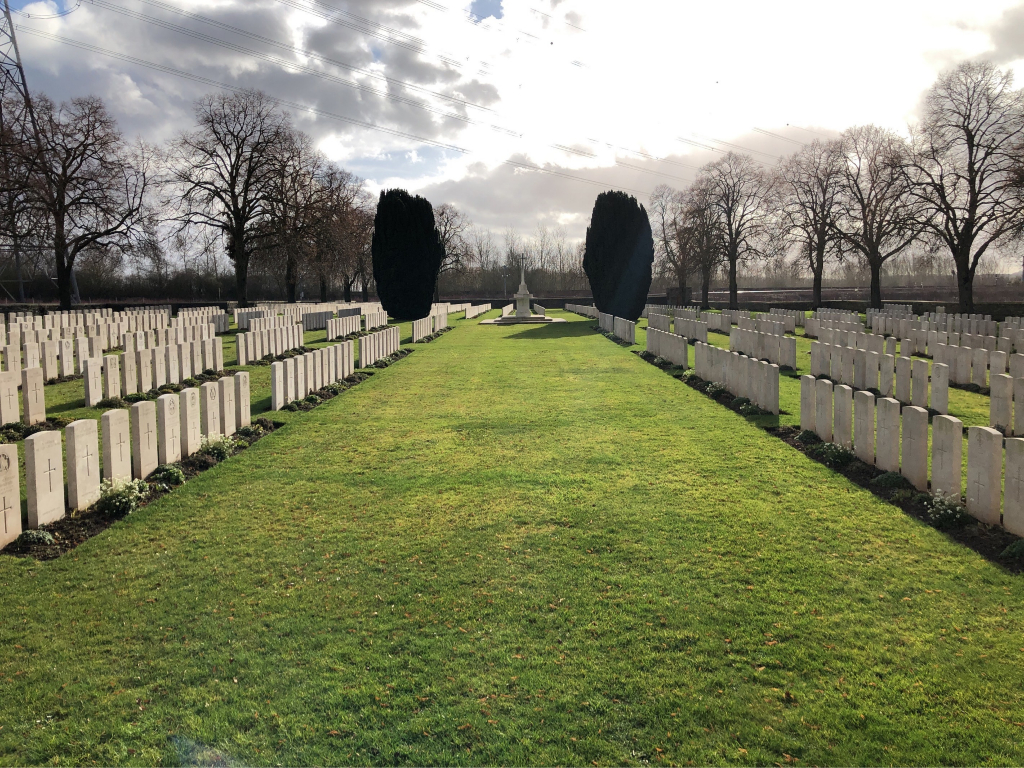 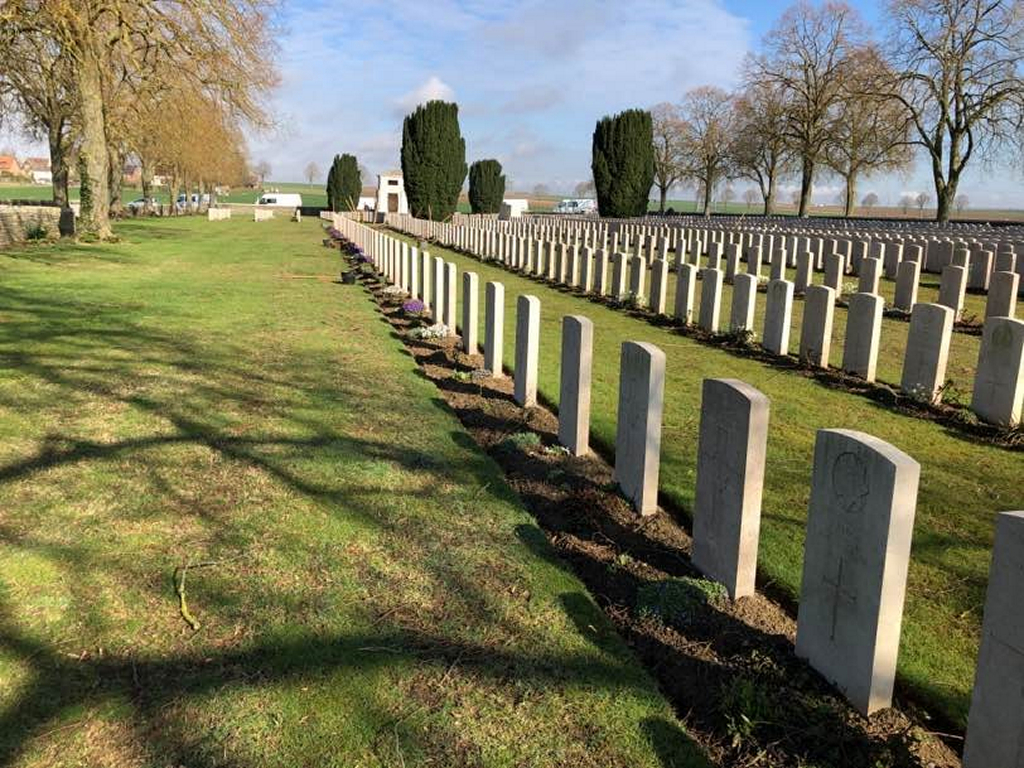 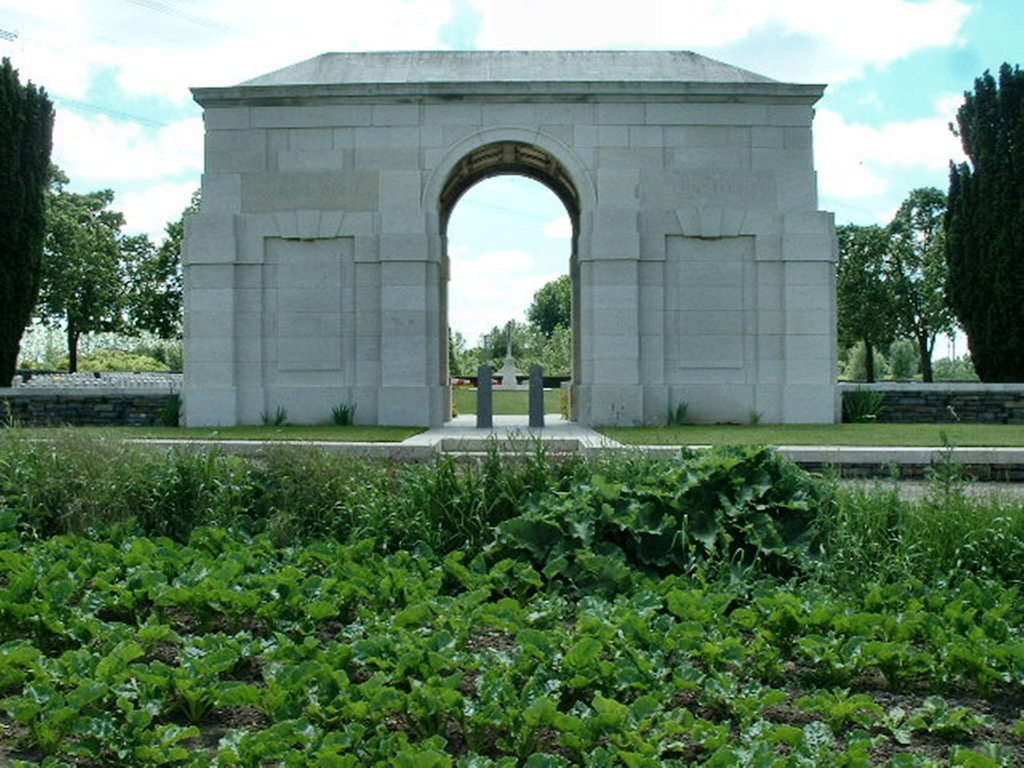 Roeux is a village about 8 kilometres east of Arras. Brown's Copse Cemetery is about one kilometre north-west of Roeux on the eastern outskirts of the neighbouring village of Fampoux. It is signposted from Fampoux village.

Roeux was built over a system of caves which helped to make its capture in 1917 exceptionally difficult. It was attacked by the 9th (Scottish) Division without success on 12 April. The chemical works close to the railway station were taken by the 51st (Highland) Division on 22 April and after incessant fighting, the village was cleared by the same Division on 14 May. The chemical works were lost again and retaken on 16 May. The Germans re-entered the village at the end of March 1918, and it was finally retaken by the 51st Division on the following 26 August.

The cemetery is named from a small copse (the Bois Rossignol) on the east side. Plots I to IV are composed almost entirely of graves cleared from the battlefield in the summer of 1917. Plots V to VIII were made after the Armistice when 850 graves were brought in from a wide area north and east of Arras.

The following were the only considerable burial grounds from which British graves were taken to Brown's Copse Cemetery:-

SEAFORTH CEMETERY, ROEUX, North-East side of the road from the village to the station, where 18 soldiers from the United Kingdom were buried in April, 1917, and 21 of the 6th Seaforths in August and September, 1918.

VITRY-EN-ARTOIS COMMUNAL CEMETERY and GERMAN EXTENSION, in which 17 soldiers from the United Kingdom (mainly officers of the Royal Flying Corps) were buried by the enemy.

The cemetery now contains 2,072 burials and commemorations of the First World War. 862 of the burials are unidentified but there are special memorials to eight casualties known or believed to be buried among them. Other special memorials commemorate two casualties buried in Vitry-en-Artois Communal Cemetery German Extension, whose graves could not be found.