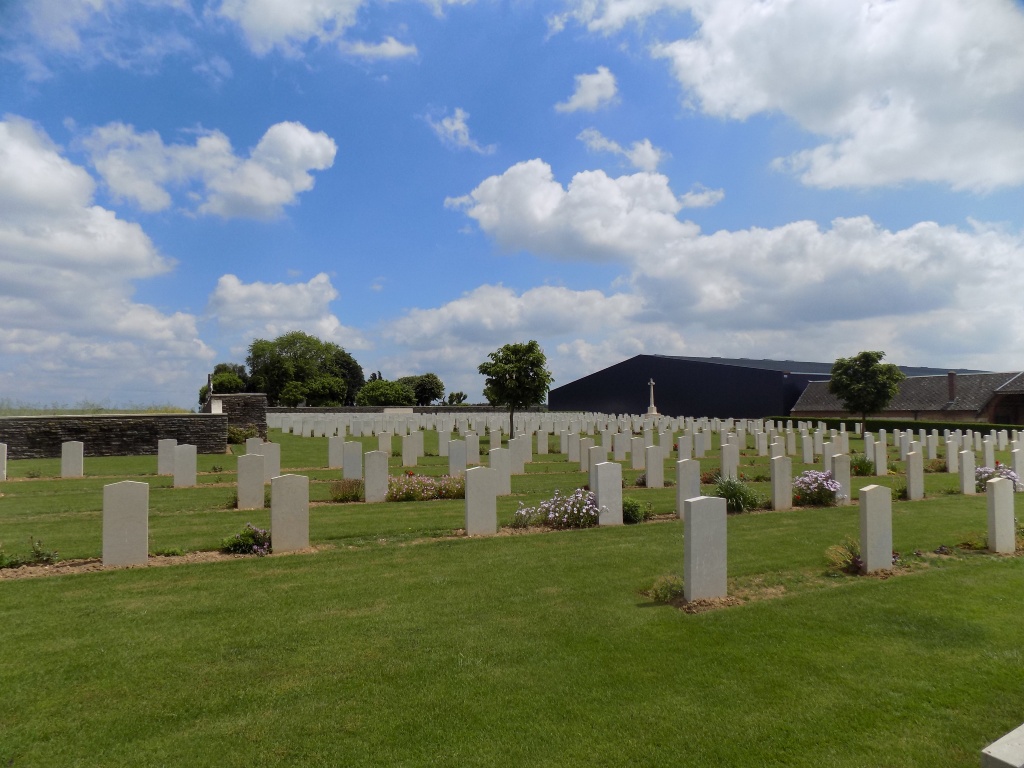 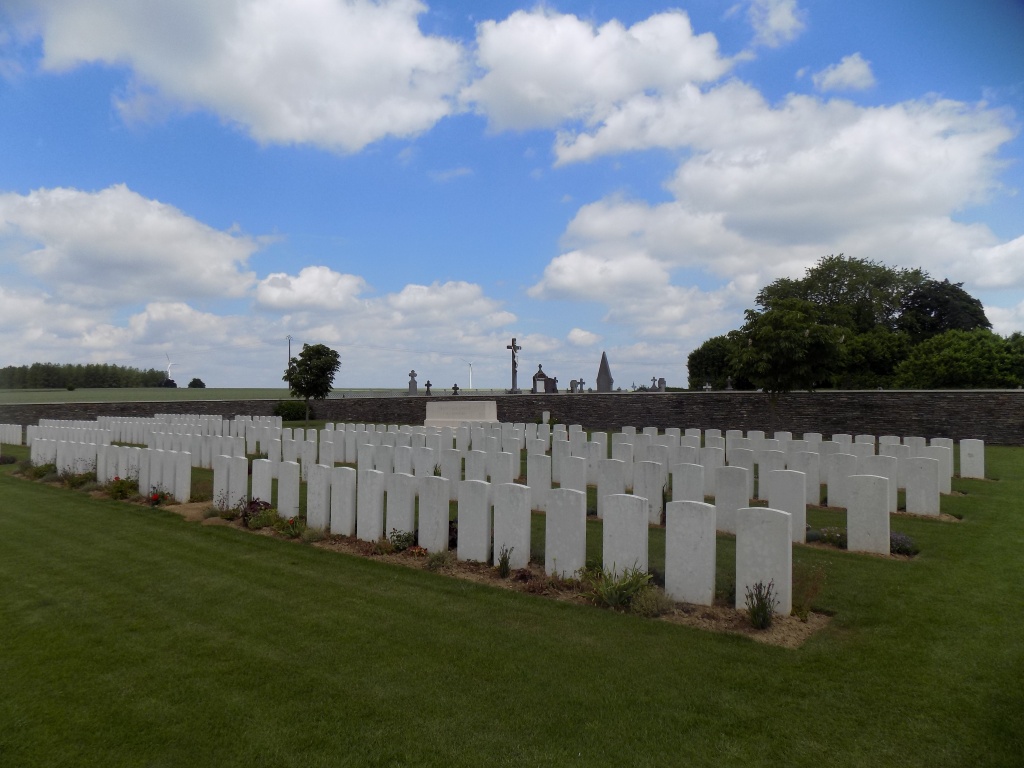 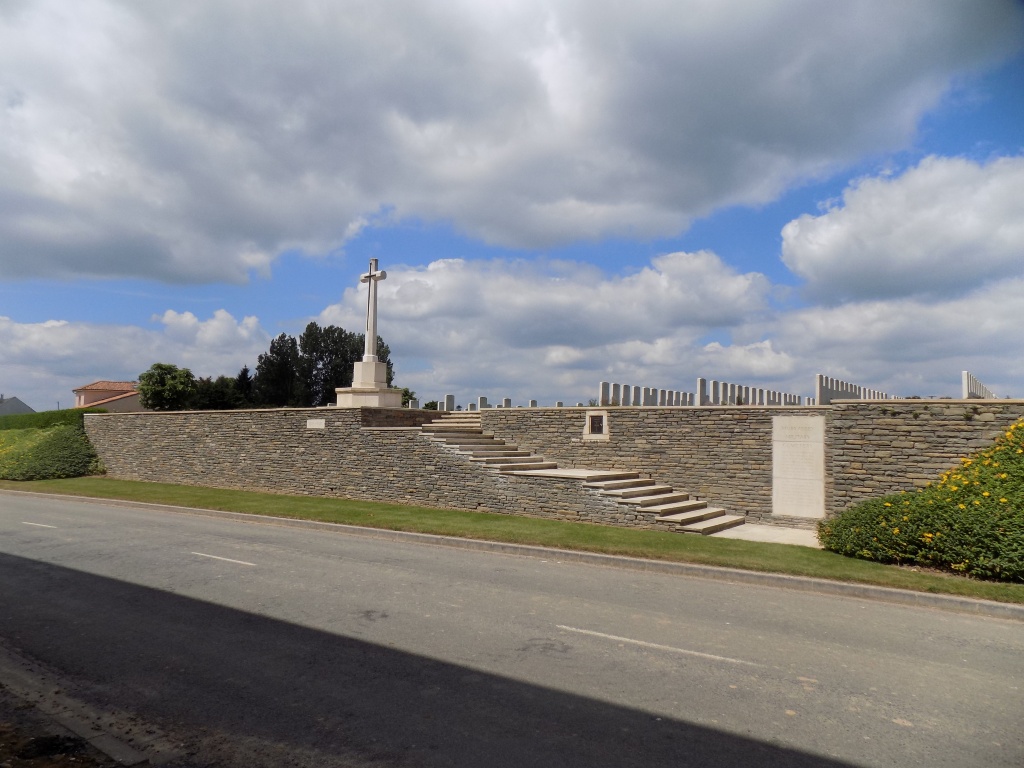 Mory is a village between Arras and Bapaume, and about 2 kilometres east of the village of Ervillers. Mory-Abbey Military Cemetery is 450 metres north of the village on the north side of the road to Ecoust-St. Mein opposite a large farm called "L'Abbaye".

Mory village was occupied by Commonwealth troops in the middle of March 1917. It was lost after obstinate defence by the 40th and 34th Division a year later and recaptured towards the end of the following August, after severe fighting, by the 62nd (West Riding) and Guard Divisions. The German burials in a plot on the west side of the cemetery were made by German troops in March-August 1918, or by Commonwealth troops in September 1918. The Commonwealth plots were begun at the end of March 1917 and carried on by fighting units until March 1918, and again in August and September 1918, as far as and including Plot III. The graves in Plots IV and V - including many of the Guards Division, and chiefly of 1918 - were added after the Armistice from the battlefields between St. Leger and Bapaume. They also included concentrations from the following smaller cemeteries:- GRENADIER GUARDS CEMETERY, ST. LEGER, on the road to Vraucourt, which contained the graves of 24 men of the 2nd Grenadier Guards and two other soldiers from the United Kingdom who fell on the 27th August 1918. HALLY COPSE EAST CEMETERY, ST. LEGER, between "Hally Copse" and the road to Vraucourt, which contained the graves of 49 soldiers from the United Kingdom (all of the Guards Division except one) who fell in August 1918. MORY FRENCH CEMETERY, nearly a kilometre South-West of the village, in which three soldiers from the United Kingdom were buried in February and March 1917. Mory Abbey Military Cemetery contains 619 Commonwealth burials of the First World War. 101 of the burials are unidentified, but there is a special memorial to one casualty known to be buried among them. The cemetery also contains 230 German burials.