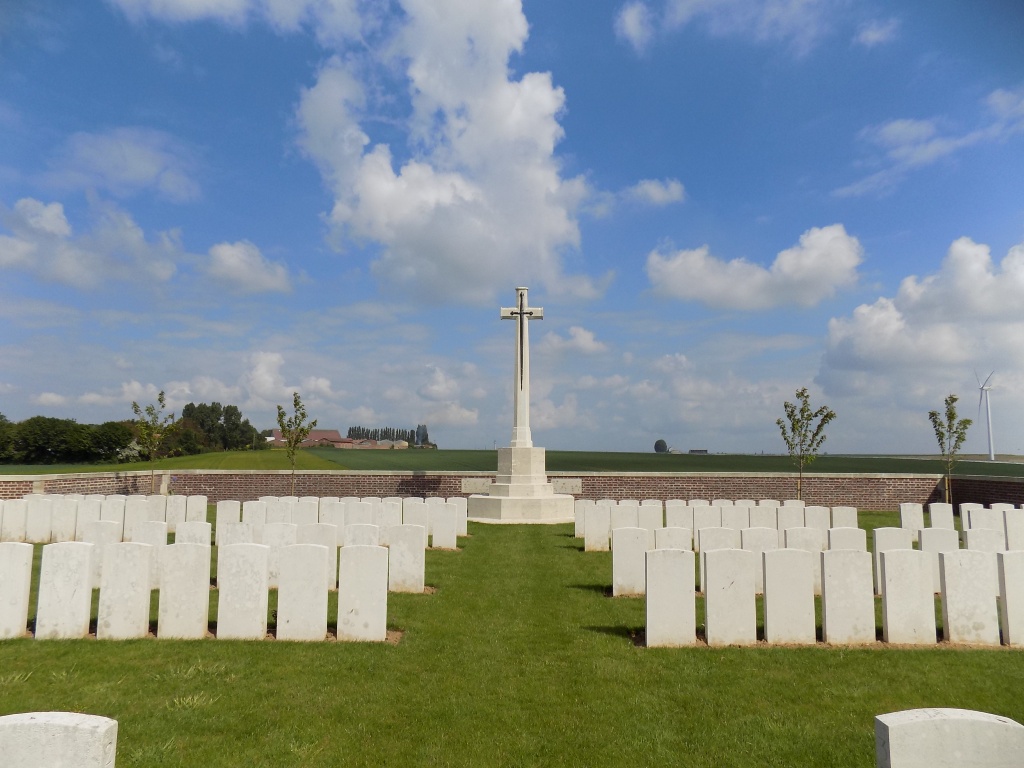 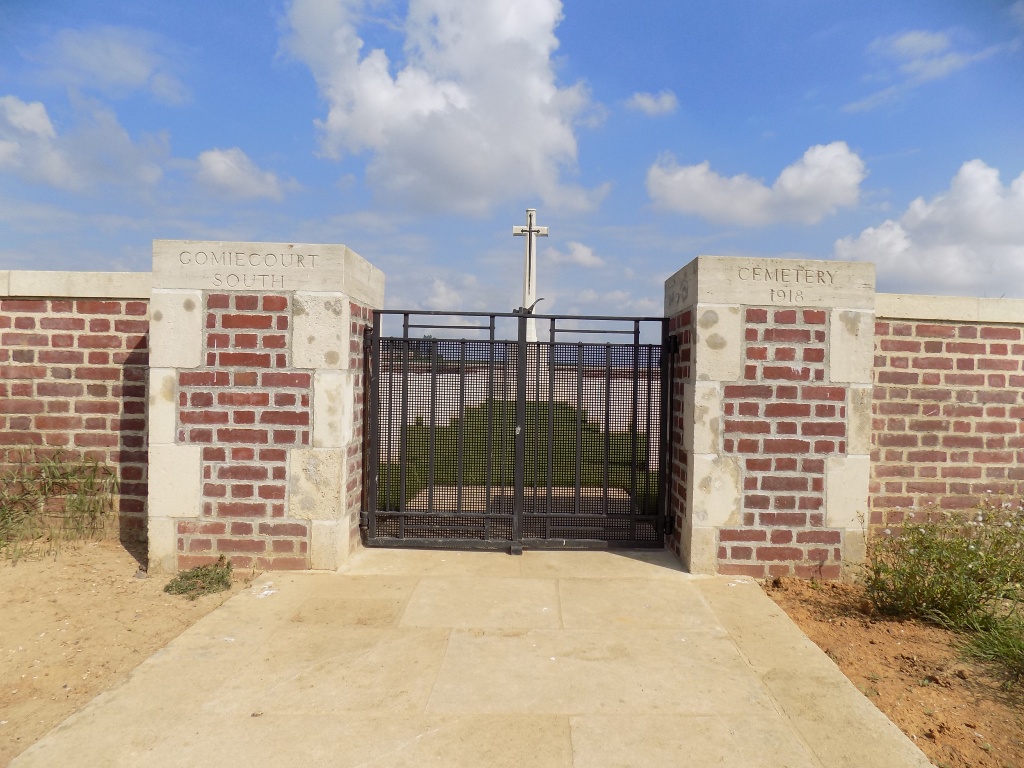 Gomiecourt is a village in the Department of the Pas-de-Calais, 16 kilometres south of Arras and 6 kilometres north-west of Bapaume. Gomiecourt South Cemetery is on the south-east side of the village.

Gomiecourt village was captured by the 3rd Division on 23 August 1918 and the cemetery was made by the 62nd Division Burial Officer at the end of August 1918 Gomiecourt South Cemetery contains 206 Commonwealth burials of the First World War, ten of which are unidentified. 27 German burials form a separate plot on the south-west side.