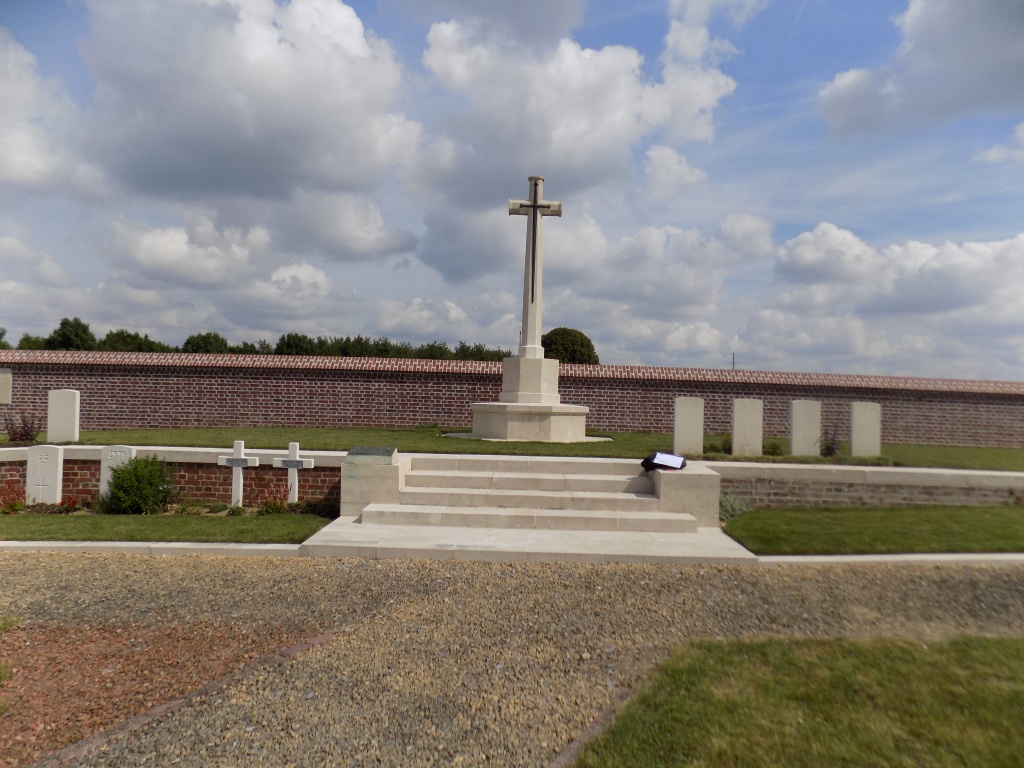 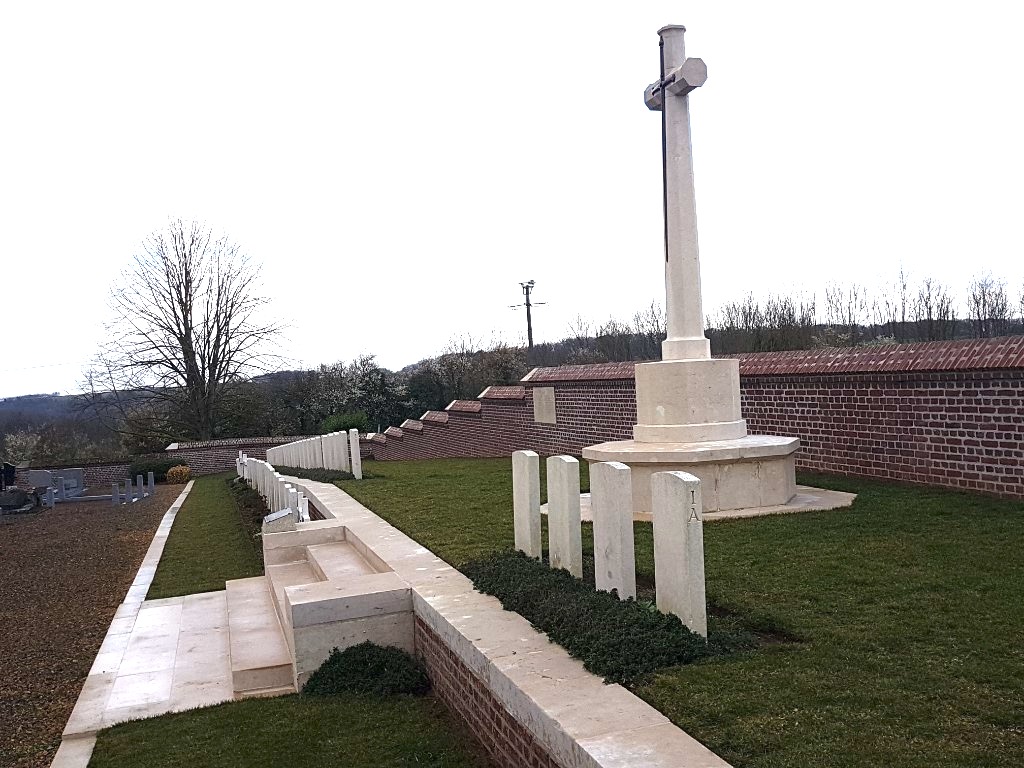 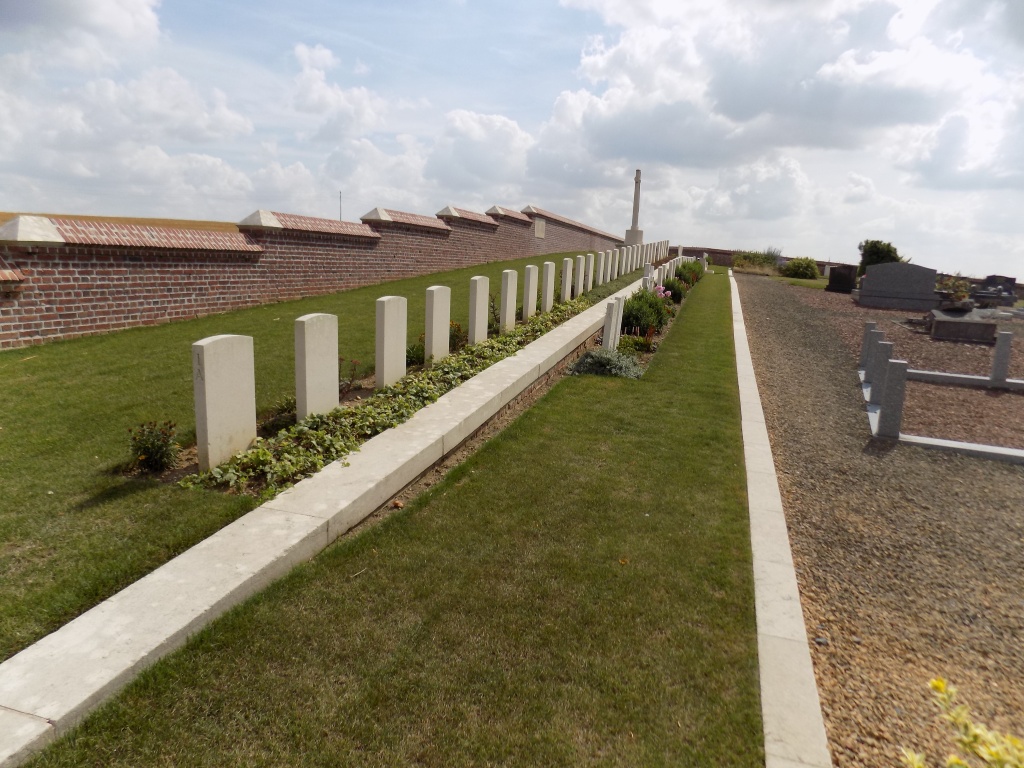 Chipilly is a 10 kilometres south-east of Albert and 27 kilometres east of Amiens. From Albert, take the D42 in the direction of Morlancourt and Moreuil. As you pass through Morlancourt, on your left there will be a signpost indicating Bray and Chipilly. Turn left here, cross over the D1 Bray road south to Chipilly. The Communal Cemetery lies on the left hand side of the road with the CWGC Plots situated to the far left and the Extension to the rear of the cemetery. The register is available in the Mairie on Monday from 14.00 to 15.00 and Thursday from 18.00 to 19.00

The village of Chipilly was used by field ambulances in 1916. It was captured by the Germans in March 1918 and retaken in August, after a severe struggle, by the 58th (London) Division. CHIPILLY COMMUNAL CEMETERY contains a Commonwealth plot, begun in August 1915 and used until March 1916. A further burial was added to Row A in April 1918. The communal cemetery now contains 55 Commonwealth burials of the First World War, two of them unidentified. There are also four French war graves within the plot. CHIPILLY COMMUNAL CEMETERY EXTENSION was made by Commonwealth troops between March 1916 and February 1917, then used again for three burials in the summer of 1918. The extension contains 31 First World War burials.