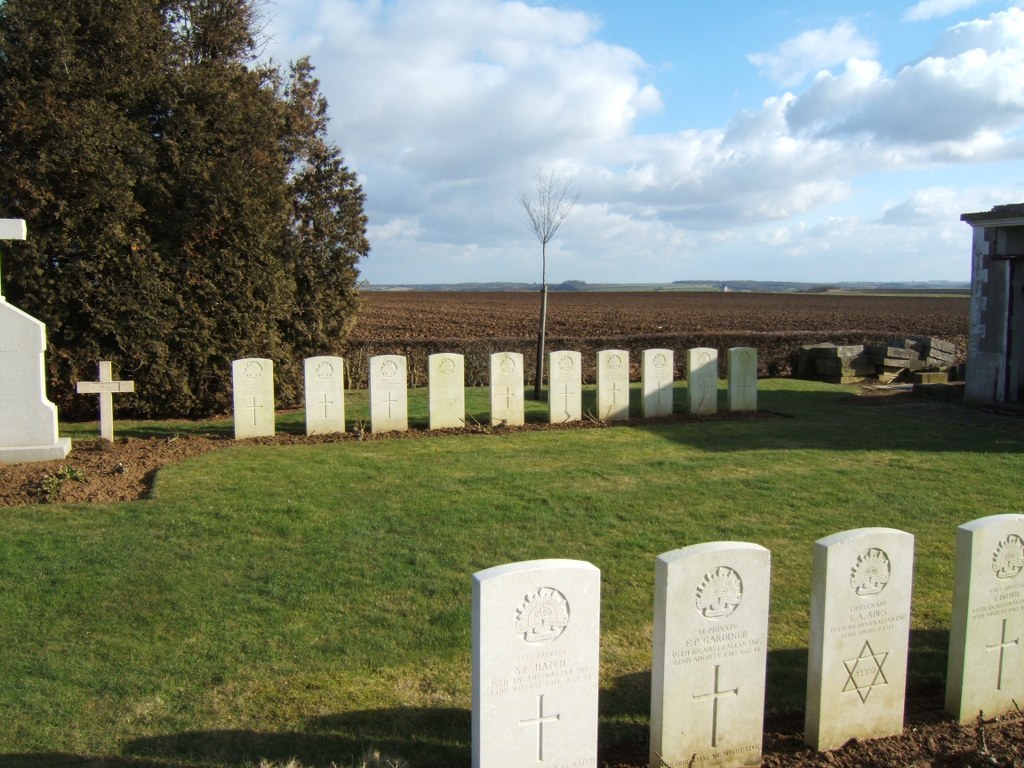 The village of Etinehem remained in Allied hands until March 1918 and the great German advance; it was retaken by the 50th Australian Battalion on 10 August 1918. Cote 80 French National Cemetery, called originally Point 80 French Military Cemetery, was named from a road crossing near by. In June-October 1916 two French field ambulances made this cemetery and another near by at Cote 77. In the middle of the cemetery at Cote 80, they buried a number of Commonwealth soldiers and in August 1918, Australian troops added graves to the existing Commonwealth rows, and more at the east end. After the Armistice the French authorities moved the French graves from Cote 77 into Cote 80. The cemetery now contains 49 Commonwealth burials of the First World War, five of which are unidentified.