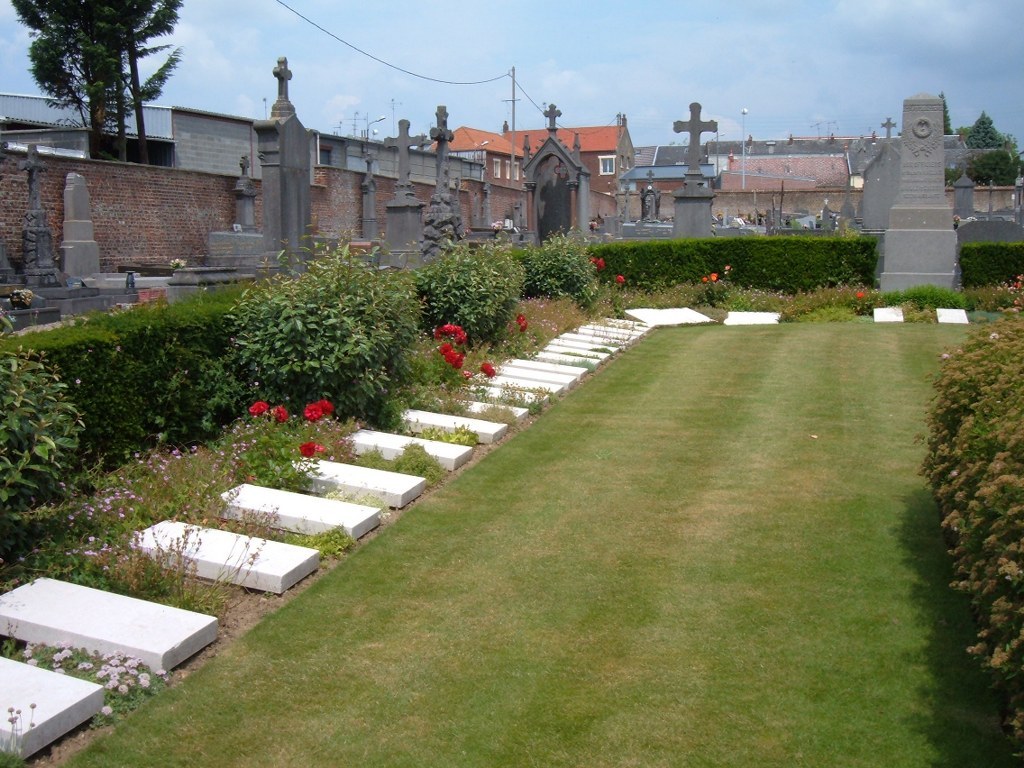 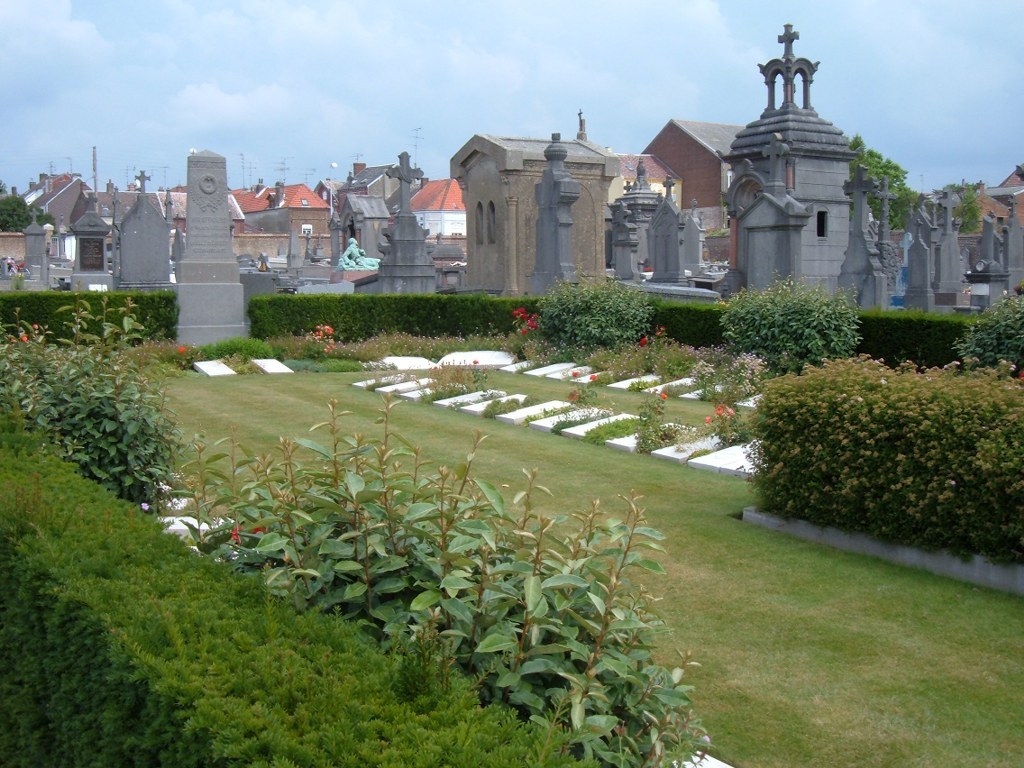 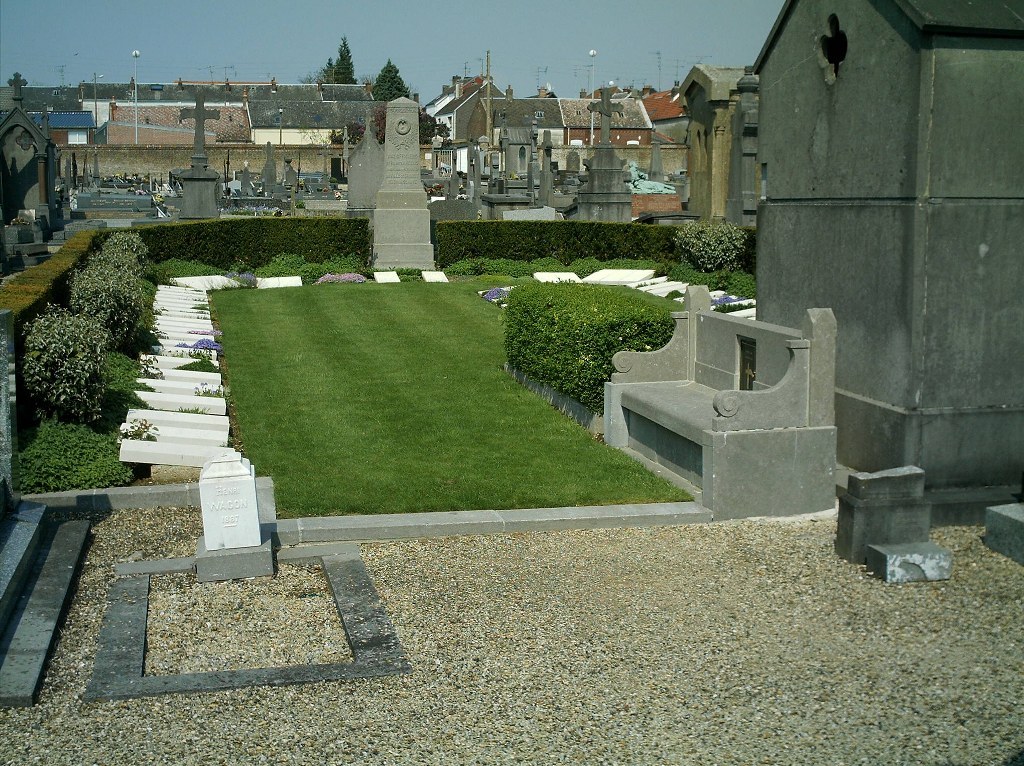 Caudry is a town about 13 kilometres east of Cambrai on the south side of the main road (D643) to Le Cateau. The Old Communal Cemetery is near the centre of town, but is best accessed from the eastern by-pass road (a dual carriageway). At the first set of traffic lights on this road turn right and head into town. The Cemetery is about 1 kilometre down this road (Rue Aristide Briard) on the right (rue du Souvenir Français). The Memorial dedicated to the First World War and erected by French Local Authorities is located place Charles de Gaulle in the Centre itself.

Caudry town was the scene of part of the Battle of Le Cateau on the 26th August 1914, and from that date it remained in German hands until the 10th October 1918, when it was captured by the 37th Division. It had been a German centre for medical units, and during October 1918 and the following five months the 21st, 3rd, 19th, and 49th Casualty Clearing Stations passed through it. There are now over 100, 1914-18 war casualties commemorated in this site. Of these, one-third are unidentified and three, which cannot now be exactly located, are represented by special memorials. Five, identified as a group but not individually, are marked with headstones bearing the additional words "Buried near this spot". This cemetery contained also French, German and Russian graves. The low curb on which the names of the British soldiers are inscribed was erected by the people of Caudry (whose War Memorial includes a representation of the entrance of British troops into the town); it has been supplemented by recumbent headstones.