Access to this cemetery is through a working farm yard. This is a right of way, but please proceed with caution. 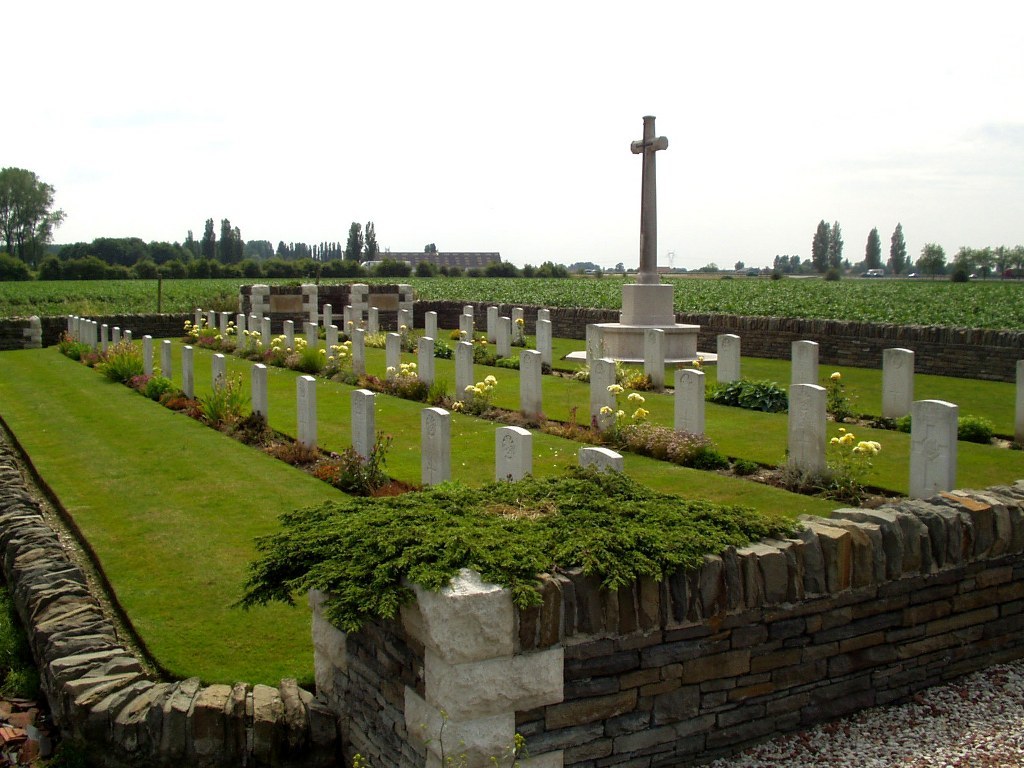 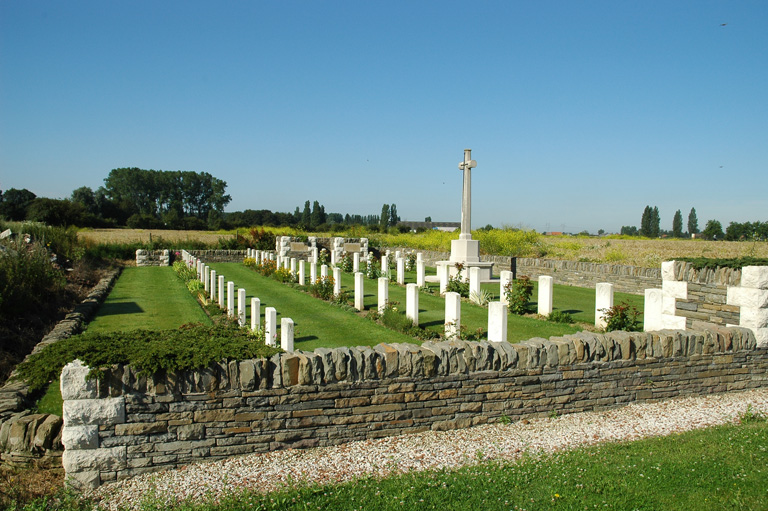 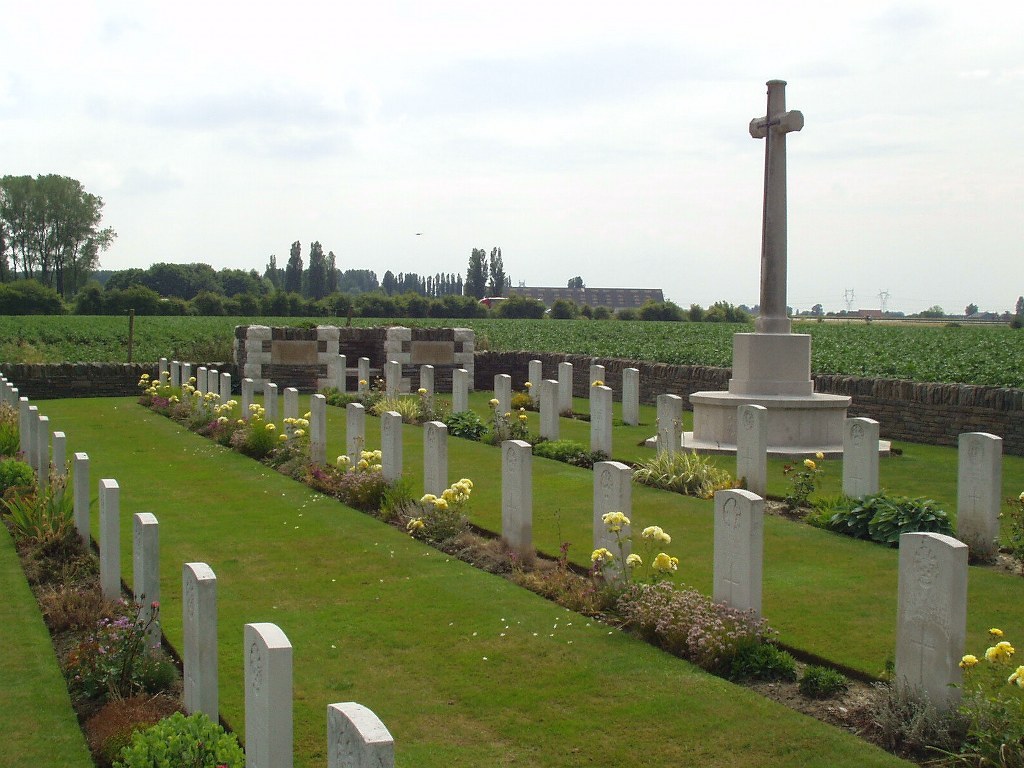 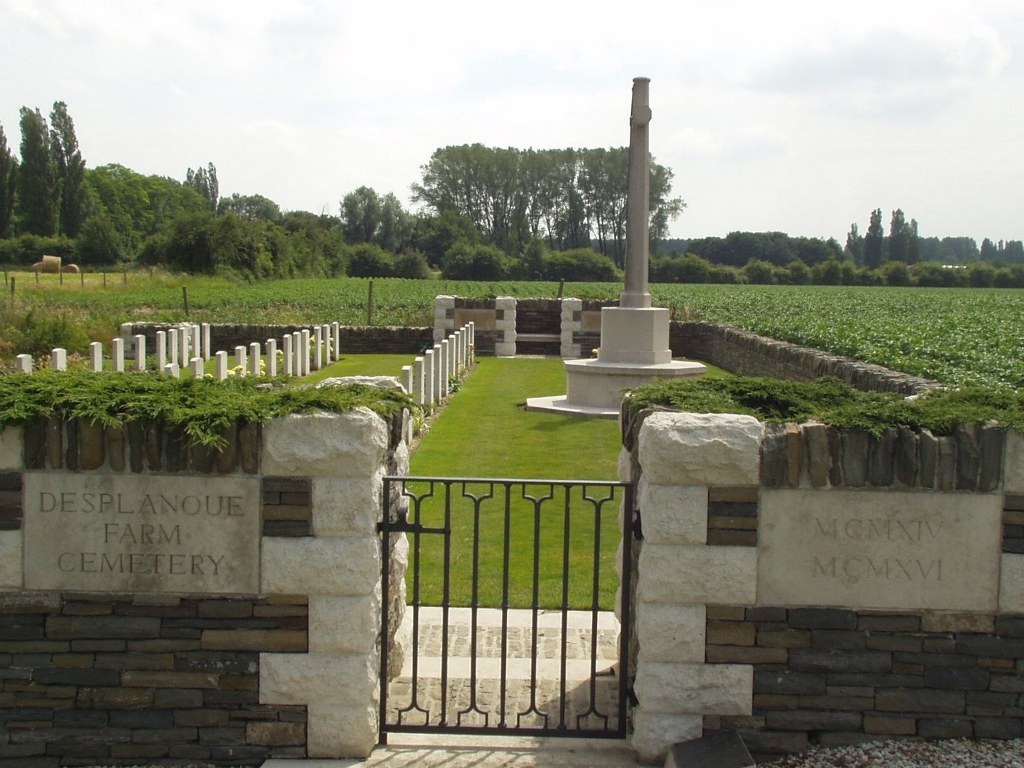 La Chapelle-d'Armentieres is a village 1.5 kilometres to the west of Armentieres, a large town in the north of France. From the Marie in La Chapelle d'Armentieres turn left onto the main road and continue to the roundabout. Turn right towards the motorway and after 1 kilometre turn into the farmyard and pass through the archway where the cemetery will be found on the left.

This cemetery has been subject to persistent serious flooding. As a temporary measure to facilitate access we have had to put down gravel but in winter months and when it rains the track leading to the cemetery is often inaccessible. We apologise for this unacceptable situation, which we and the French authorities are seeking to resolve.

The village of La Chapelle-d'Armentieres was in British hands from October 1914 until the fall of Armentieres on the 10th April 1918, and it was retaken in the following October. During the British occupation it was very close to the front line, and the cemeteries which it contains are those made by fighting units and Field Ambulances in the earlier days of trench warfare. Desplanque Farm Cemetery stands behind a farm, now rebuilt, which was used at first as a dressing station and later as an observation post. It was begun in October 1914 by units of the 6th Division, and used until June 1916. There are now over 50, 1914-1918 war casualties buried in this site. Of these, a small number are unidentified. The cemetery covers an area of 473 square metres and is enclosed by a rubble wall.