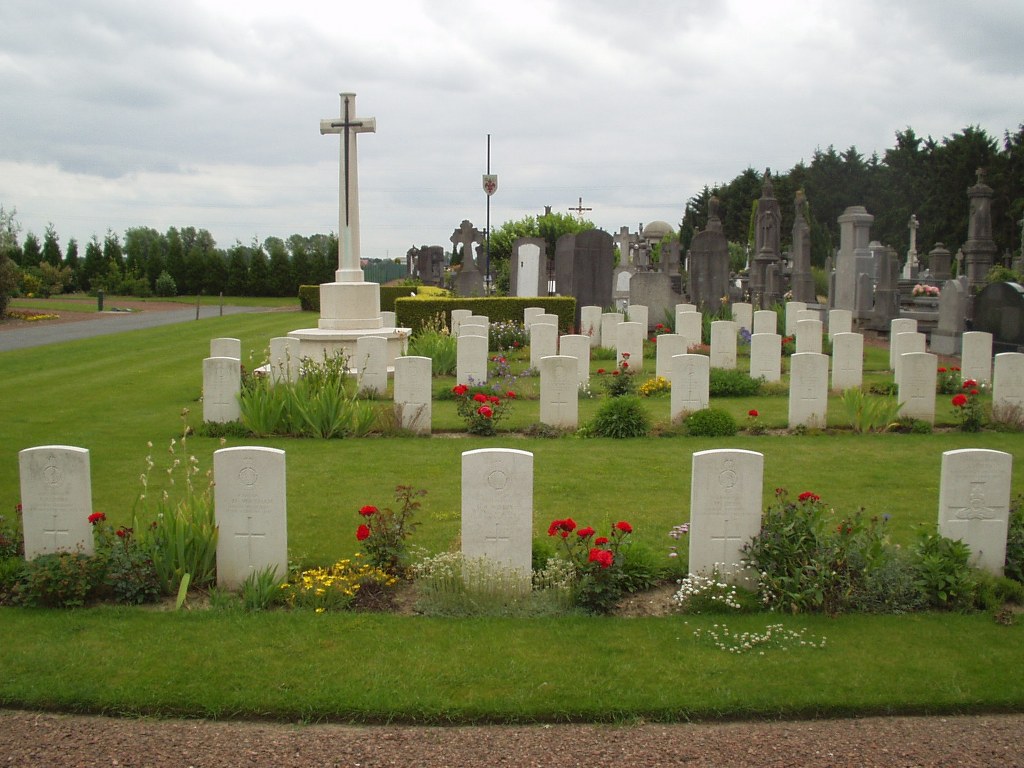 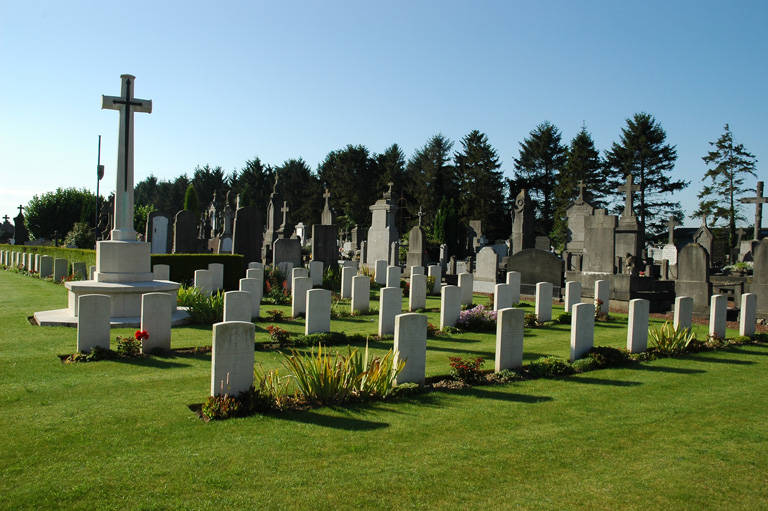 La Chapelle-d'Armentieres is a village 1.5 kilometres to the west of Armentieres, a large town in the north of France. From the Marie in La Chapelle-d'Armentieres turn left onto the main road. Continue to the roundabout and then turn left towards Houplines. The narrow road leading to the Communal Cemetery is found on the right after 400 metres. The Commonwealth plot is to the left of the entrance to the cemetery.

La Chapelle-d'Armentieres village was in British hands from October 1914 until the fall of Armentieres on the 10th April 1918, and it was retaken in the following October. During the British occupation it was very close to the front line, and the cemeteries which it contains are those made by fighting units and Field Ambulances in the earlier days of trench warfare. There are 61 Commonwealth burials of the 1914-18 war commemorated in this site. The first grave is that of an Artilleryman buried in October 1914; the remaining graves were made in January-September 1915. The Plot covers an area of 315 square metres.