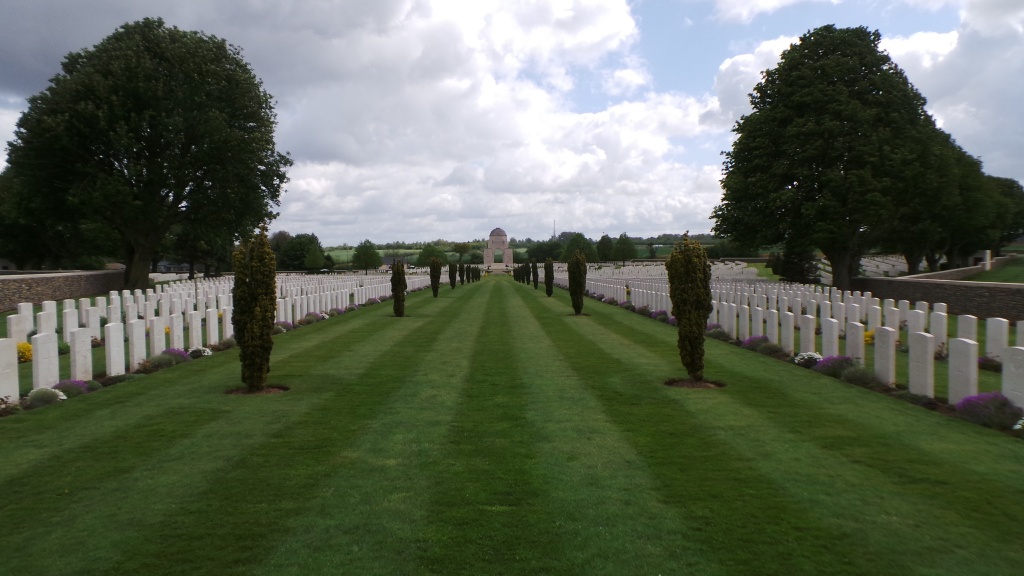 "Caberet Rouge" was a small, red-bricked, red-tiled café that stood close to this site in the early days of the First World War. The café was destroyed by shellfire in March 1915 but it gave its unusual name to this sector and to a communication trench that led troops up the front-line. Commonwealth soldiers began burying their fallen comrades here in March 1916. The cemetery was used mostly by the 47th (London) Division and the Canadian Corps until August 1917 and by different fighting units until September 1918. It was greatly enlarged in the years after the war when as many as 7,000 graves were concentrated here from over 100 other cemeteries in the area. For much of the twentieth century, Cabaret-Rouge British Cemetery served as one of a small number of ‘open cemeteries’ at which the remains of fallen servicemen newly discovered in the region were buried. Today the cemetery contains over 7,650 burials of the First World War, over half of which remain unidentified.