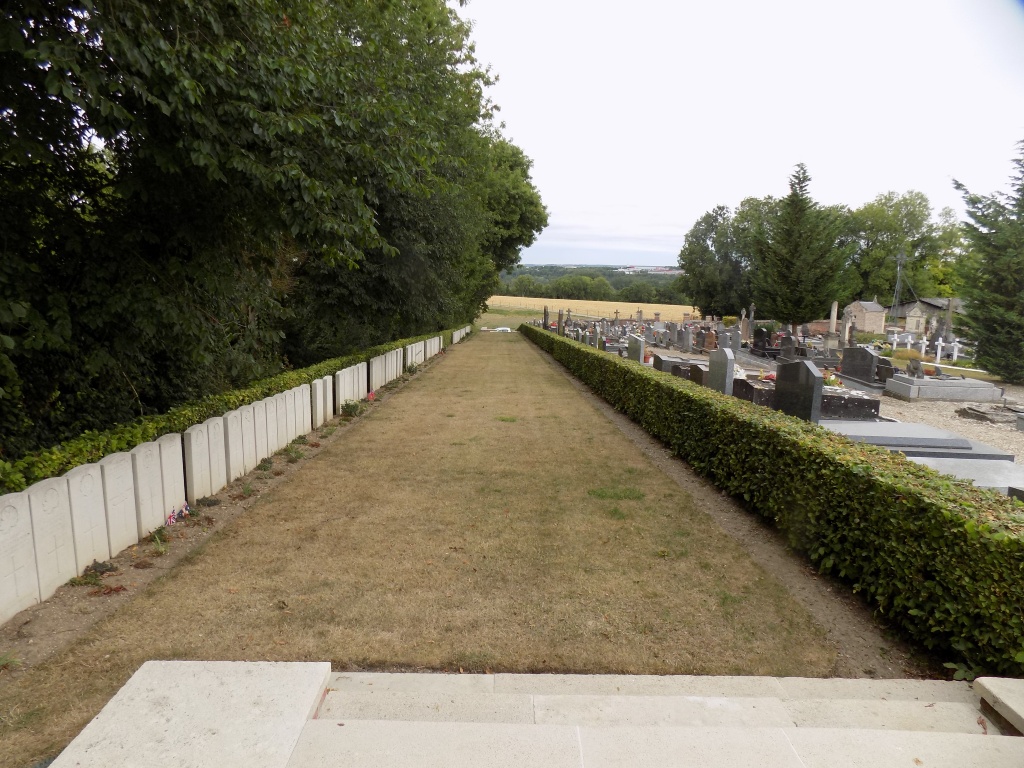 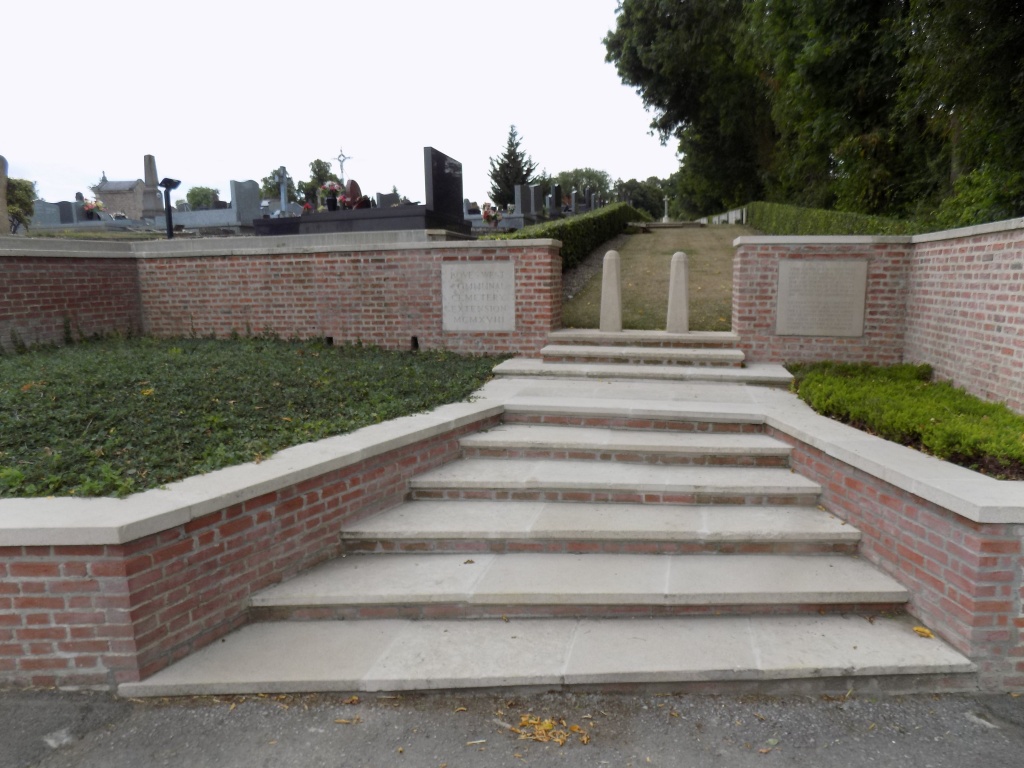 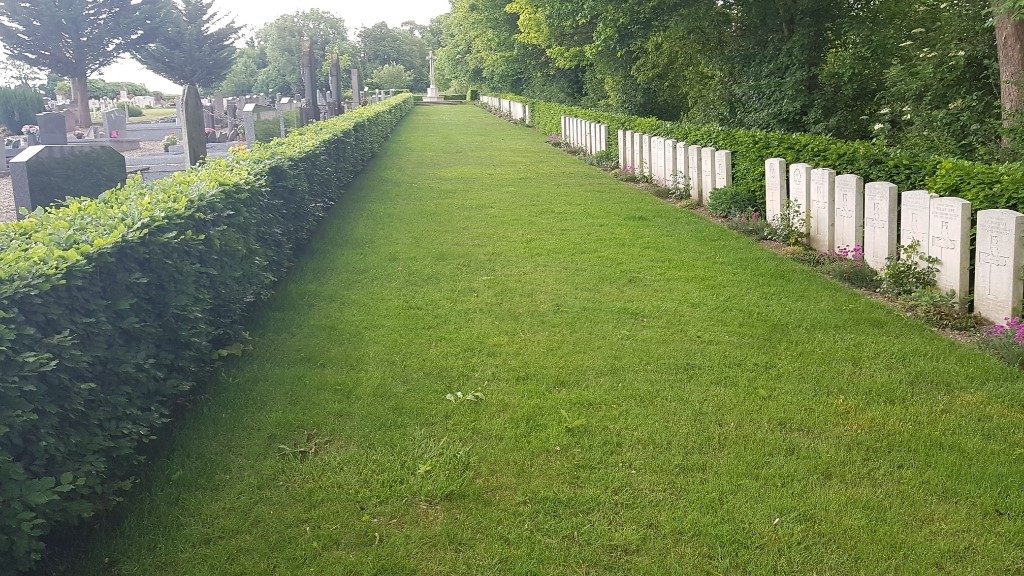 BOVES WEST COMMUNAL CEMETERY EXTENSION was made in August 1918 and after the Armistice, 32 graves were brought into it from Boves Military Cemetery. It now contains 91 Commonwealth burials of the First World War and the grave of one unidentified airman of the Second World War.