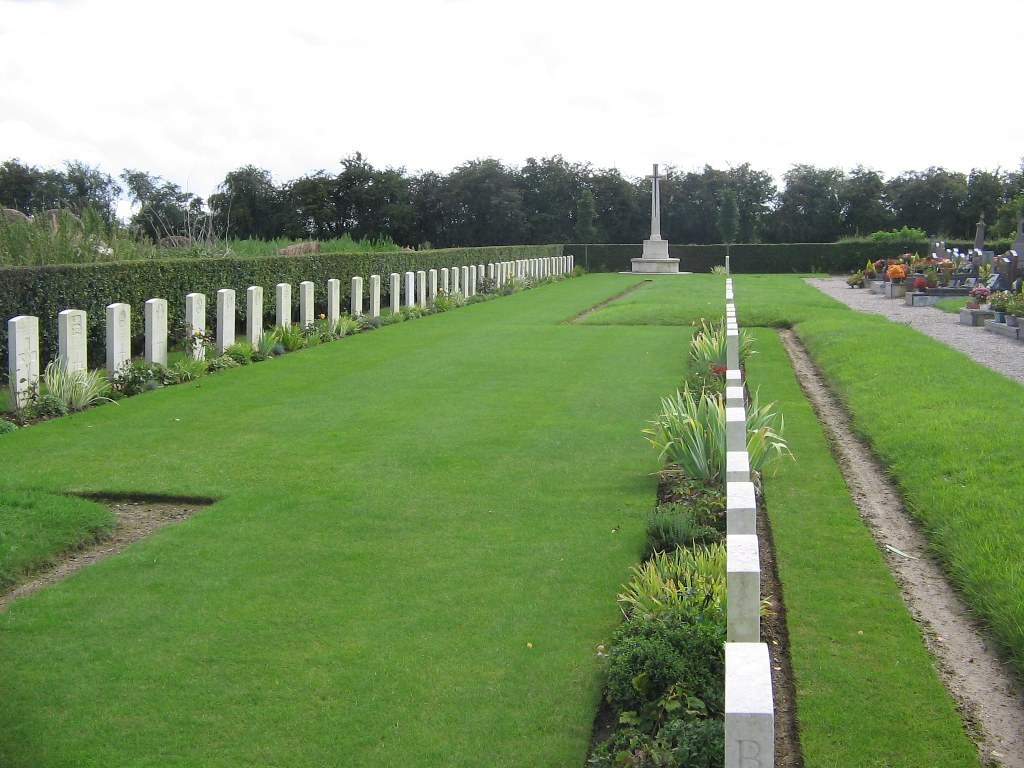 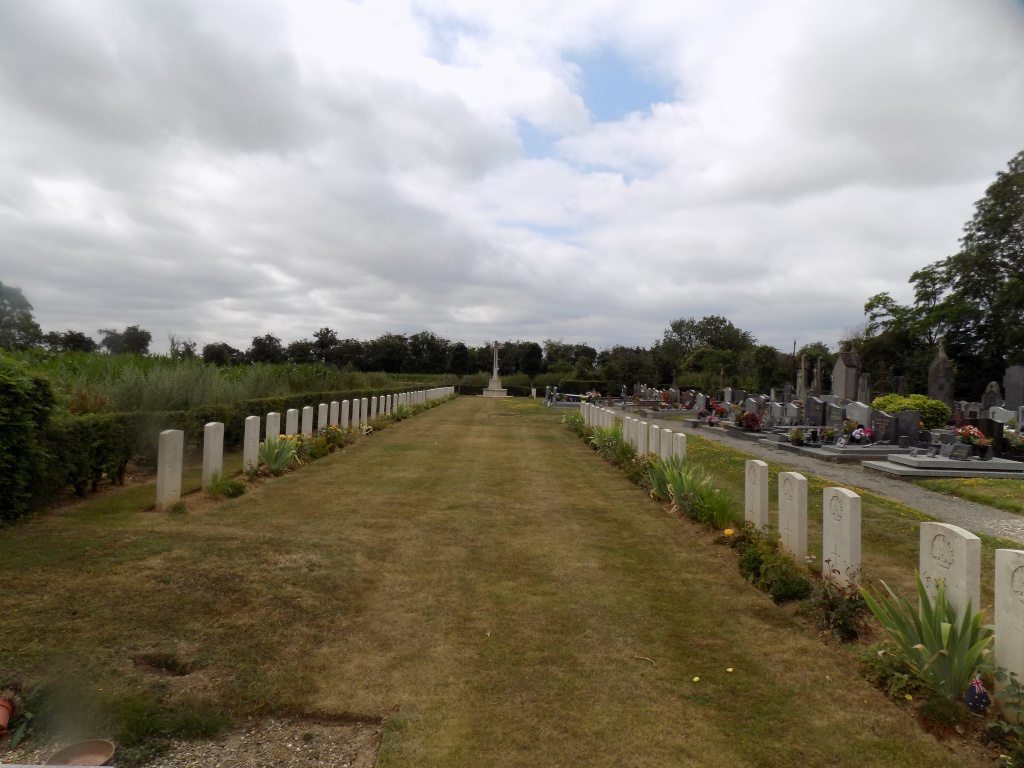 Allonville is a village in the Department of the Somme, 8 kilometres north-east of Amiens, on the D919 Amiens to Contay road. Take the D247 to the village of Allonville (1 kilometre), then the Rue de la Marie just out of the village.

The communal cemetery was used from August 1916 to February 1917 by the 39th Casualty Clearing Station then posted at Allonville, and from April to July 1918, by Australian fighting units. The cemetery contains 78 Commonwealth burials of the First World War. There is also one Second World War burial.