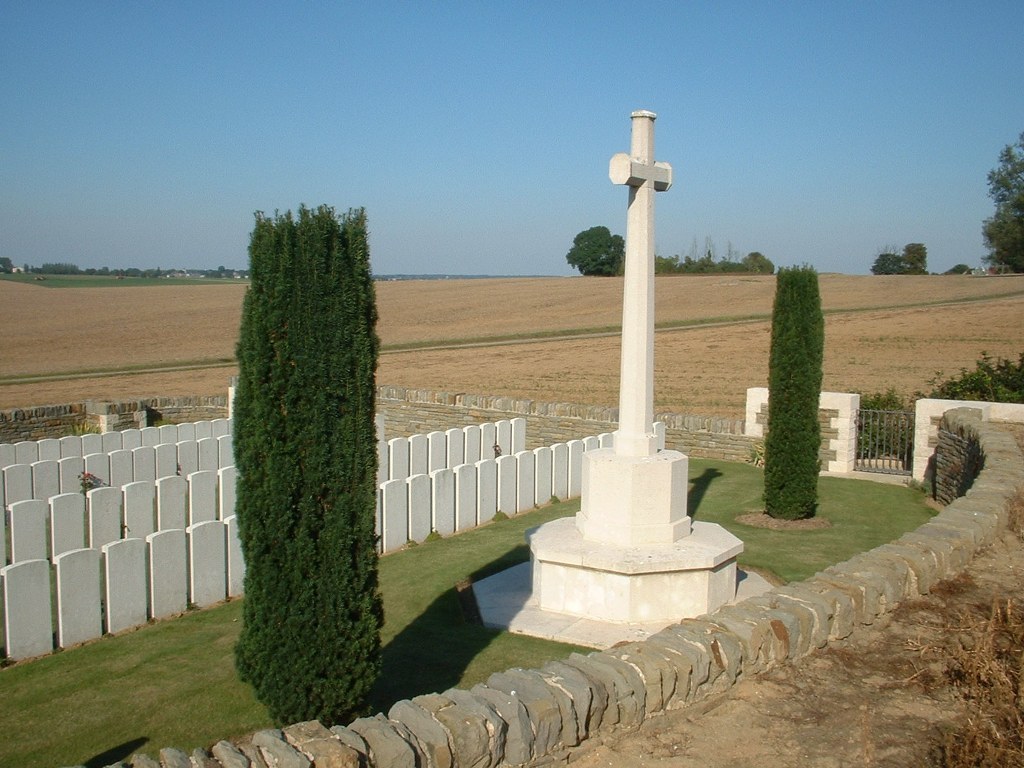 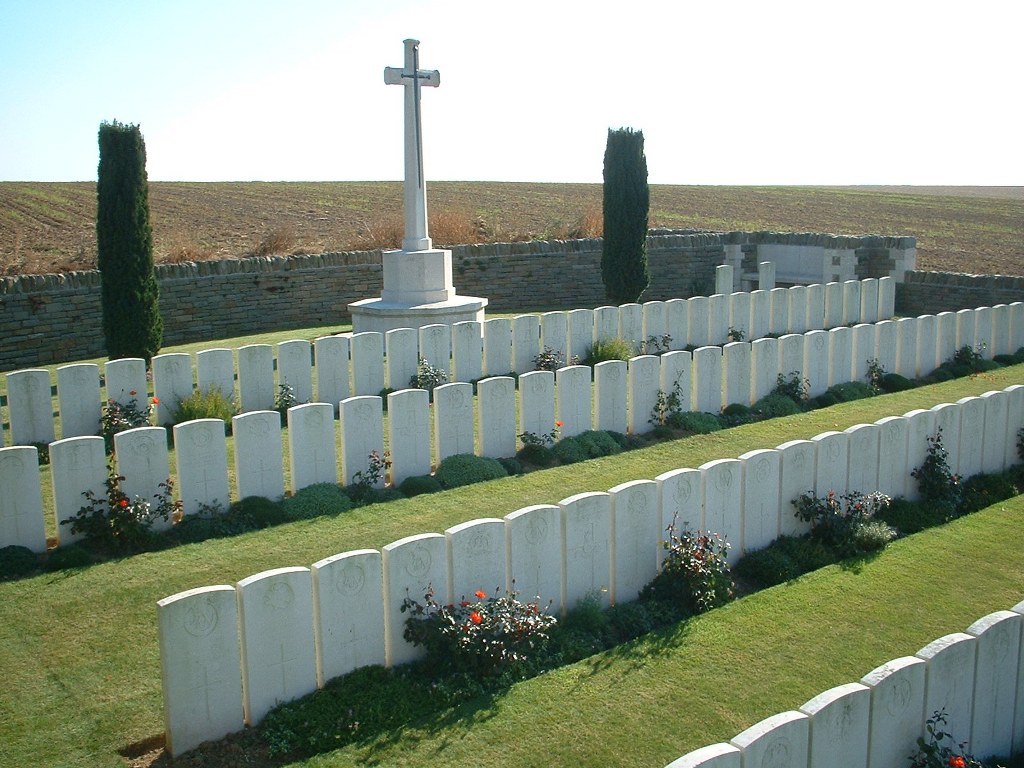 Le Catelet is a village in the north-western corner of the Department of the Aisne. It is midway between Cambrai and St. Quentin on the RN44. Guizancourt Farm Cemetery is situated 4 kilometres east of Le Catelet upon a hill in the middle of a large field. It is signposted on the N44 just as you enter Le Catelet from the north, and again on the D28 as you leave the hamlet of Gouy travelling in the direction of Beaurevoir.

Le Catelet and Gouy were captured by the 6th Royal Inniskilling Fusiliers and the 4th King's Royal Rifle Corps on 3 October 1918; and on the 5th, Guizancourt Farm (a building 3.2 kilometres North-East of Gouy, on the German Masnieres-Beaurevoir line) was secured by the 11th Sherwood Foresters and the 1st/8th Royal Warwicks (25th Division).

The cemetery was made shortly after the capture of the farm.

There are now nearly 150, 1914-18 war casualties commemorated in this cemetery. Of these, a small number are unidentified. All but one fell in the early part of October, 1918.

The cemetery (without the access path) covers an area of 398 square metres and is enclosed by a rubble wall.