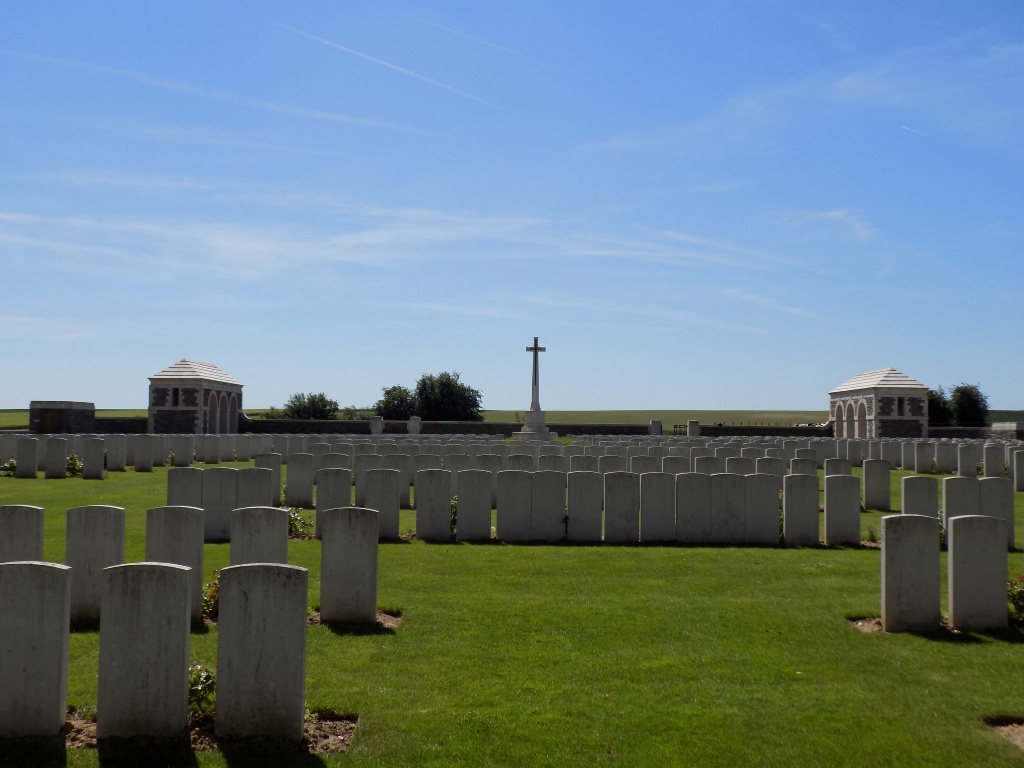 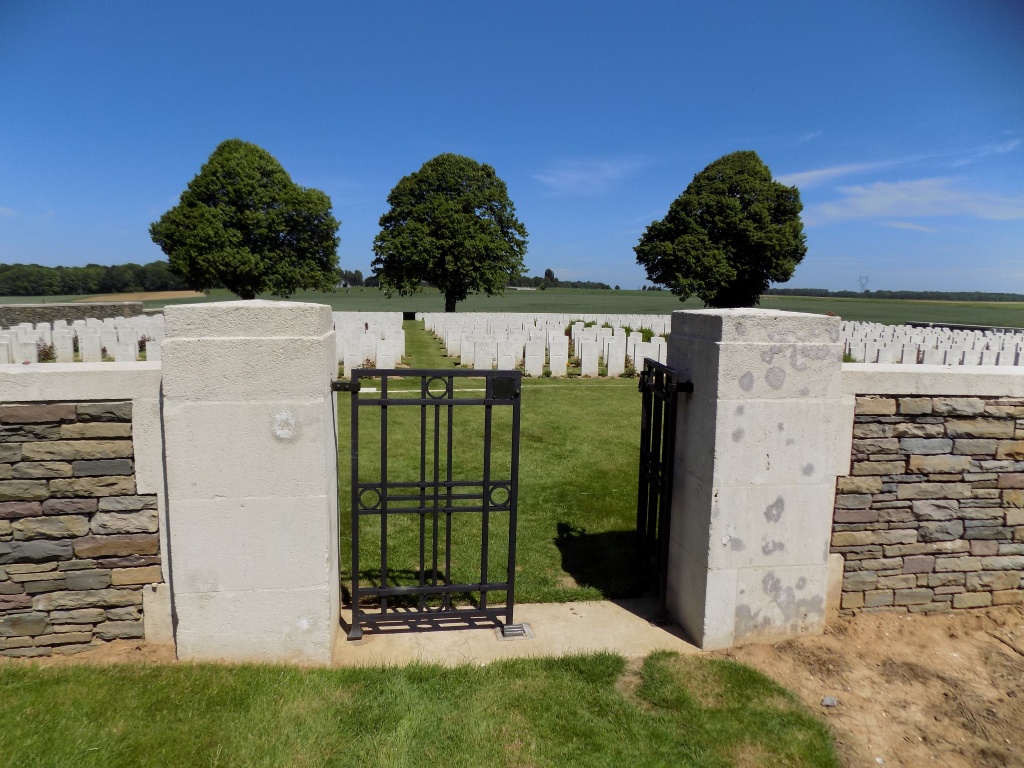 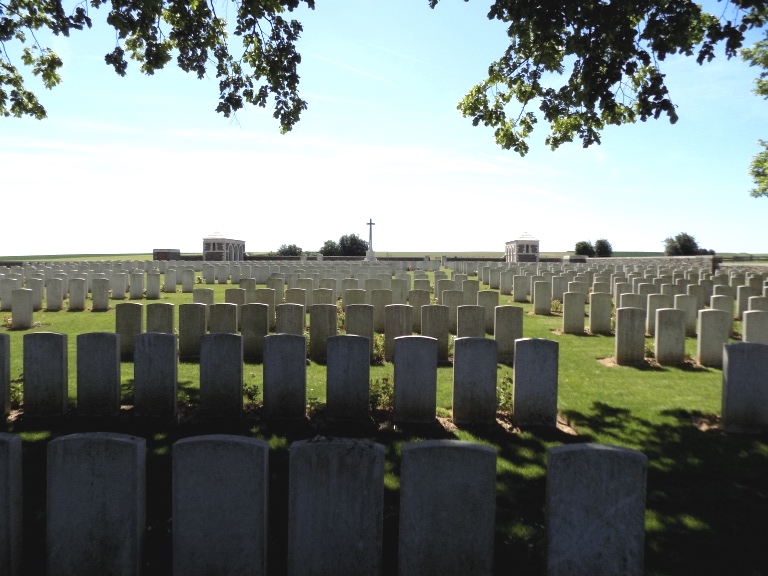 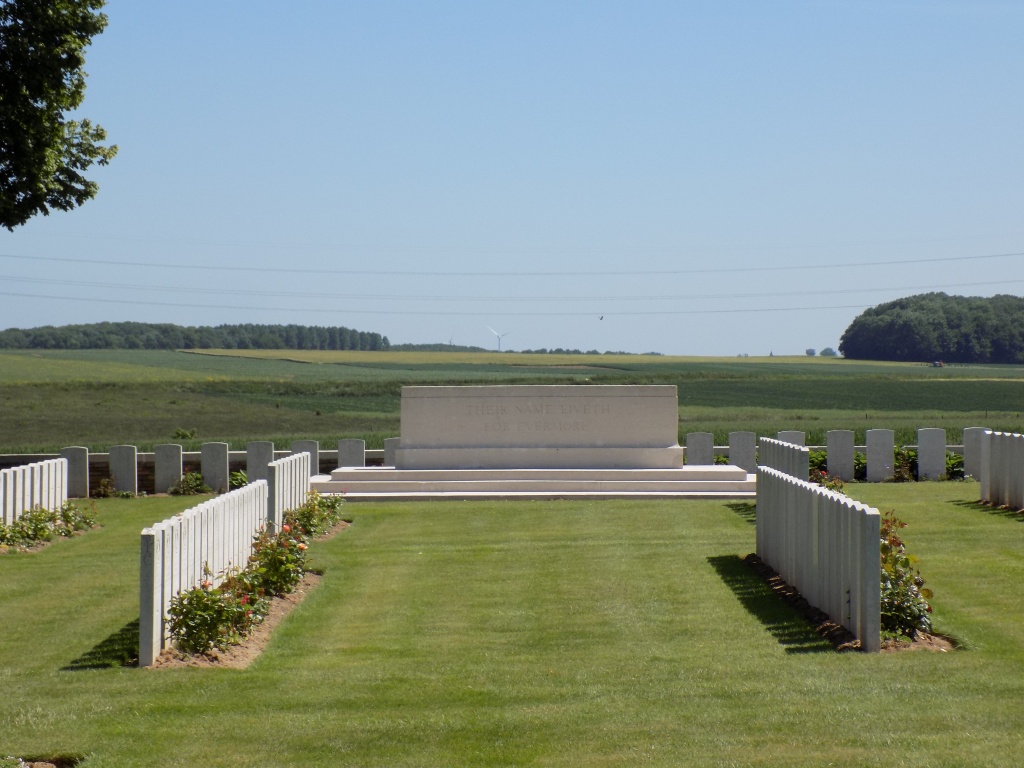 Hebuterne village remained in Allied hands from March 1915 to the Armistice, although during the German advances of the summer of 1918, it was practically on the front line. Gommecourt and Gommecourt Wood were attacked by the 56th (London) and 46th (North Midland) Divisions on 1 July 1916 with only temporary success, but the village was occupied by the 31st and 46th Divisions on the night of 27-28 February 1917, remaining in Allied hands until the Armistice. Gommecourt was later "adopted" by the County Borough of Wolverhampton.

Gommecourt British Cemeteries No.1, No.2, No.3 and No.4 were made in 1917 when the battlefields were cleared. No.2 originally contained 101 graves of 1 July 1916, almost all of the 56th Division, which form Plot I of the cemetery as it is today. After the Armistice, graves from the neighbouring battlefields were added, plus the following:-

GOMMECOURT BRITISH CEMETERY No.1 was 100 metres North-West of No.2. It contained the graves of 107 soldiers from the United Kingdom, mainly of the 56th Division, who fell on the 1st July, 1916.

GOMMECOURT BRITISH CEMETERY No.3 was at the South-West corner of the village. It contained the graves of 117 soldiers from the United Kingdom, mainly of the 56th Division, who fell on the 1st July, and the 12th November, 1916.

GOMMECOURT BRITISH CEMETERY No.4 was 50 metres South of No.1. It contained the graves of 70 soldiers from the United Kingdom, largely of the 56th Division, who fell on the 1st July and the 12th November, 1916, and at the end of February, 1917.

Gommecourt British Cemetery No.2 now contains 1,357 First World War burials and commemorations. 682 of the burials are unidentified but there are special memorials to 33 casualties known or believed to be buried among them.