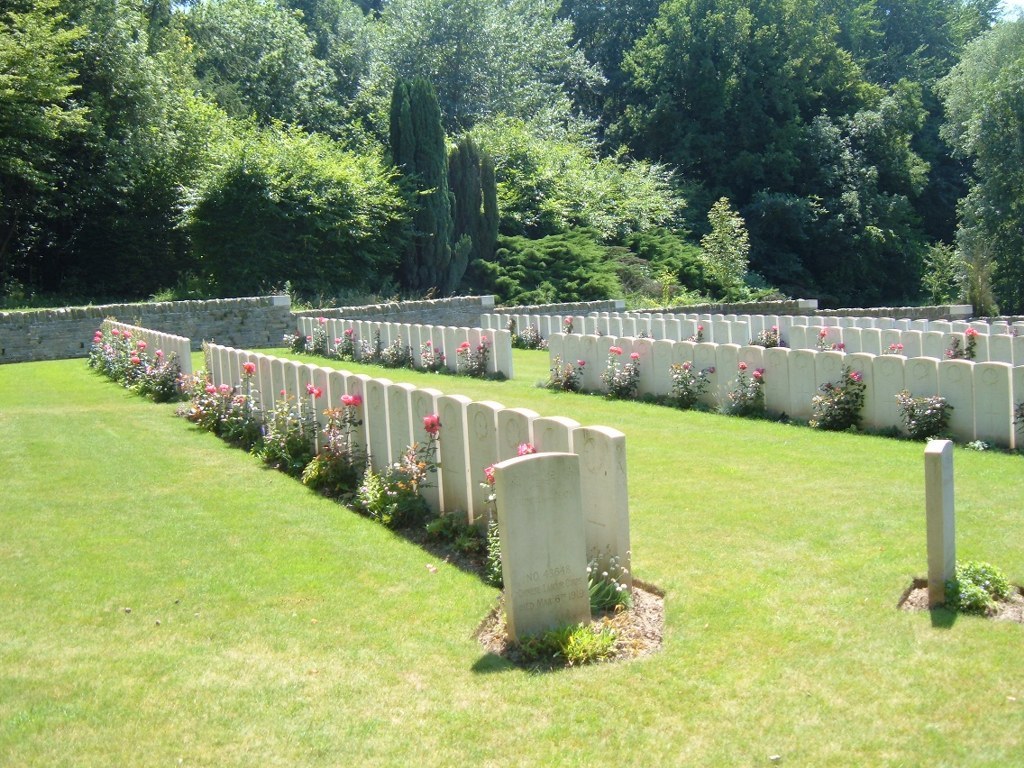 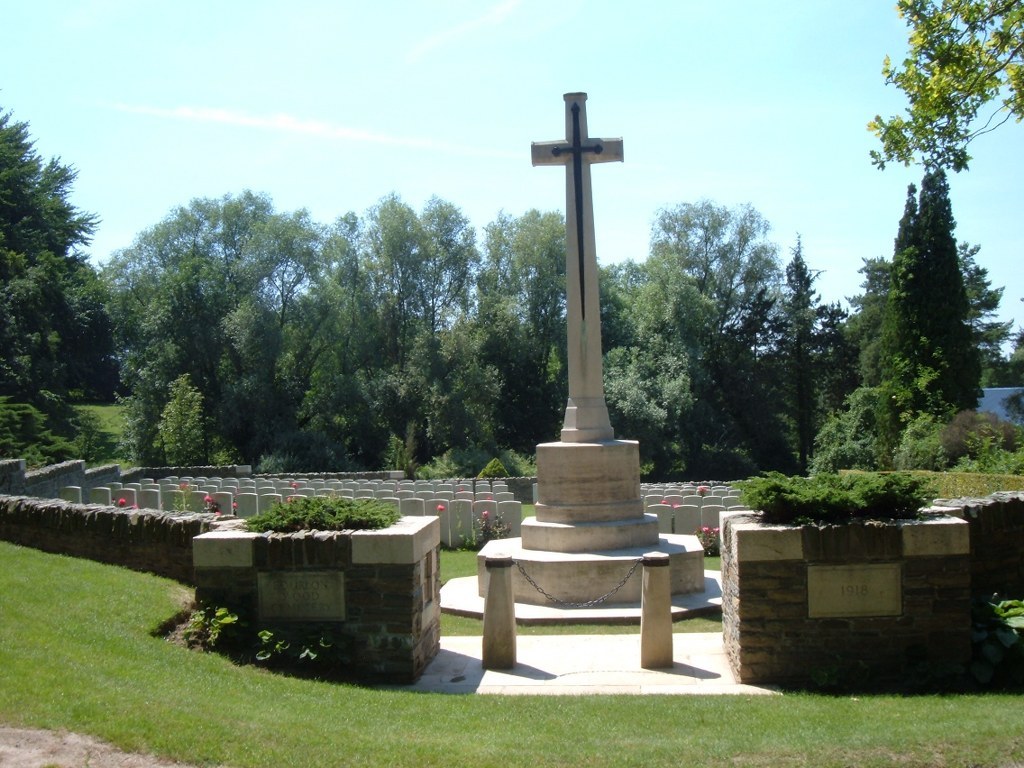 Bourlon is a village approximately 6 kilometres west of Cambrai. It lies between the main Cambrai to Bapaume road (N30) and the Cambrai to Arras road (D939). From Arras the preferred route is to take the D939, direction Cambrai. Take the right turn into the village of Bourlon after the black and white Canadian signs with a maple leaf. Follow the D16e1 or "Route de la Gare" into the village and then follow the Commission's green and white cemetery direction signs for Bourlon Wood Cemetery. These will lead you along Rue de l'Abbaye and Rue des Mouches to the bottom end of a track that leads directly to the Cemetery. Vehicular access to the cemetery is limited and it is recommended that visitors park at the bottom end of Rue des Mouches and walk up the track to the Cemetery. It is also possible to access Bourlon Wood Cemetery from the top of the track which starts at the Bourlon Wood Memorial. The Memorial is signposted from the centre of the village by the traditional Canadian black and white signs with a maple leaf. On approaching the Memorial the road can be followed to the left where a track descends about 200 metres to the cemetery. However, as this track is unsurfaced, unsuitable for road vehicles and difficult to use during wet periods it is recommended that visitors wishing to visit Bourlon Wood Cemetery take the preferred route detailed above.

On its South-East side, stretching nearly to Fontaine-Notre Dame, is Bourlon Wood, and the village and the wood were the scene of desperate fighting in the Battle of Cambrai 1917; the 40th Division, which with the Guards and the 62nd Division bore the brunt of this fighting, has placed a memorial altar in Bourlon Church. At the end of the Battle the British troops were withdrawn from Bourlon, and the wood and the village were ultimately retaken by the 3rd Canadian and 4th Canadian Divisions on the 27th September 1918. The village was later "adopted" by the Borough of Hove. Bourlon Wood Cemetery was made by the Canadian Corps Burial Officer in October 1918. Three Chinese labourers were buried in it in 1919, and later five graves from the battlefields were brought into Plot II, Row F. There are now nearly 250, 1914-18 war casualties commemorated in this site. Of these, over ten are unidentified. The cemetery covers an area of 874 square metres and is enclosed by a rubble wall on three sides. 274 metres South-West of the cemetery is a Battlefield Memorial erected by the Canadian Government to recall the forcing of the Canal du Nord by the Canadian Corps on the 27th September 1918 and the subsequent advance to Mons and the Rhine.