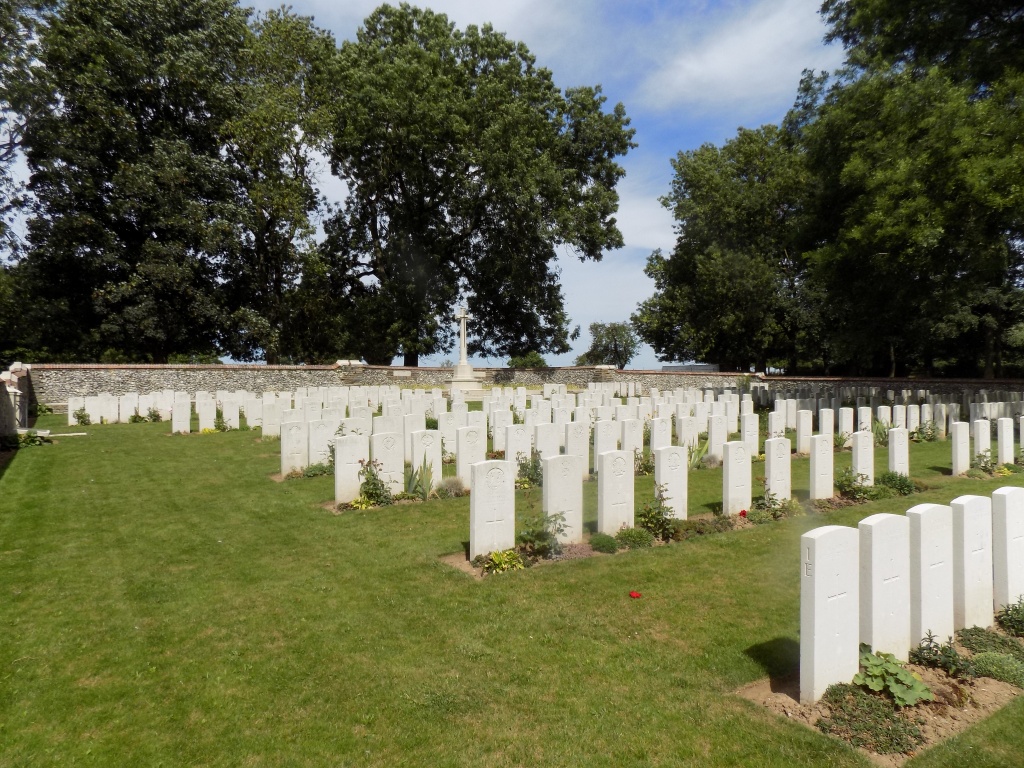 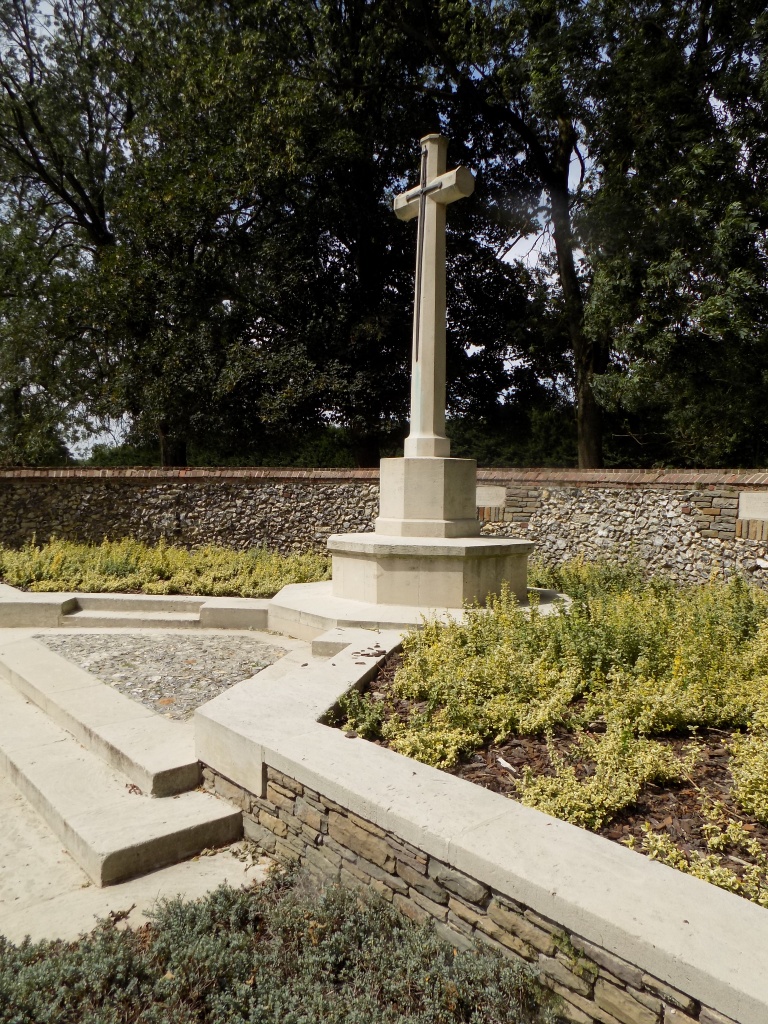 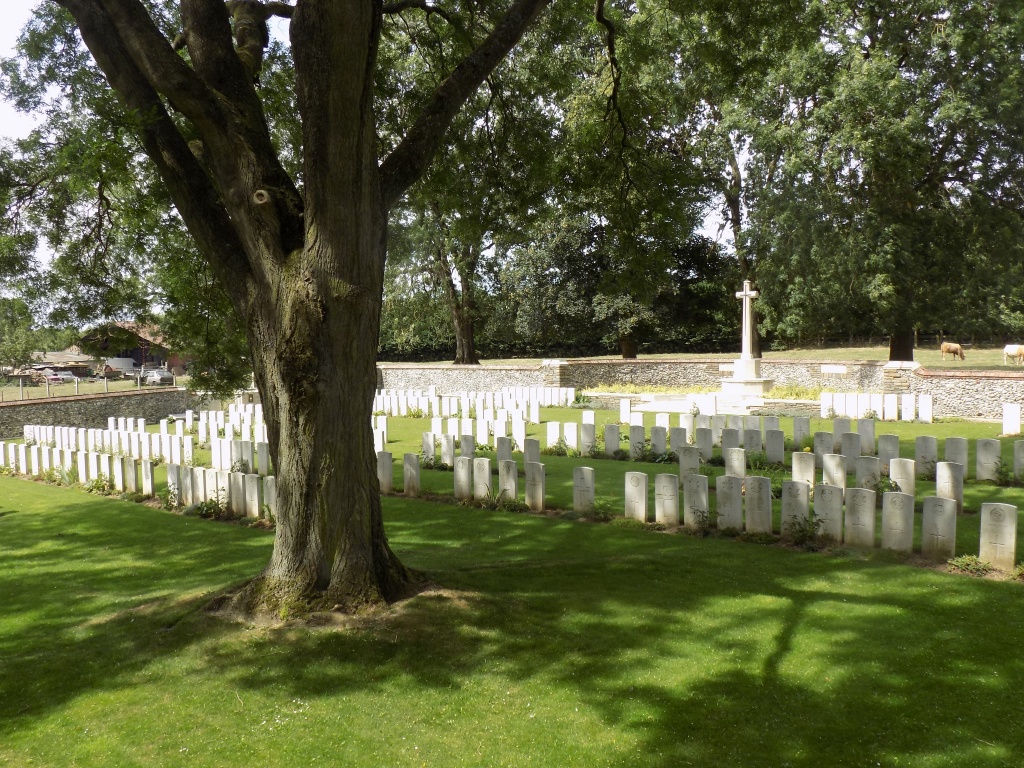 Contalmaison is a village about 6 kilometres north-east of the town of Albert and south of the main road from Albert to Bapaume. The Cemetery is on the northern side of the village.

The village was reached on the 1st July, 1916, by small parties of the 34th Division. It was stormed by the 23rd Division on the 7th July, and some men of the Northumberland Fusiliers taken four days earlier were released; but it was lost the same afternoon. It was not finally captured until the 8th and 9th Yorkshire Regiment cleared it on the 10th. However, it was lost again in March, 1918, and recaptured by the 38th (Welsh) Division on the evening of the following 24th August. The underground fortifications made by the enemy before 1916 played an important part in the defence of the village. The cemetery was begun by fighting units on the evening of the 14th July, 1916, and used from September, 1916 to March, 1917 by Field Ambulances. A few burials were made in Plot I, Rows B and C, in August and September, 1918. Graves were added after the Armistice by concentrations from the battlefields of the Somme and the Ancre. 18 German graves and one French were removed to other burial grounds. There are now nearly 300, 1914-18 war casualties commemorated in this site. Of these, over 40 are unidentified and a special memorial is erected to one soldier from Australia known to be buried among them. The cemetery covers an area of 1,349 square metres and is enclosed by a flint and rubble wall.