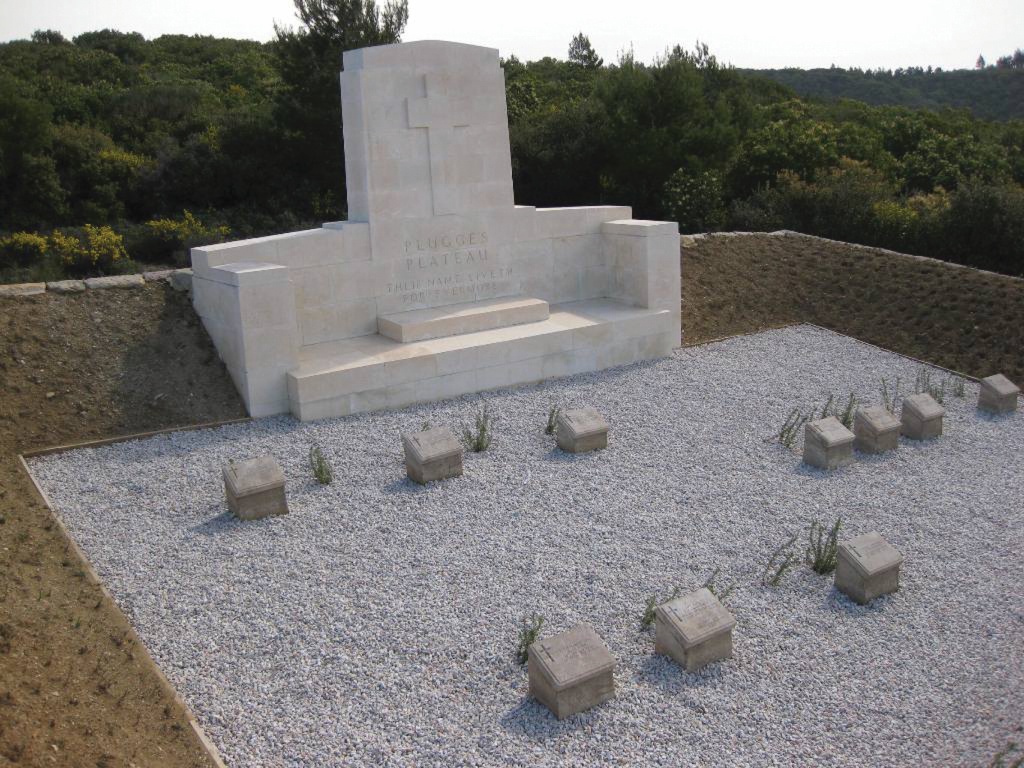 The Anzac and Suvla cemeteries are first signposted from the left hand junction of the Eceabat-Bigali road. From this junction you should travel into the main Anzac area. Plugge's Plateau Cemetery can only be reached after travelling a distance of 10.1 km's and following the signs to Shrapnel Valley Cemetery. An inclined path from the rear of this cemetery will take you to Plugge's Plateau. The cemetery is on the north-west corner of the plateau.

The pathway leading to the cemetery is approximately 750 metres from the main road, up a very steep track. The location/design of this site, makes wheelchair access impossible.

The eight month campaign in Gallipoli was fought by Commonwealth and French forces in an attempt to force Turkey out of the war, to relieve the deadlock of the Western Front in France and Belgium, and to open a supply route to Russia through the Dardanelles and the Black Sea. The Allies landed on the peninsula on 25-26 April 1915; the 29th Division at Cape Helles in the south and the Australian and New Zealand Corps north of Gaba Tepe on the west coast, an area soon known as Anzac. Plugge's Plateau was captured by the 3rd Australian Infantry Brigade on 25 April and named later from the commander of Auckland Battalion, Colonel A Plugge, CMG, whose headquarters were there. It became a battery position, a reservoir, and a position on the 'Inner Line' of defences. The Anzac Headquarters were on its western slopes. The cemetery contains 21 First World War burials, four of them unidentified.