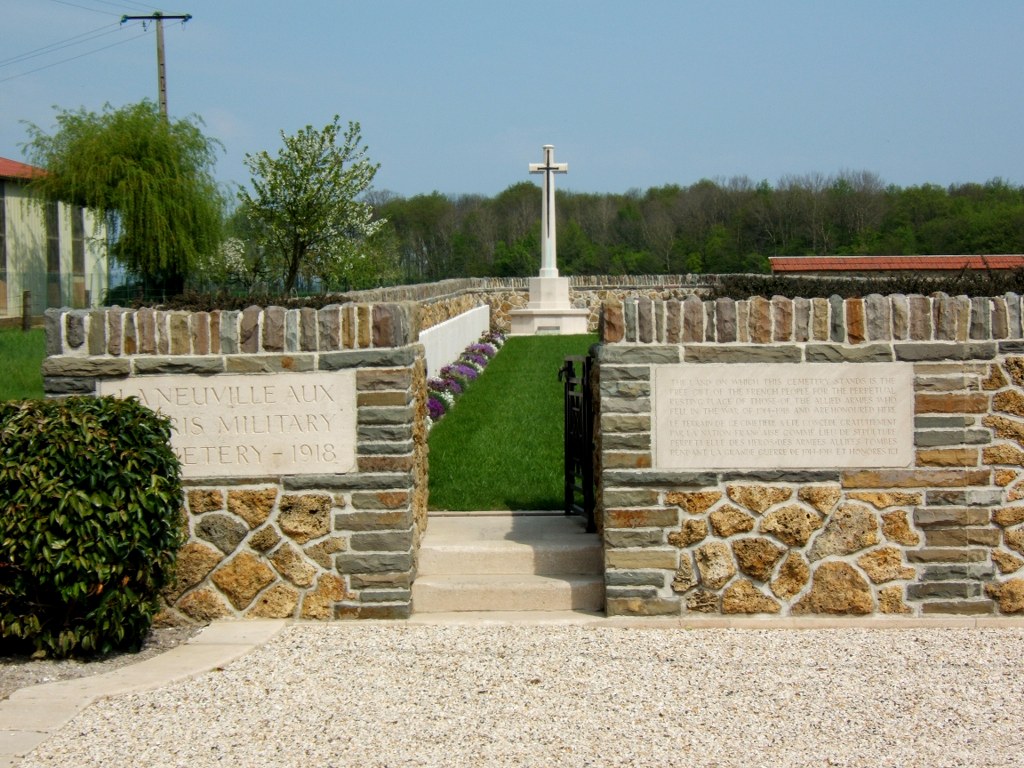 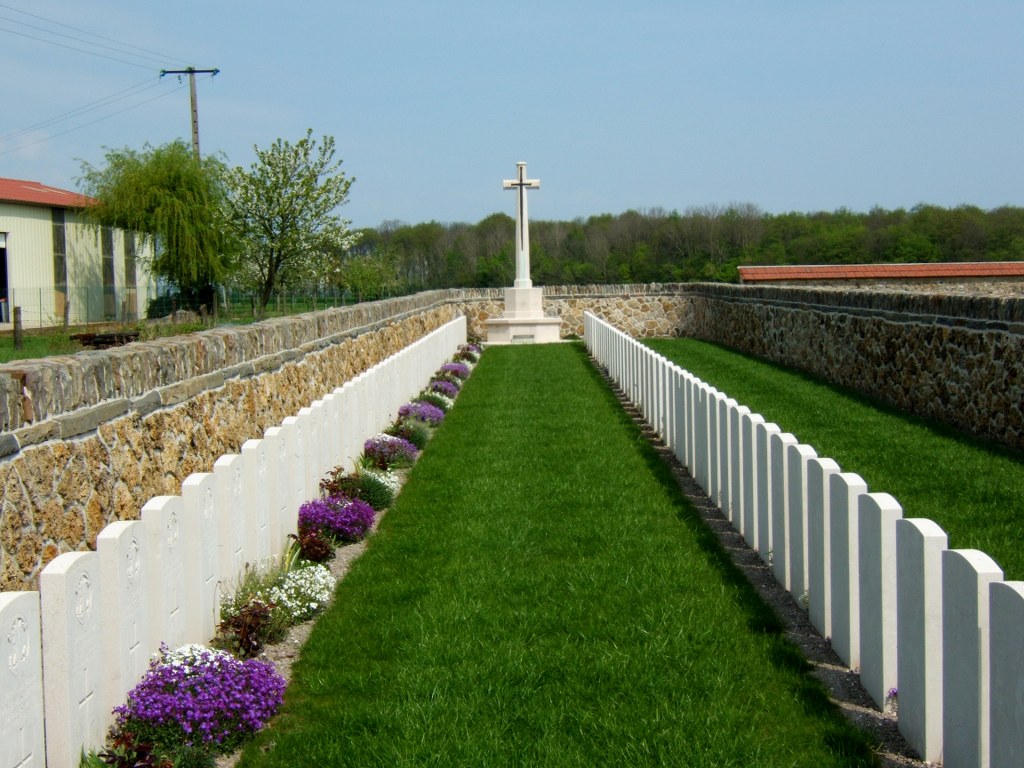 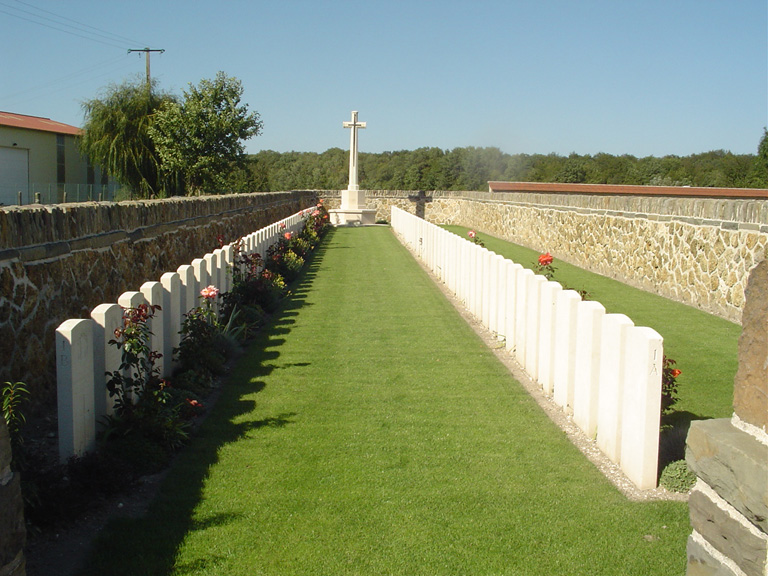 The cemetery was begun by French African troops in June 1918, and closed in the middle of July; the British graves, and other French and German, were brought in after the Armistice; but the 137 French and 42 German graves were removed later. There are now nearly 100, 1914-18 war casualties commemorated in this site. Of these, one-third are unidentified. The cemetery covers an area of 303 square metres and it is enclosed by a low stone rubble wall.