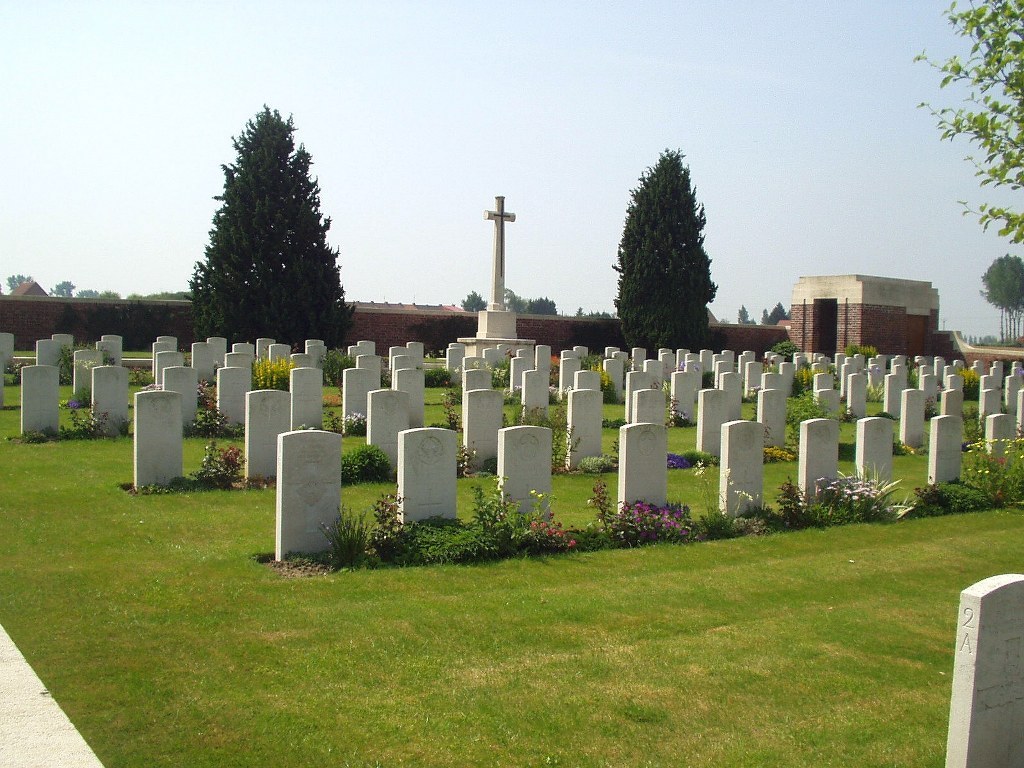 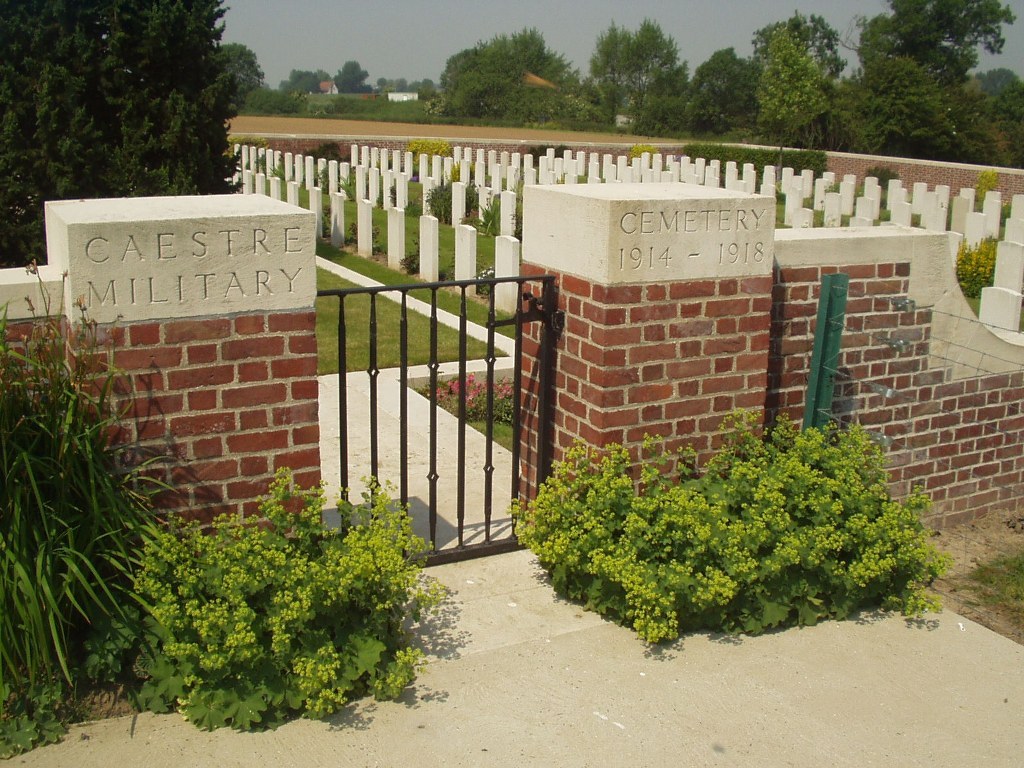 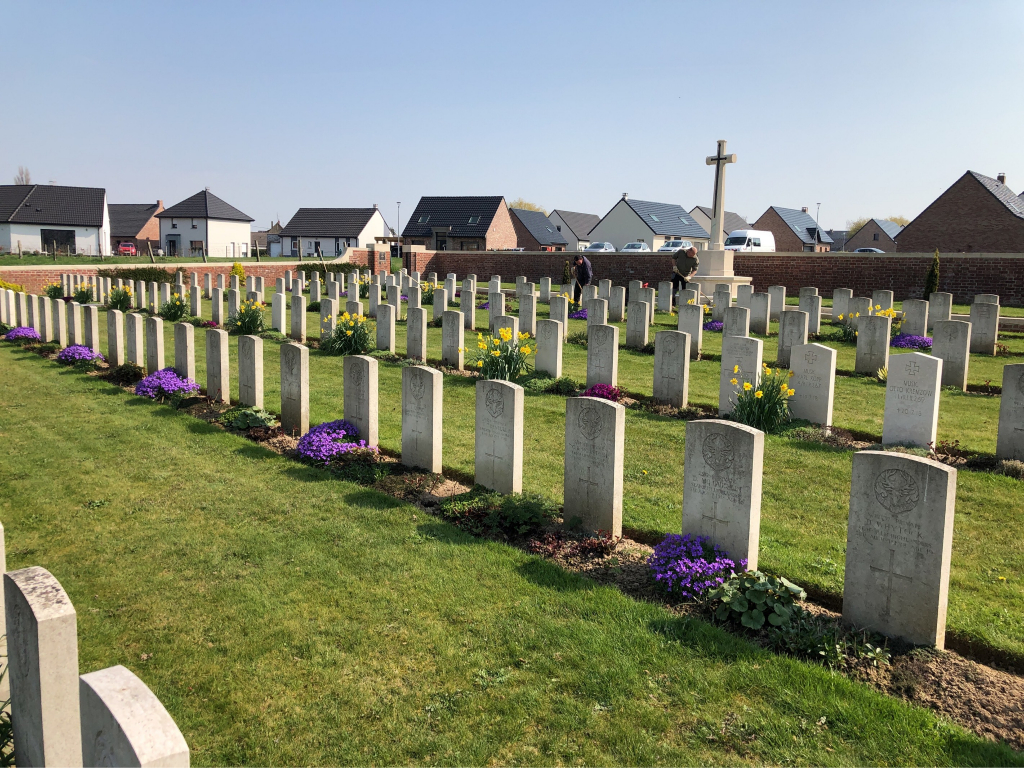 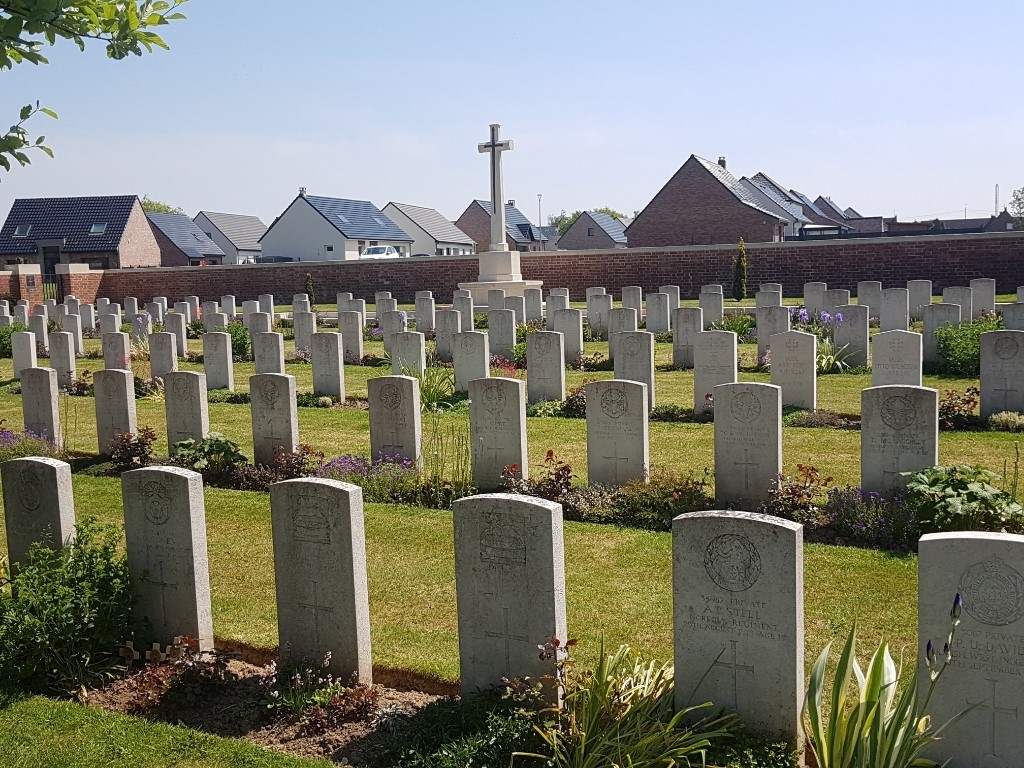 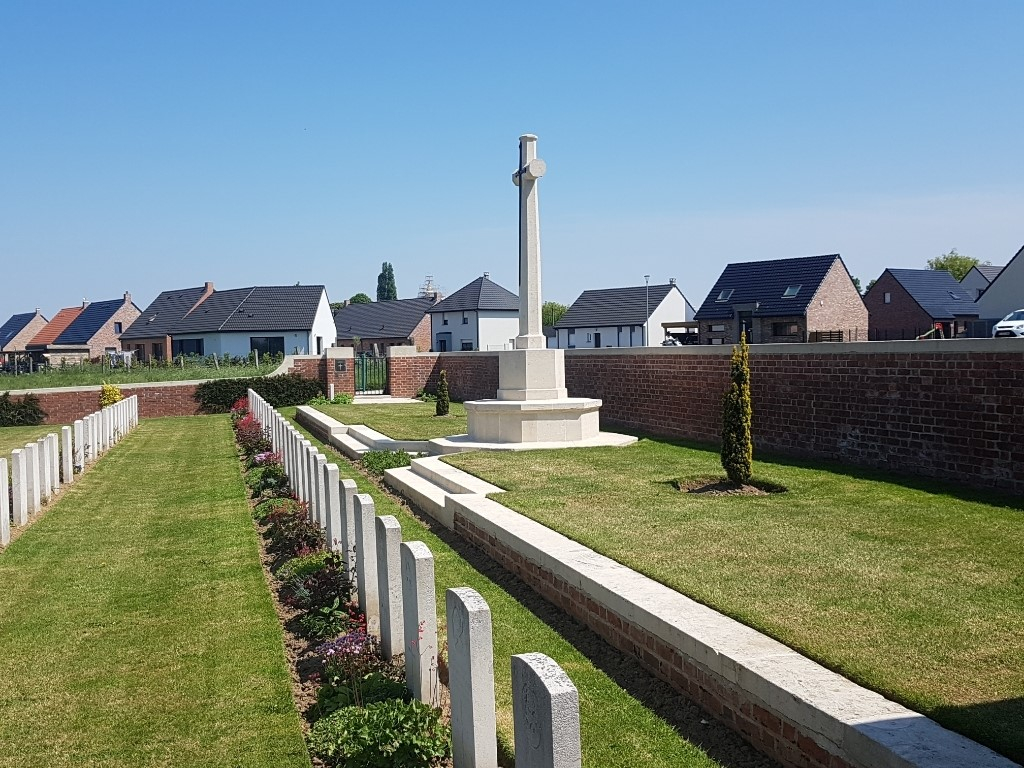 Caestre is a small village in the Department of the Nord, on the main road midway between the towns of Cassel and Bailleul, and about 10 kilometres from either place. The Military Cemetery is situated in the Rue Yves Baron, a side street of the D161.

The cemetery is accessible for wheelchair users. There are parking facilities for 3 cars

Caestre Military Cemetery was opened in mid April 1918 by the Australian Corps and troops of the 9th (Scottish) Division. It was used until September 1918 for the burials of casualties sustained during the German offensive. The cemetery now contains 190 Commonwealth burials of the First World War and five German war graves. The cemetery was designed by W H Cowlishaw.