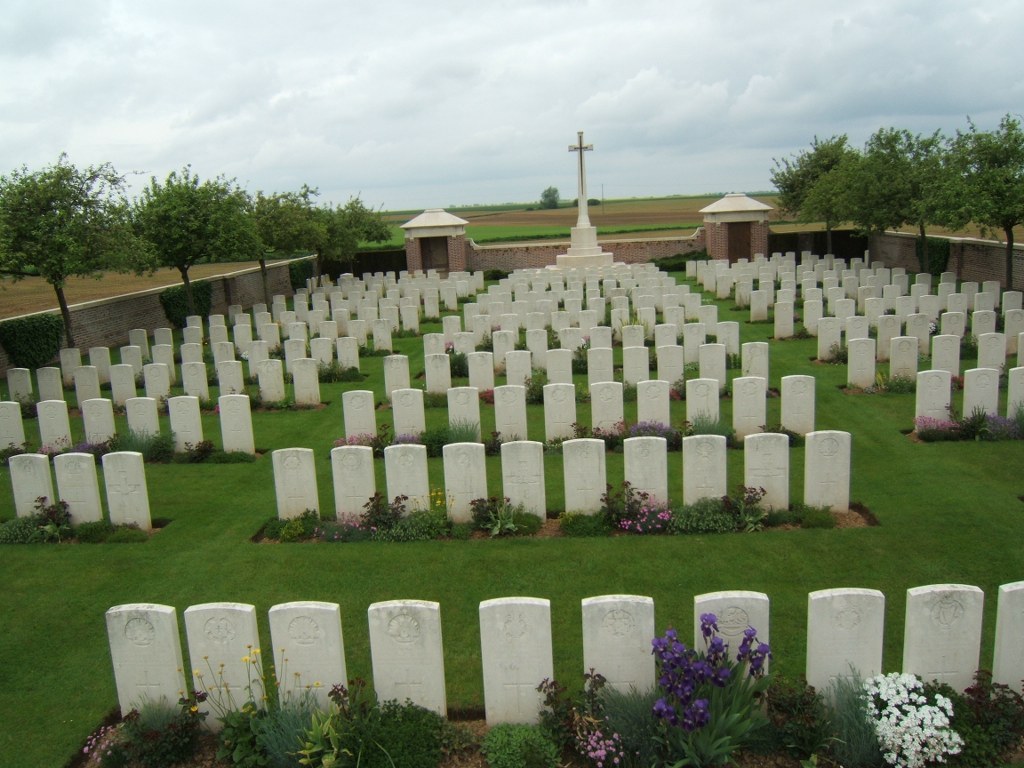 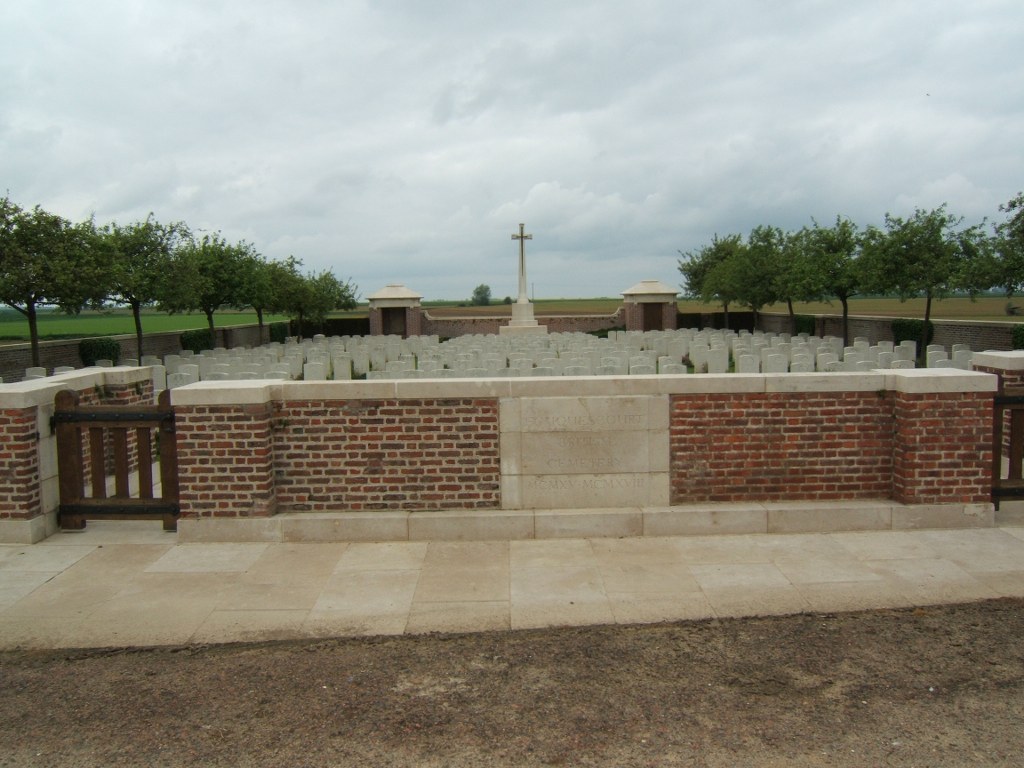 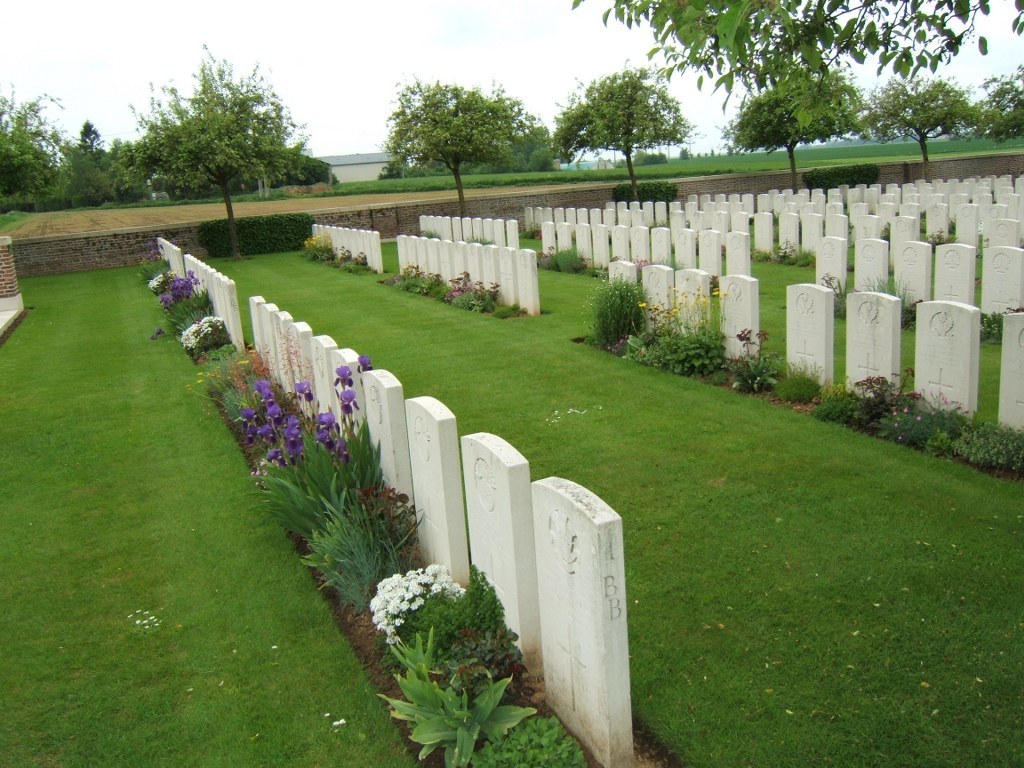 Fouquescourt is a village 35 kilometres east of Amiens and 8 kilometres due north of Roye. The British Cemetery is a little north of the village on the east side of the road to Maucourt.