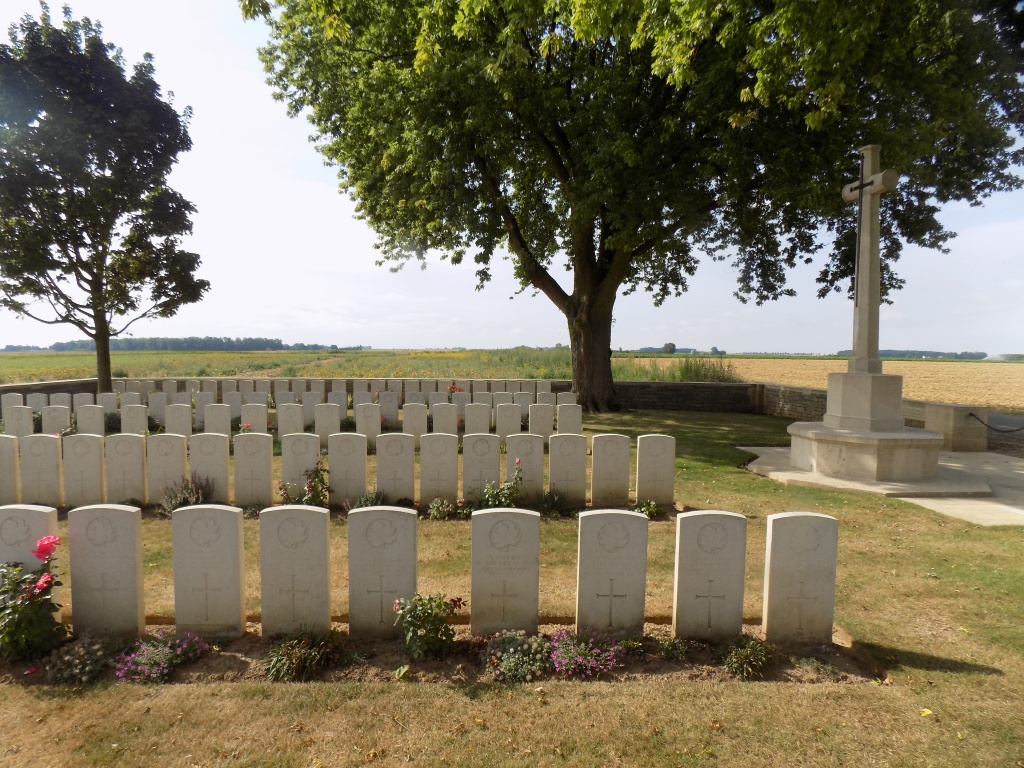 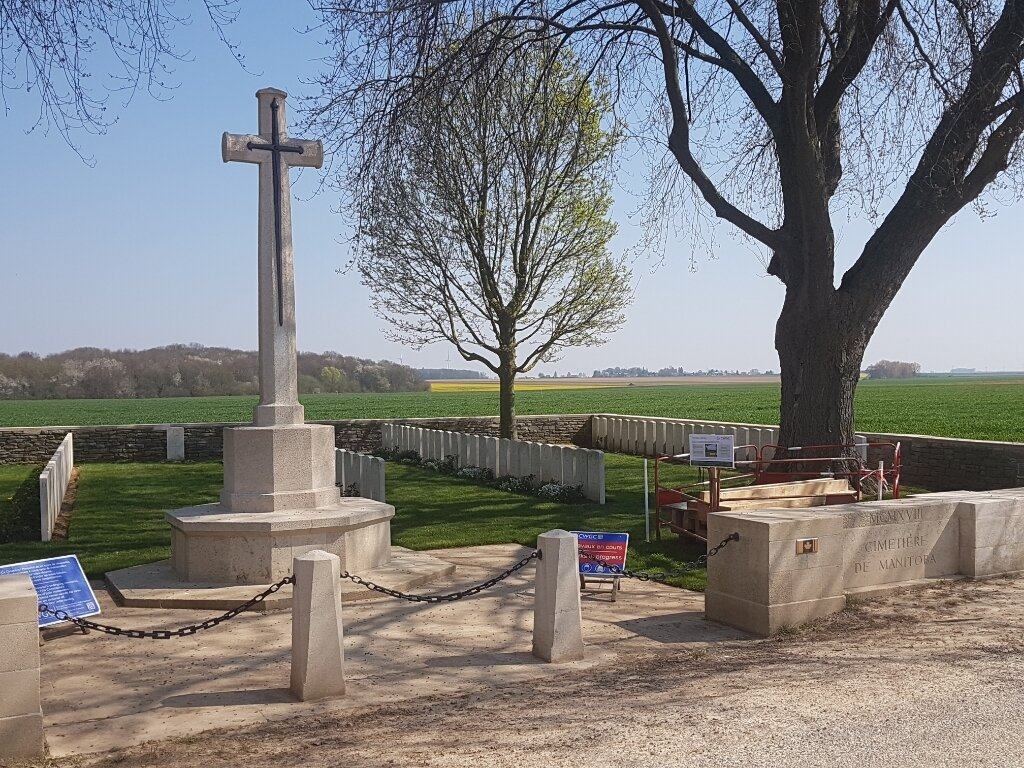 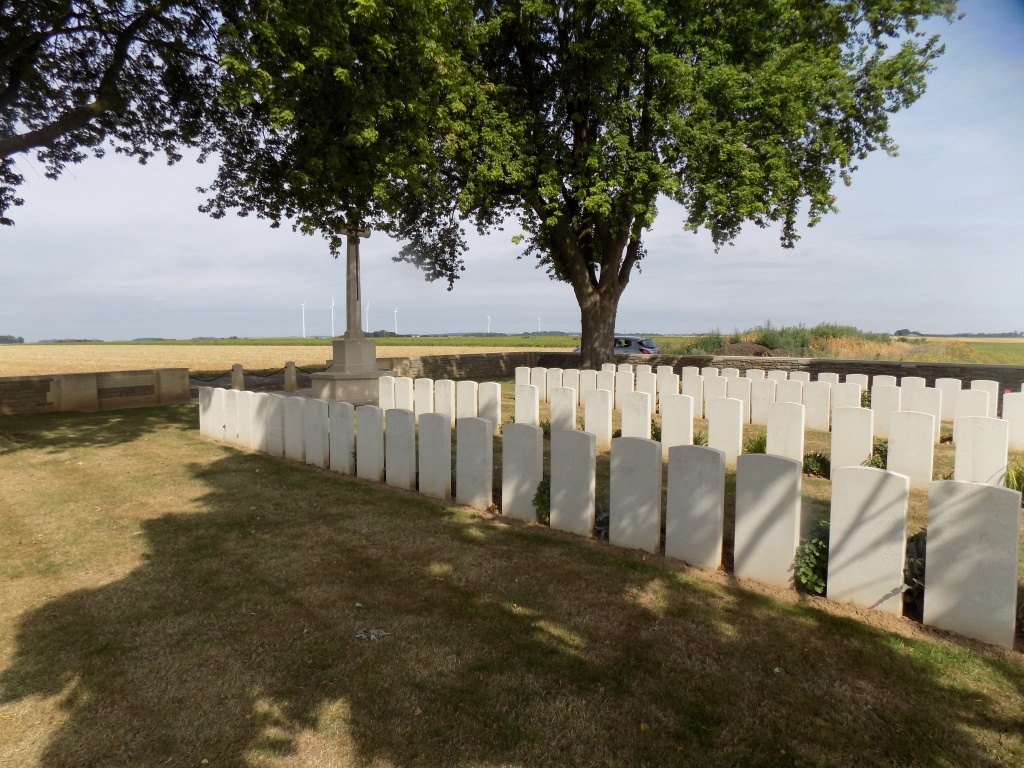 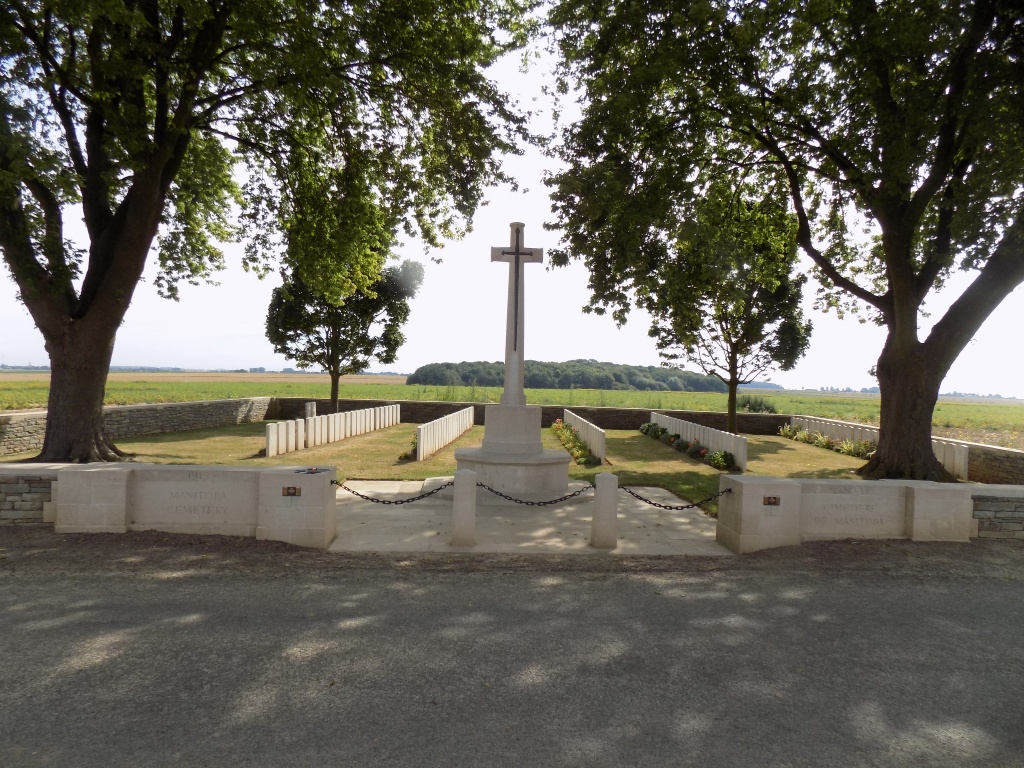 Caix is a village 24 kilometres east of Amiens, between the road to St Quentin and Roye. Manitoba Cemetery is situated between the village of Caix and Beaufort.

The village of Caix was captured by the Canadian Corps (1st Cavalry Division) on 8 August 1918. Manitoba Cemetery, so named because it contains a great number of graves of the 8th Canadian Battalion, raised at Winnipeg, was made by the 1st Canadian Division Burial Officer after the capture of the village. The cemetery contains 120 burials and commemorations of the First World War. Seven of the burials are unidentified but a special memorial commemorates one casualty believed to be buried among the them.