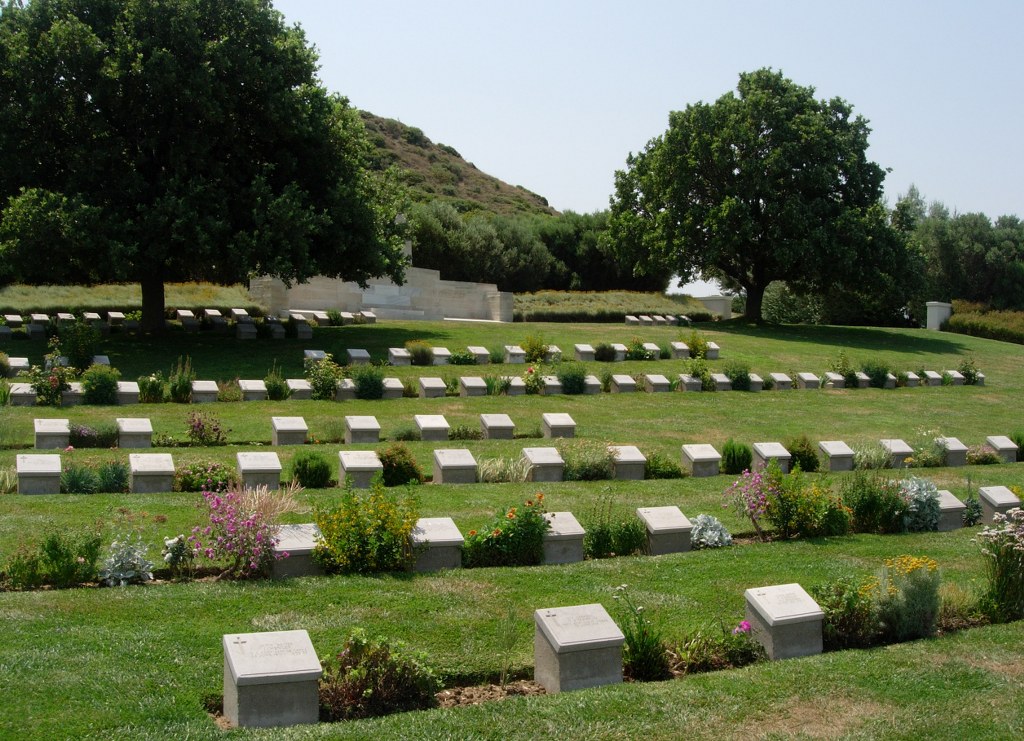 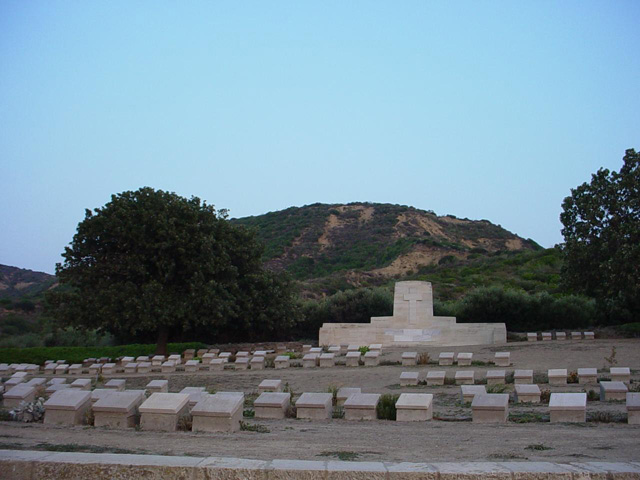 The Anzac and Suvla cemeteries are first signposted from the left hand junction of the Eceabat - Bigali road. From this junction you should travel into the main Anzac area. At 10.7 kms. you will find the cemetery on the left hand side of the coastal road. Ari Burnu Cemetery lies between the beach and the cliff under Plugge's Plateau, about 1000 metres north-north-west of Lone Pine.

The eight month campaign in Gallipoli was fought by Commonwealth and French forces in an attempt to force Turkey out of the war, to relieve the deadlock of the Western Front in France and Belgium, and to open a supply route to Russia through the Dardanelles and the Black Sea. The Allies landed on the peninsula on 25-26 April 1915; the 29th Division at Cape Helles in the south and the Australian and New Zealand Corps north of Gaba Tepe on the west coast, an area soon known as Anzac. Ari Burnu Cemetery, named from the Cape at the North end of Anzac Cove, was made in 1915. In 1926 and 1927, graves were brought into it from the following two cemeteries:- KILID BAHR ANGLO-FRENCH CEMETERY, which was on the Eastern side of the Peninsula. It contained the graves of five soldiers and one sailor from the United Kingdom, four soldiers from Australia, and four (including one unidentified) from India. Six of these men died in 1915 and were buried originally in the Greek cemeteries at Bigha and Maidos or on the field; the others died in November 1918. GALLIPOLI CONSULAR CEMETERY, which is near the North end of the Peninsula. This contained (among Crimean and other British graves) three soldiers from the United Kingdom who died in 1919. There are now 252 Commonwealth servicemen of the First World War buried or commemorated in this cemetery. 42 of the burials are unidentified but special memorials commemorate five casualties believed to be buried among them. Other memorials record the names of three Indian soldiers who were buried at Kilid Bahr.