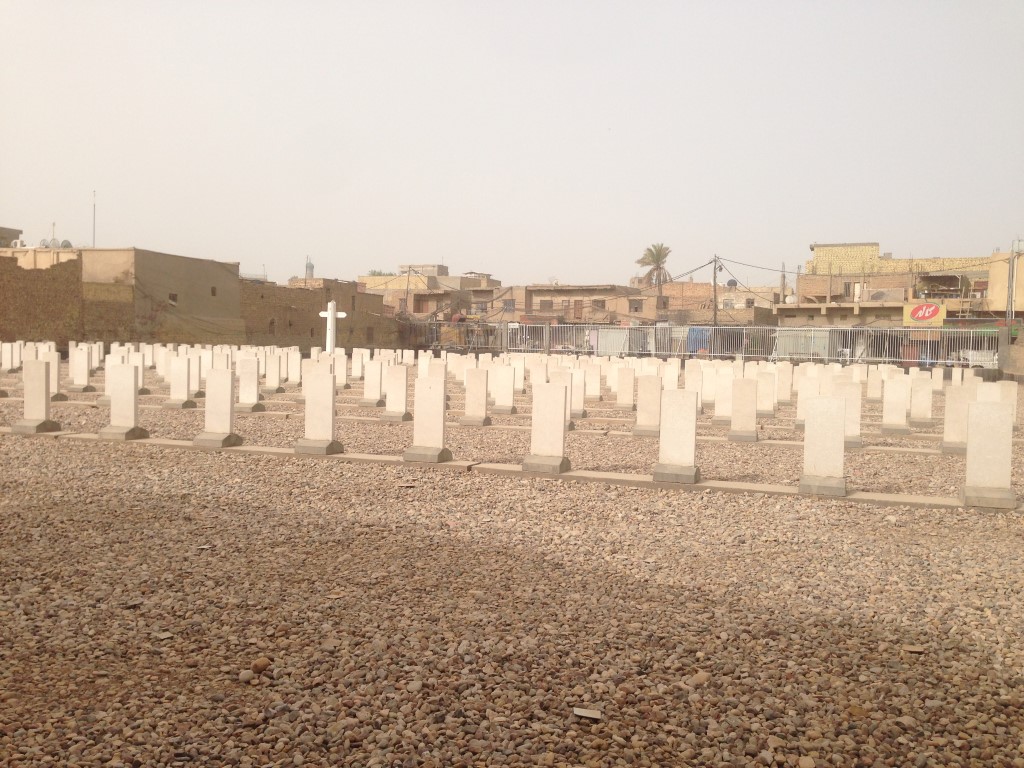 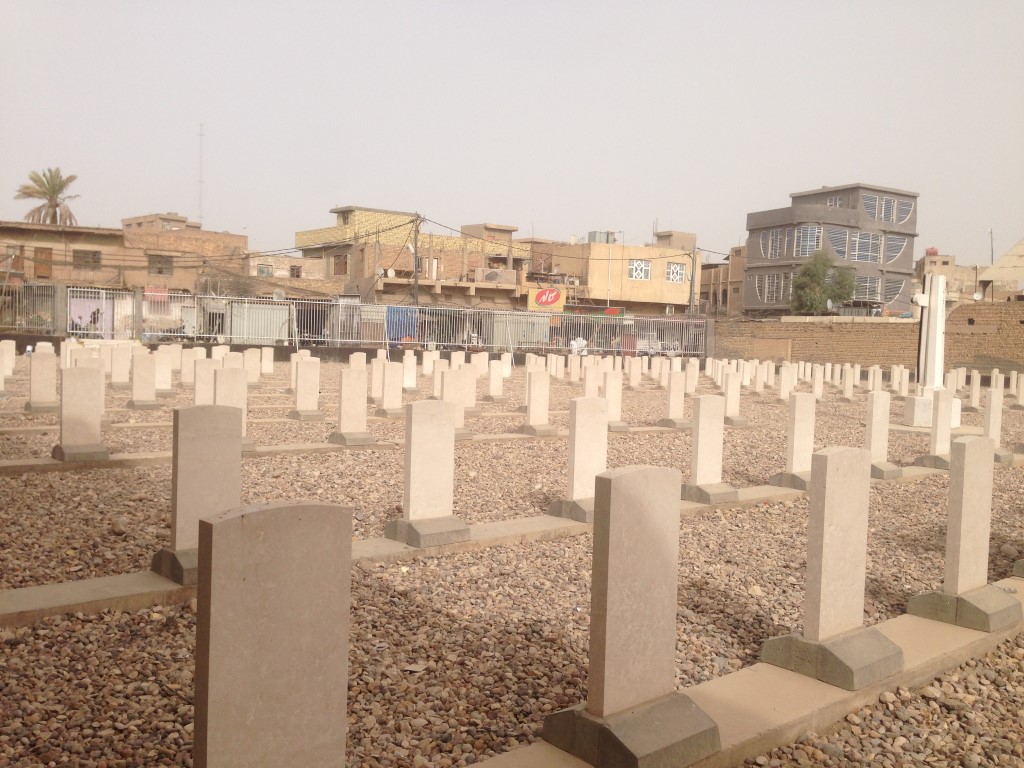 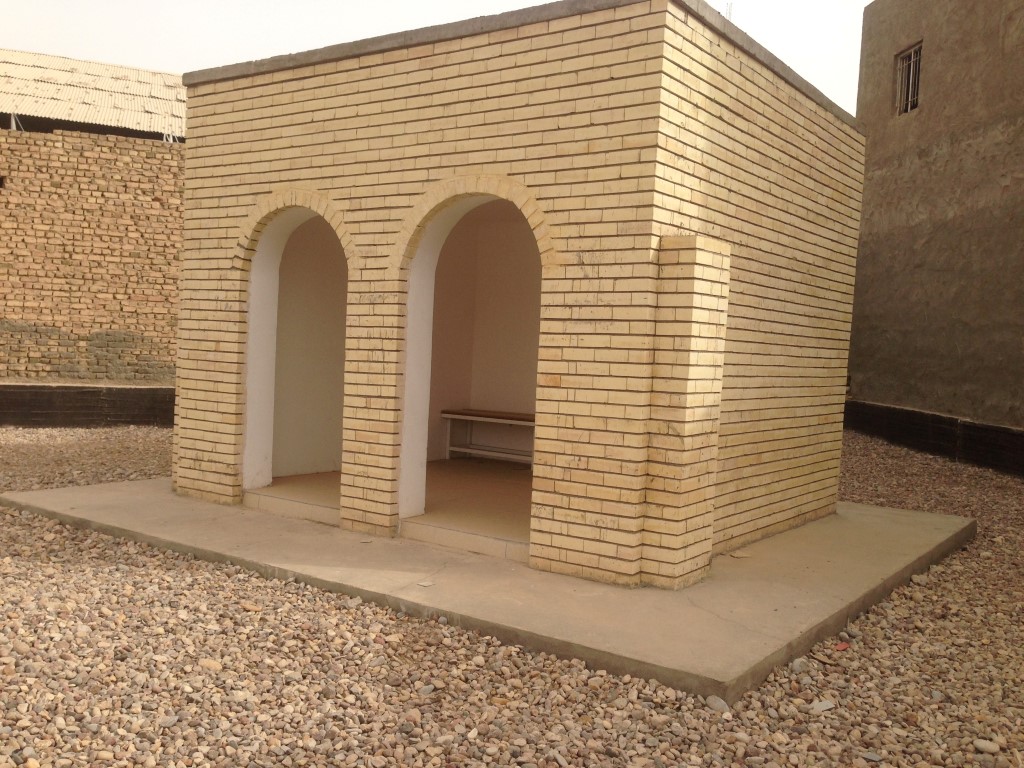 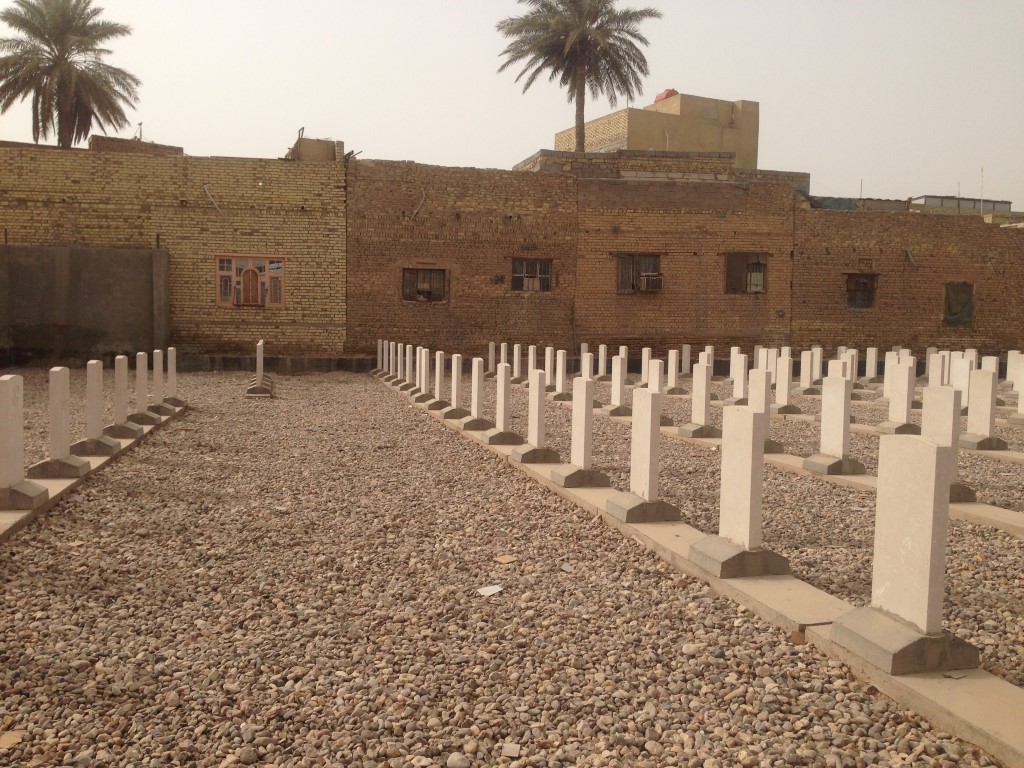 Kut War Cemetery is on the northern edge of the town, at the point where the Baghdad road enters it, 800 metres from the river.

Kut War Cemetery was completely renovated in 2014. Work carried out by the Commission in 2014 involved the general clearance of vegetation, the installation of a concrete retaining wall, raising of the cemetery levels, construction of a new shelter building, the formation of new headstone beams and the installation of 410 headstones.

Before considering a visit to Iraq the Commission strongly recommends that you check the advice given by the Foreign & Commonwealth Office on the travel section of their website: www.fco.gov.uk/en/travel-and-living-abroad/travel-advice-by-country/.

Whilst the current climate of political instability persists it is extremely challenging for the Commission to manage or maintain its cemeteries and memorials located within Iraq. Whilst travelling to parts of Iraq may not be possible, a two volume Roll of Honour listing all casualties buried and commemorated in Iraq has been produced. These volumes are on display at the Commission's Head Office in Maidenhead and are available for the public to view.

In April 1915, the Indian Expeditionary Force 'D', which had landed at Fao the previous November, began its advance inland with the intention of clearing Turkish forces out of south-west Iraq. Amara was occupied in early June and the advance continued along the line of the Euphrates to Nasiriya, and along the Tigris to Kut, which was taken on 29 September. The advance to Baghdad was resumed on 11 November, but was brought to a standstill against the strong Turkish defences at Ctesiphon on 22-24 November. By 3 December, the force, comprising chiefly the 6th (Poona) Division of the Indian Army, was back in its entrenched camp at Kut, where they were besieged by Turkish forces. Heavy casualties were suffered in desperate but unsuccessful attempts to reach the town and raise the siege in January, March and April. The garrison was forced to capitulate on 29 April 1916 and nearly 12,000 men were taken prisoner, many of whom later died in captivity. The town was reoccupied by Commonwealth forces in February 1917 and at the end of June it became an administrative, railway and hospital centre. Kut War Cemetery was made by the 6th (Poona) Division between October 1915 and May 1916 and was increased in size when graves were brought in from other sites after the Armistice. The cemetery now contains 420 First World War burials.