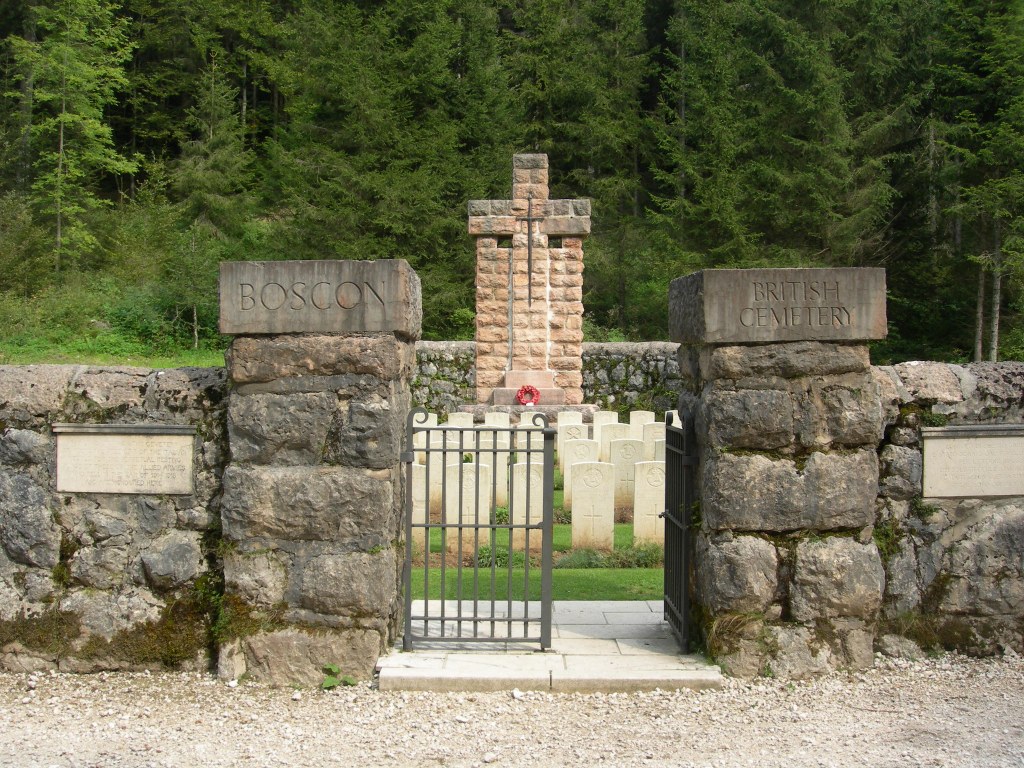 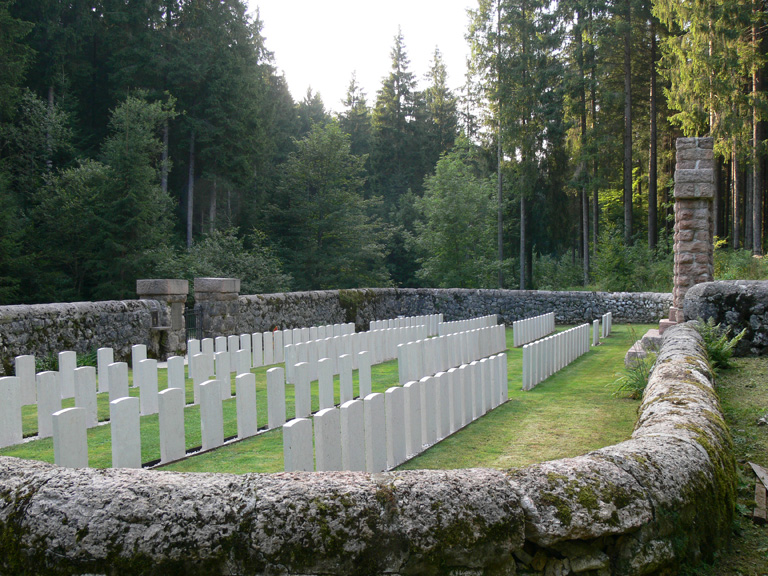 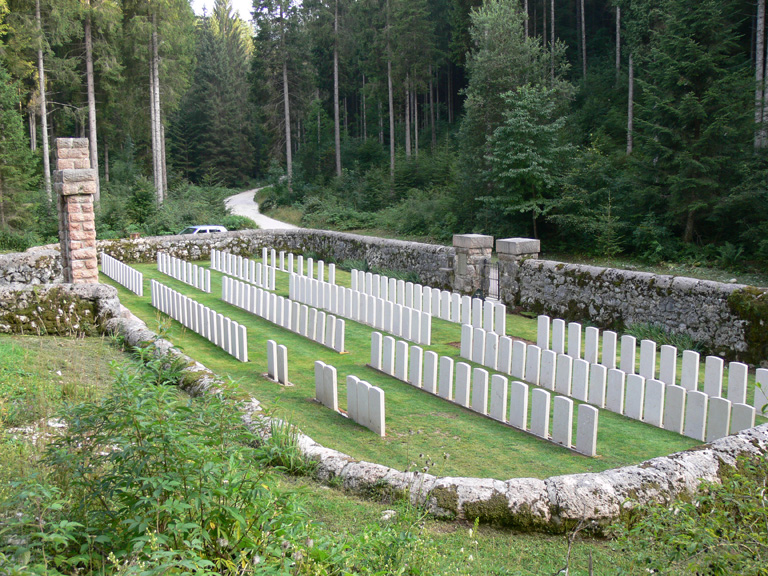 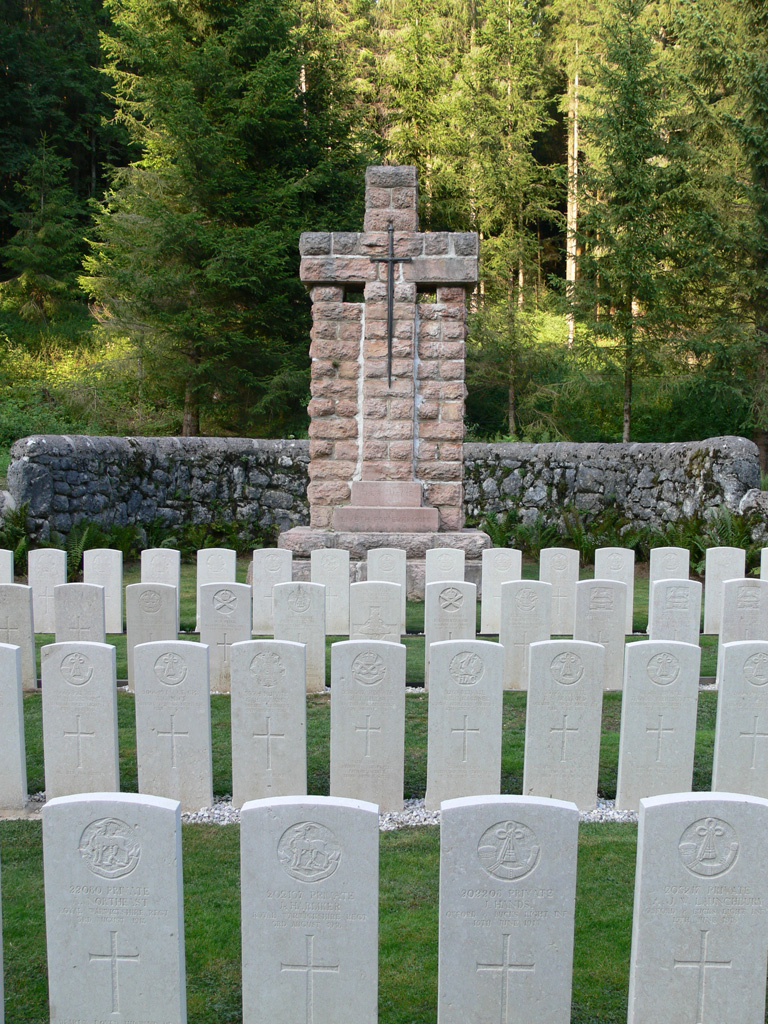 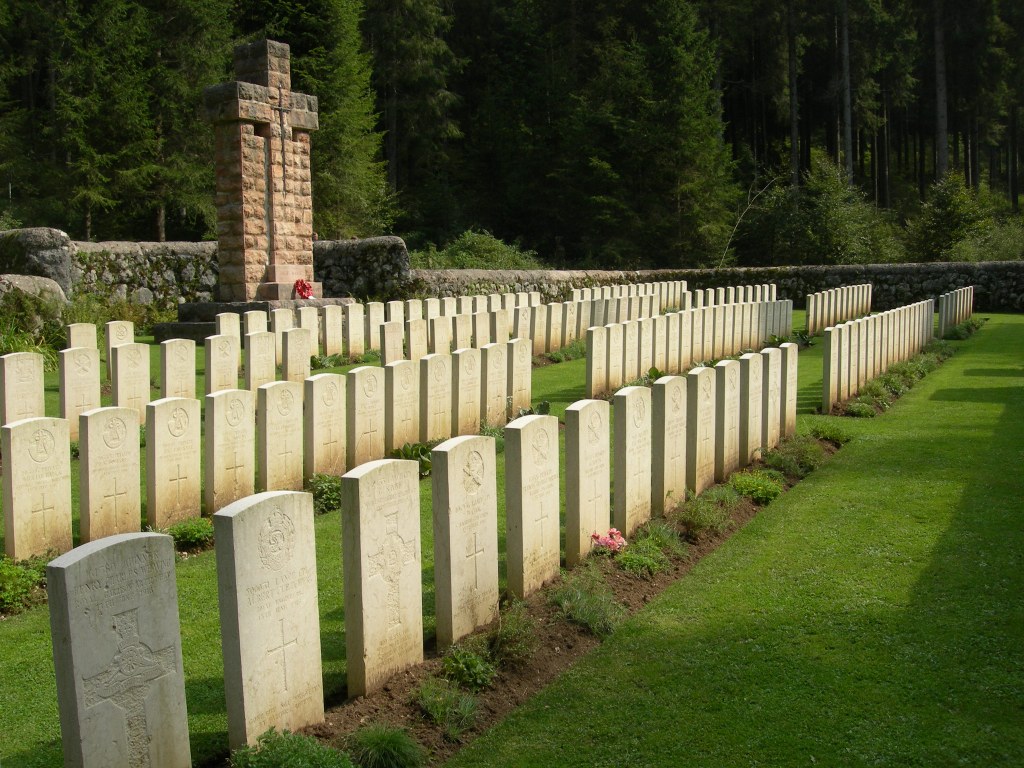 One of the 5 cemeteries situated on the Asiago Plateau, in the province of Vicenza in the Veneto region. The cemetery lies about 6.5 kilometres south-east of Asiago. It is equidistantly west of Cesuna and south of Canove. From Asiago take the SP349 in the direction of Canove di Roana and Cesuna. In Canove di Roana turn left onto Via Monte Lemerle and after 1.8 kilometres there is a sign post to the cemetery to the left, adjacent to the parking/picnic area. This is a rough track, open to vehicles in the summer months and part of a cross country ski track in the winter. The cemetery is 1.8 kilometres from the main road in Boscon wood. Cemetery address: 36010 Roana VI. GPS Co-ordinates: N 45.837037, E 11.481528.

The cemetery is permanently open however from November to May it is rarely accessible due to deep snow falls.

The Italians entered the war on the Allied side, declaring war on Austria, in May 1915. Commonwealth forces were at the Italian front between November 1917 and November 1918.

In March 1918, XIV Corps (the 7th, 23rd and 48th Divisions) relieved Italian troops on the front line between Asiago and Canove, the front being held by two divisions with one division in reserve on the plain. The French held the line to the left, with the Italians to the right.

The front was comparatively quiet until the Austrians attacked in force from Grappa to Canove in the Battle of Asiago (15-16 June 1918). The Allied line was penetrated to a depth of about 1,000 metres on 15 June but the lost ground was retaken the next day and the line re-established. Between June and September, frequent successful raids were made on the Austrian trenches.

In October, the 7th and 23rd Divisions were sent to the Treviso area of the River Piave front. The 48th Division, which remained in the mountains as part of the Italian Sixth Army, played an important part in the Battle of Vittorio Veneto (24 October-4 November 1918) in which the Austrians were finally defeated.

Boscon British Cemetery is one of five Commonwealth cemeteries on the Asiago Plateau containing burials relating to this period. 166 First World War servicemen are buried or commemorated here by special memorial. A number of the graves were brought in from other cemeteries after the war.

The cemetery was designed by Sir Robert Lorimer.