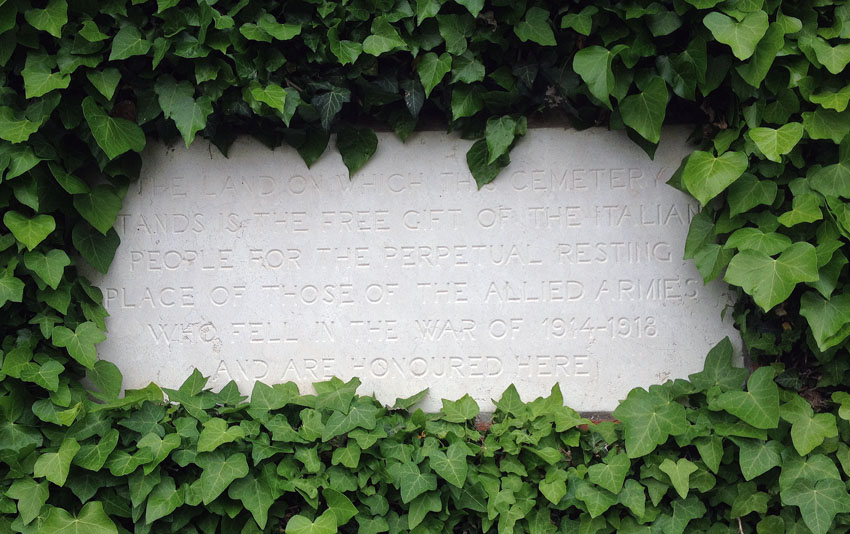 Wheelchair access to this site is possible via an alternative entrance. For further information and enquiries please contact enquiries@cwgc.org

The Italians entered the war on the Allied side, declaring war on Austria, in May 1915. Commonwealth forces were at the Italian front between November 1917 and November 1918, and rest camps and medical units were established at various locations in northern Italy behind the front, some of them remaining until 1919. From the Summer of 1917 until late 1918, the Mediterranean lines of communication for the British Salonika Force ran the length of Italy from Taranto in the south-east, to Turin in the north-west. In 1917, Faenza became No.3 Rest Camp on the Mediterranean Lines of Communication and the Headquarters of a Lines of Communication area. It was also the site of a supply depot and of military general hospitals. The Commonwealth plot in the communal cemetery contains 54 First World War burials.