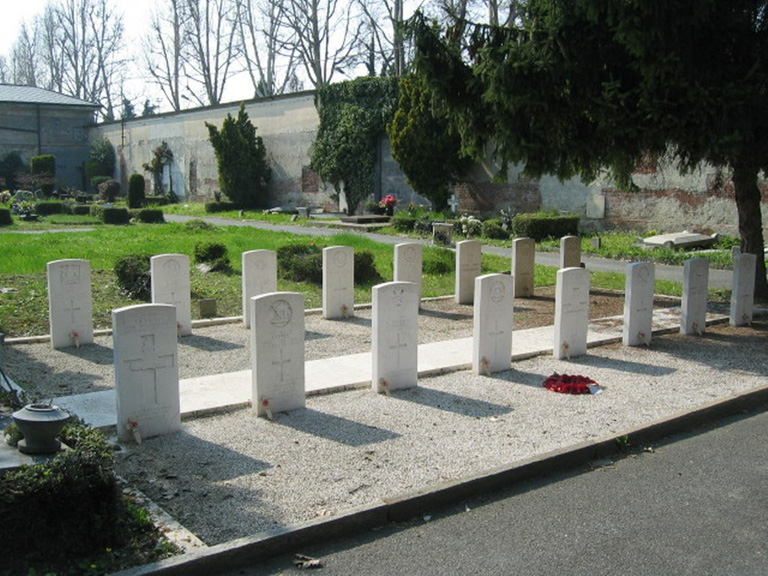 The cemetery (the "Cimitero Generale") is North-East of the Central station. All the Commonwealth war graves are in the "Reparto Evangelico", in a small plot against the North-West side of the cemetery. The nearest entrance is at Corso Regio Parco, 80. The main entrance is: Corso Novara, 137 - 10154 Torino. GPS Co-ordinates: 45.078066, 7.702382.

Turin Town Cemetery is open Tuesdays to Sundays between 08:30 and 17:30. Closed on Mondays.

The Italians entered the war on the Allied side, declaring war on Austria, in May 1915. Commonwealth forces were at the Italian front between November 1917 and November 1918, and rest camps and medical units were established at various locations in northern Italy behind the front, some of them remaining until 1919.

From the Summer of 1917 until late 1918, the Mediterranean lines of communication for the British Salonika Force ran the length of Italy from Taranto in the south-east, to Turin in the north-west.